Andy Cohen has some news for the world – apparently we’ve all been saying Khloé Kardashian’s name wrong.

Yep, according to the Bravo head honcho we need to start paying proper attention to the accent on the Keeping Up With The Kardashians star’s name.

Speaking during his appearance on Monday’s The Tonight Show With Jimmy Fallon, Andy spilled the tea about how to pronounce the Good American founder’s name.

Jimmy began: ‘I was talking to you backstage, I said, “You talked to Khloe Kardashian,” and you said, “I’m pronouncing her, we’ve all been, pronouncing her name wrong this whole time”.’

Andy was discussing his time interviewing the Kardashian family for his new E! series, For Real: The Story of Reality TV. 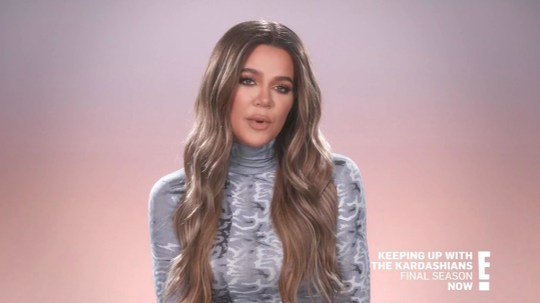 He said that his pronunciation even managed to shock the family in the process as he continued: ‘I walked in, I go [Khlo-Ay] and the other women go, “Excuse me?”

‘And Kris [Jenner] said, “Yeah, that’s actually really how it’s pronounced”. There’s a little thing on top of the name, why am I the only one that got that? I got the memo.’

The longtime TV personality also opened up about the extensive process he went through to film with the family in the middle of a pandemic.

He explained: ‘It was a trip going to the Kardashians’ house. You’ve gotta go through all these gates. I had to get a COVID test before I went there.

‘I said, “Oh you want to give me the results of the COVID test?” They said, “Go to [Khlo-Ay]’s and if the second gate opens, you’re negative.’

Andy continued: ‘And the gate opened and I was like, “Alright, I don’t have COVID.”‘

The TV star admitted how impressed he had been about the Kardashians’ at-home backdrop as he added: ‘The lighting setup is very intense. They looked so beautiful, and they’re all casually hanging out on these swings behind [Khlo-Ay]’s house. It was wild.’

For Real: The Story of Reality TV premieres Thursday on E! in the US.

Music venues after a year of lockdown: “We’re not safe yet – we’re on the edge”