Watch as her skintight leather pants SPLIT wide open in a wardrobe malfunction on Monday’s episode of American Idol. 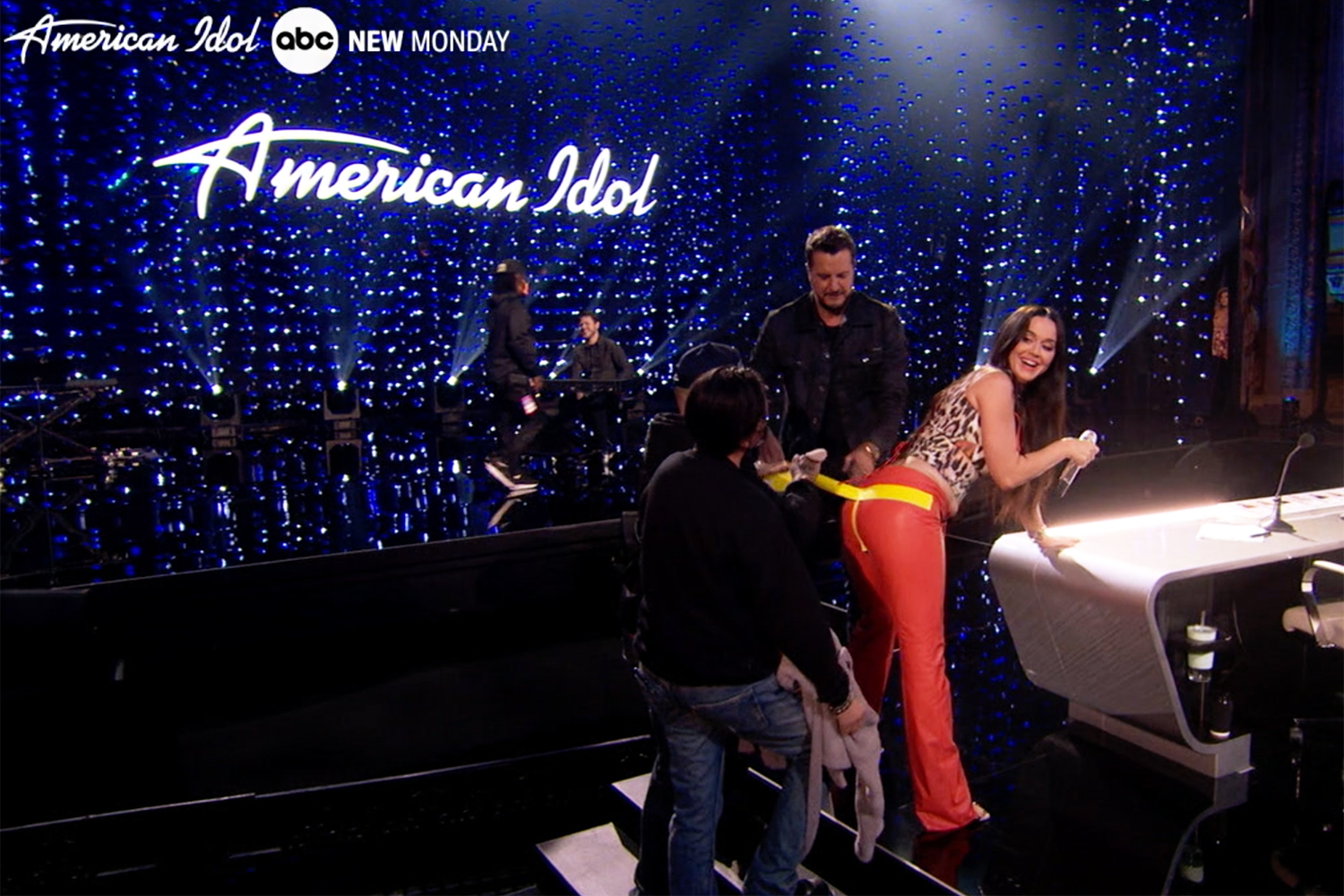 The American Idol judge then had her pants taped back up on-screenCredit: ABC

Katy, 37, ripped into a surprise rendition of her 2009 hit Teenage Dream in a preview for March 28th’s episode first obtained by People.

But that was not the only thing that ripped as her skintight red leather pants did just that.

The hitmaker paired the lyrically appropriate pants – the No. 1 single mentions “skintight jeans” – with a tight curve-flaunting cow-print top as she sang.

She was accompanied by judges Luke Bryan and Lionel Richie who sang along with piano backing until the tear.

The contestants – who stood up and sang as well – are duking it out in Hollywood Week, which means they’ve made the first cut and are now being paired off for more performances.

As Katy sang the “skintight jeans” portion of the song, a RIP was audible as she bent down crooning.

The remaining hopefuls, who all received “platinum tickets” of approval during their first auditions, gasped in surprise.

“They busted,” Luke, 45, yelled, while the contestants started to laugh and pointed and a show logo covered up the evidence.

“The concert is officially over!” added Lionel, 75.

Katy then begged for assistance, cutting the song short and asking “can I get some tape – some gaffer tape?”

In classic carefree Katy fashion, the star then remained bent over the judge’s table as crew as well as Luke began taping up her red pants with yellow tape.

Katy then continued on with the show as a large yellow T of tape could be seen across her rear end.

During 2018’s season, Katy suffered a similar sticky situation when she taped up her dress.

In a clip the megastar then shared to Twitter, Katy LIFTED up her silver dress to reveal her outfit had ripped and flaunted her bare bottom to the judges and contestants.

“I have good news and bad news today – I won’t be able to live stream #AmericanIdol today but I CAN promise you some pants splitting fun,” she tweeted.

The singer’s “fun” spirit was also on full display during her $163M 2021 Las Vegas residency featuring setpieces like a massive toilet and backup singing frogs.

The winner of American Idol 2020 was Just Sam, née Samantha Diaz, who is a 23-year-old singer-songwriter from Harlem, New York.

The winner of American Idol 2021 was Chayce Beckham, 26, a singer-songwriter from Apple Valley, California.

Fans can watch this season of American Idol weekly on Sundays at 8pm ET, on ABC. 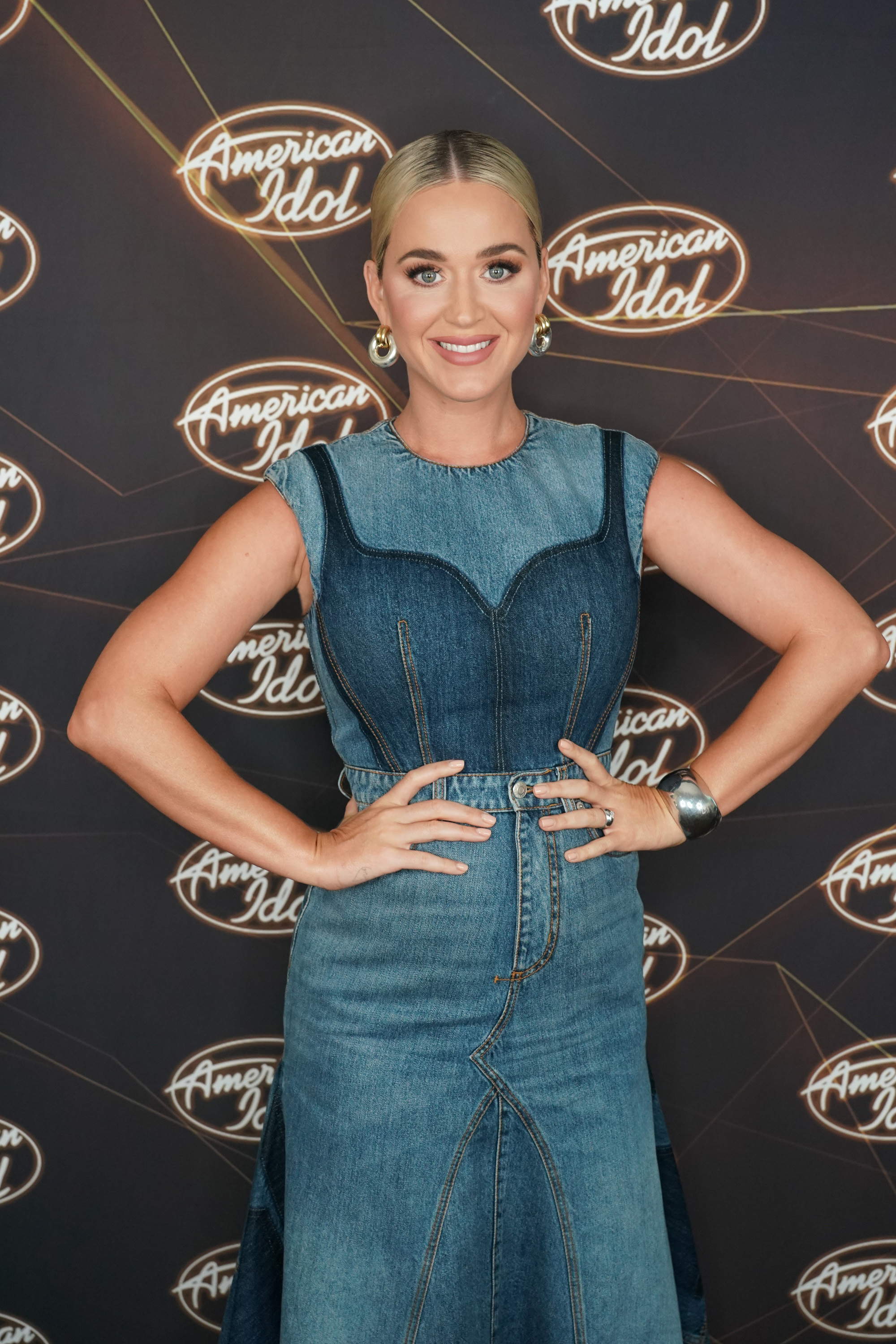 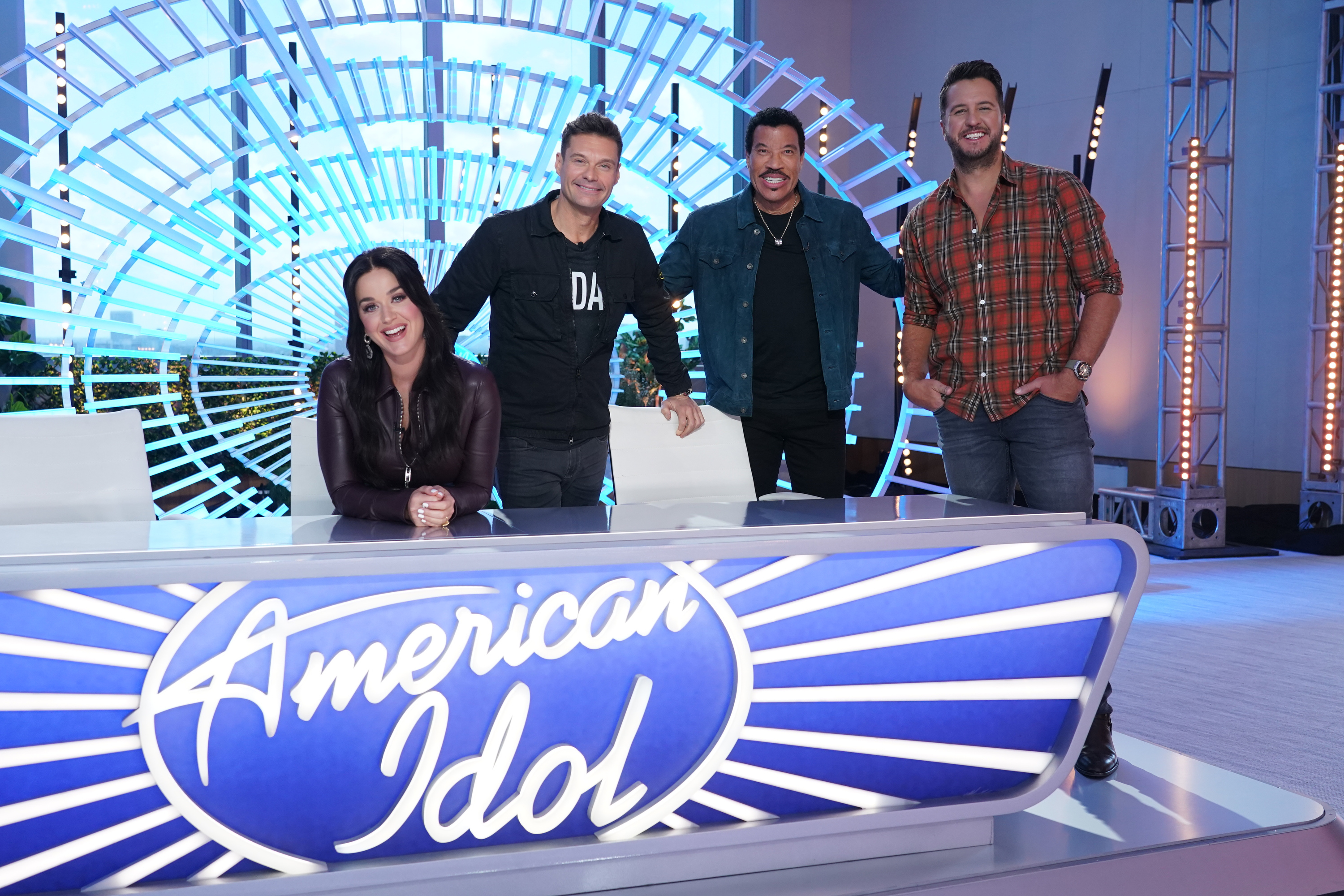 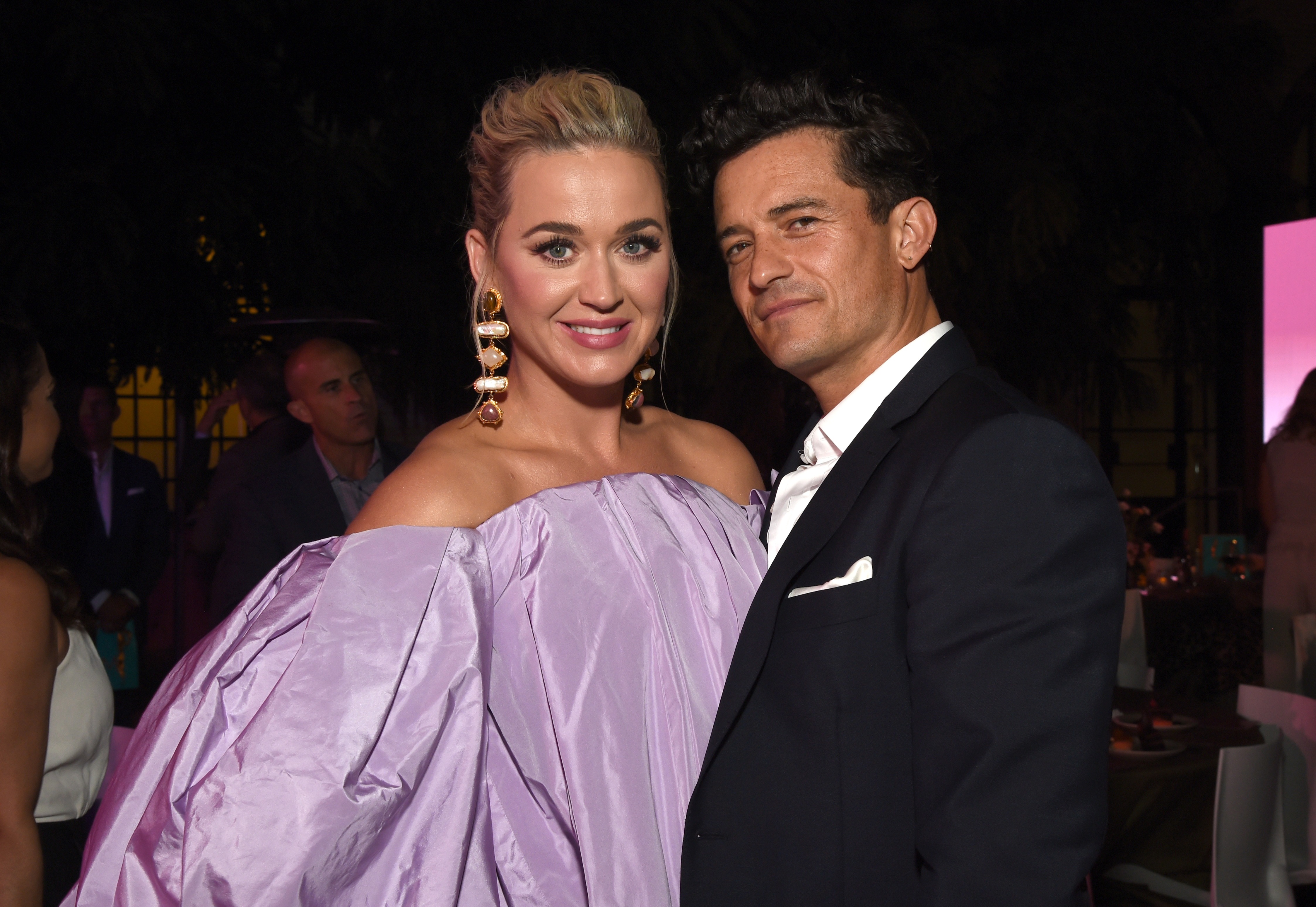 The singer is married to Orlando BloomCredit: Getty