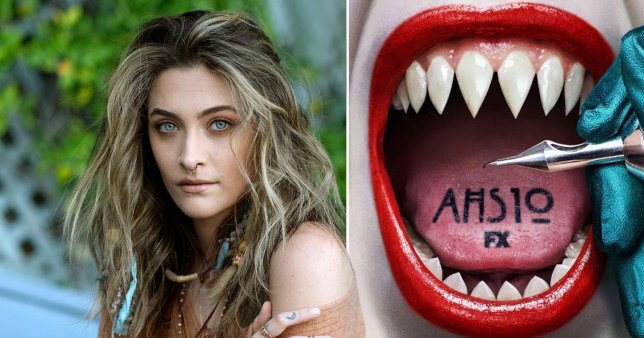 Michael Jackson’s daughter, 23, is rumored to be starring in at least one episode in the Ryan Murphy’s show’s highly-anticipated return.

Not much is known about the upcoming series, however, we do know it will be split into two mini-seasons.

Titled American Horror Story: Double Feature, it will include ‘one story by the sea, and one by the sand’.

TMZ has reported that Paris will be appearing in the second half of the upcoming season, ‘by the sand’.

Paris will be joining her godfather Macaulay Culkin on the show, who was recently snapped filming on set.

Series creator Ryan Murphy put AHS fans out of their misery when he dropped the full cast list for the upcoming series, which will see the return of Sarah Paulson and Evan Peters – as well as newcomer Kaia Gerber.

Sarah, who’s starred in every series since the first, but skipped on last year’s slasher-inspired 1984, had recently confirmed her return to the show.

It was also announced that the hit horror-anthology had been renewed for three more seasons by home channel FX.

Speaking about the decision, John Landgraf, FX Networks and Productions chairman, confirmed the news at the Television Critics Association and said: ‘Ryan [Murphy] and Brad [Falchuk] are the undisputed masters of horror TV, having created the anthological limited series with American Horror Story and sustaining its success for nearly a decade as FX’s highest-rated series.’

‘We are grateful to them and Dana Walden and our studio partners for committing to another three years.’

Metro.co.uk has reached out to Paris Jackson’s reps for comment.