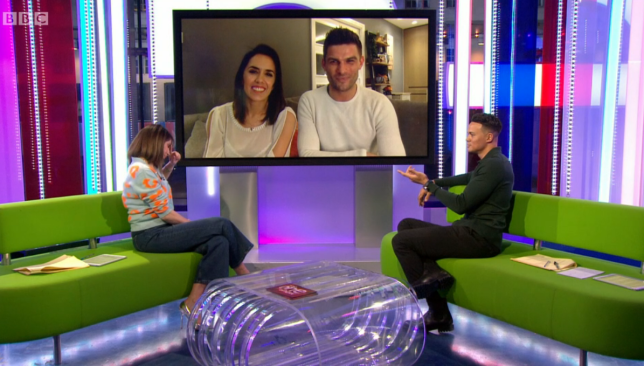 Alex Jones awkwardly thought the couple had had a baby (Picture: BBC One)

Alex Jones was left red-faced after she mistakenly believed Strictly Come Dancing stars Aljaz Skojanec and Janette Manrara had welcomed a baby after the pair posted pictures of a newborn.

The presenter revealed she genuinely began wondering if Janette would take part in the next series of Strictly while pregnant, until she was told it was actually Aljaz’s sister who had had a baby girl.

The dancers appeared from home on Tuesday night’s episode where Alex made her confession.

SHe told them: ‘Last week all I saw, because I sort of skim-read, was “baby news, Aljaz and Janette!” and I was like, “Oh they’re having a baby, that’s lovely news.” But you’re not having a baby, they tell me…’

The couple started laughing as Aljaz explained: ‘No, my little sister gave birth to a beautiful little niece so that’s the baby news.’

When her co-host Jermaine Jenas pressed her to ‘tell the whole story’, she continued: ‘I sent a little message saying congratulations which would have been okay as it still makes sense with the sister. But I was like: “Oh my god, is Janette going to do Strictly? How will it work?” 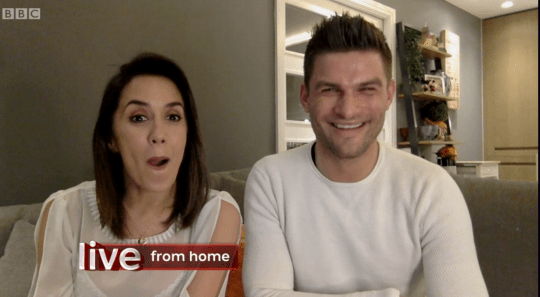 ‘I was way ahead – slightly awkward!’

The married couple were forced to live apart during Strictly last year as the series took place amid the pandemic.

Speaking about being apart from Janette to form a bubble with radio presenter Clara Amfo, he said: ‘I think it’s a small sacrifice that most of us pros had to make.

‘Some have kids they’re not going to see for a while.

‘We’ve been together for over 10 years and as she would say, sometimes it’s good not to see each other for a while.’

To All The Boys: Noah Centineo reveals sweet prop he stole from set