Alex Beresford has slammed Boris Johnson over the clash regarding post-Brexit fishing in Jersey, questioning whether it was a ‘political stunt’.

Earlier this week, it was reported that the UK had sent navy vessels to Jersey after France threatened to cut off the island’s electricity and French fishermen warned that they were considering a blockade to prevent supplies from being delivered.

The row came about after Jersey introduced new requirements stipulating that boats would need to provide evidence of past fishing activities in order to obtain a licence to operate in the island’s waters, as part of a trade deal between the UK and the EU.

During Friday’s edition of Good Morning Britain, Alex decided to question Conservative Party co-chair Amanda Milling about the incident while talking about yesterday’s local elections alongside his co-host Kate Garraway.

‘Well you delivered on Brexit, as in you got Brexit done. But fishing is still very much up in the air. We saw what happened yesterday in Jersey. Was that a very well-timed political stunt by Boris Johnson?’ he said.

In response, the politician said it was ‘absolutely not’ a stunt. 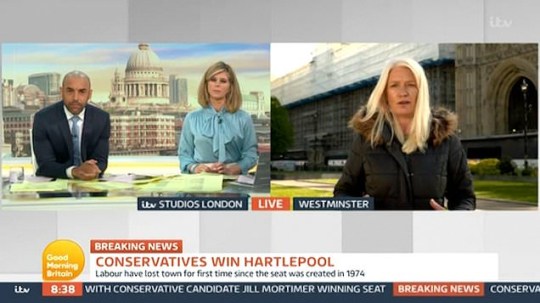 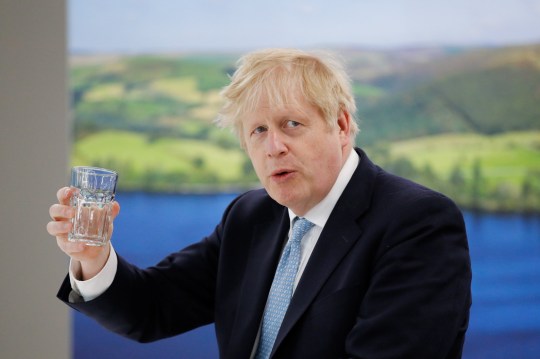 ‘It was absolutely essential that the prime minister made the decision to protect Jersey, and that’s what happened yesterday,’ she said.

‘I’m pleased that we got to a position of resolution and the vessels have come back to docks. But it was the right thing to do to protect the people of Jersey.’

In light of the disagreement between France and the UK regarding fishing around Jersey, France accused the UK of being in breach of the Brexit agreement made with the EU in 2020.

‘The prime minister and chief minister stressed the urgent need for a de-escalation in tensions and for dialogue between Jersey and France on fishing access,’ a spokesperson said.

‘The prime minister underlined his unwavering support for Jersey. He said that any blockade would be completely unjustified. As a precautionary measure the UK will be sending two Offshore Patrol Vessels to monitor the situation.

‘They agreed the UK and Jersey governments would continue to work closely on this issue.’