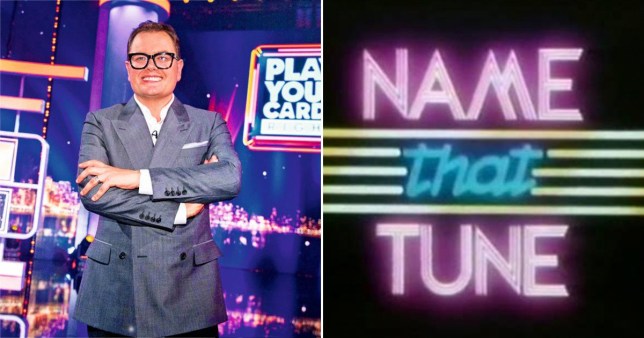 Viewers tuning in to watch the latest episode of Alan Carr’s Epic Gameshow have called for Name That Tune to make a permanent comeback, with one person describing the edition as a ‘class show’.

On ITV’s Alan Carr’s Epic Gameshow, hosted by the Chatty Man himself, each episode sees contestants take part in revised versions of past gameshows aired on the TV channel.

Name That Tune, based on the US programme of the same name, aired for several years over the course of the seventies, eighties and nineties, last being hosted by Jools Holland in 1998.

With music accompaniment from pop sensation Sophie Ellis-Bextor, the contestants had to ‘name that tune’ for a variety of tracks, with Danielle managing to name Wham!’s Wake Me Up Before You Go Go after hearing just one note and a clue from Alan.

While watching Alan’s gameshow, several viewers said how much they would like to see Name That Tune return as a regular series.

ITV, I hope this isn’t a one off. Make this a regular series. #NameThatTune

‘We need #NameThatTune every week! Class show,’ one person tweeted.

‘They really should bring #NameThatTune back,’ another said.

Someone else remarked: ‘ITV, I hope this isn’t a one off. Make this a regular series. #NameThatTune.’

‘Let’s start a petition for Name that tune to each regular show #EpicGameshow,’ another wrote.

Other gameshows to have featured on series two of Alan Carr’s Epic Gameshow include Play Your Cards Right Celebrity Special, Bullseye and The Price Is Right, with next week’s episode being based on Strike It Lucky.

Last month, Alan spoke about how following a 2016 Stand Up To Cancer special, some people believed that The Chase star Anne Hegerty was his mum.