Alan Carr was all smiles during the latest episode of Interior Design Masters, after contestant Lynsey Ford revealed that she’s expecting a baby.

As the competition heats up, the Chatty Man star checked in on the contestants, to find out how they’re coping.

Lynsey, who has been away from her partner for the series, took the opportunity to reveal the exciting news, saying: ‘It’s tiring and I’ve got a baby coming as well!’

‘Oh my god!’ Alan excitedly responded, before adding: ‘I thought you’d just eaten too much fish and chips by the seaside!’

Clearly not fazed, Lynsey responded: ‘I’m at that horrible stage where it just looks like you’re bloated,’ with Alan joking: ‘Oh my god, we’re so similar.’

Opening up on the show, Lynsey explained: ‘I probably wouldn’t have planned pregnancy this way but you know, I’m fit and healthy, I’m not having problems doing both. We’ll see how it goes!’ 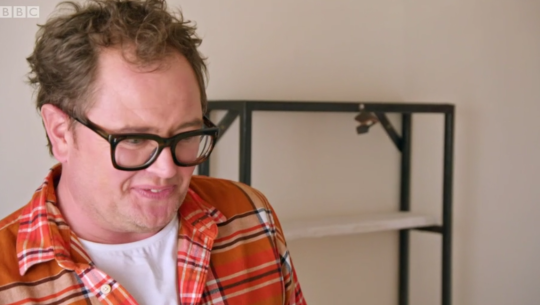 Alan Carr was delighted at the news (Picture: BBC)

On this week’s episode, the designers were challenged to do up their own beach huts on their very first solo project.

While their efforts were somewhat foiled by a seaside storm, the contestants definitely managed to impress. 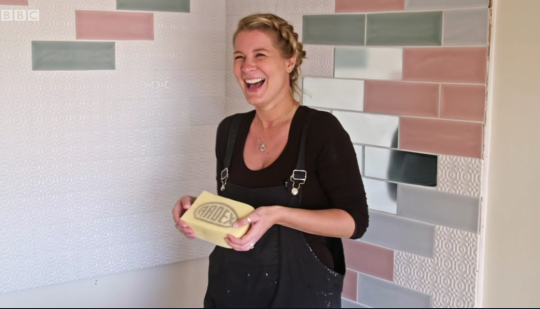 Viewers were particularly taken with Lynsey’s efforts, which saw her use mirrored tiles so as the sea could be seen from all angles.

Judge Michelle Ogundehin, however, described her hut as a little ‘busy’.

Nevertheless, the comedian was keen to stand up for Lynsey, telling Michelle that she ‘delivered’ on the storage part of the brief, describing her hut as ‘ingenious’.

The competition, hosted by Alan after he took over from Fearne Cotton, sees incredible interior designers battle for a life-changing contract.