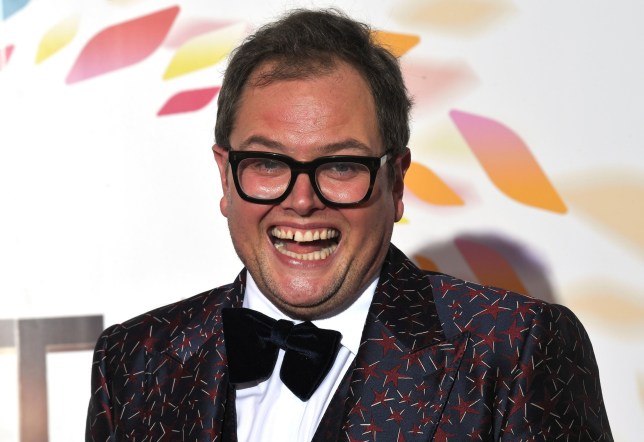 Carr, Blimey – he’s back doing what he does best (Picture: Getty)

Comedian Alan Carr feels like a permanent fixture on UK TV – having just finished his second series as a regular judge on RuPaul’s Drag Race UK, he returns with the second series of his Saturday night favourite Alan Carr’s Epic Gameshow.

Alan Carr’s Epic Gameshow first aired in 2020 and saw Carr bring back plenty of old favourite gameshows, like The Price is Right, for both celebrity and non-celeb guests.

The second series will launch with a celebrity special of the legendary Play Your Cards Right. The big-name couples vying to win the jackpot for their charity of choice include Harry & Sandra Redknapp, Nicola Adams & Ella Baig, Martin & Shirlie Kemp and Catherine Tyldesley & Tom Pitfield.

Ahead of the new series, let’s take a look back at Alan Carr’s career, from early stand-up to primetime TV.

How old is Alan Carr?

Carr is 44 years old, and has been working in comedy for nearly two decades now.

Born in Weymouth, Dorset, Carr is the son of former Northampton manager Graham Carr and grew up in Northampton, eventually moving to Manchester when he was in his early 20s to pursue a career in stand-up comedy.

He became a regular at the city’s Comedy Store, while his breakthrough came in 2001 when he was named City Life’s Newcomer Of The Year as well as winning the BBC’s Best New Stand-Up award.

Alan went on to find fame on the small screen as co-host of Channel 4’s The Friday Night Project, which ran from 2006-2009 (latterly becoming The Sunday Night Project), alongside Justin Lee Collins, before going solo and fronting Alan Carr’s Celebrity Ding Dong in 2008.

However it was as the host of his talk show Alan Carr: Chatty Man that he really became a household name.

Although there are no current plans for a new series, Channel 4 has confirmed that the door has been left open for Alan to potentially bring the show back in the future.

More recently, he also hosted Channel 4’s 2018 coverage of Crufts alongisde Clare Balding – while he’s also been involved with Stand Up To Cancer in the past, having co-hosted three previous telethons dedicated to the charity in 2012, 2014 and 2016.

Who is Alan Carr married to?

Alan – who is estimated to have a net worth of £10m – married his partner of more than ten years Paul Drayton in 2018. 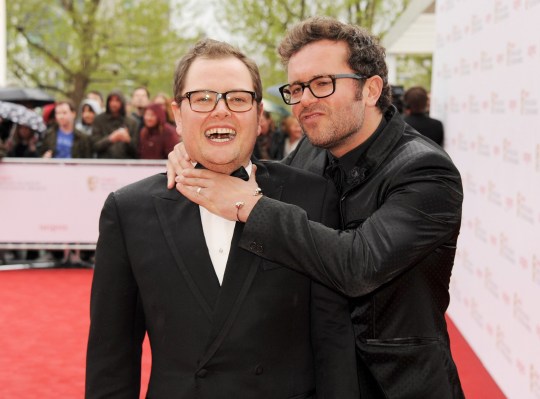 The pair became engaged in 2016 following a proposal in which Paul placed an engagement ring in his dessert, and the comedian mistook it for a dislodged filling before realising what it actually was.

Alan and Paul tied the knot in Los Angeles in January before heading off to Mexico for their honeymoon – and as Alan revealed, singer Adele hosted the whole thing in her back garden.

‘We’ve known her for ages and when we told her we were getting married she said, ‘Can I please plan the whole day for you?’ ‘So she organised everything. She’s the kindest, sweetest, most generous person ever.’