30 years ago, Disney made history, creating the first princess of colour – Jasmine.

With her tiger Raja and her powerful will for independence, Jasmine changed the childhoods of people around the world, finally giving people of colour a Disney princess and storyline to relate to.

As the iconic film celebrates its 30th anniversary, Metro.co.uk heard from four women of colour about what Princess Jasmine, and Aladdin as a whole, meant to them.

Trishala: ‘Aladdin resembled a culture I could relate to’ 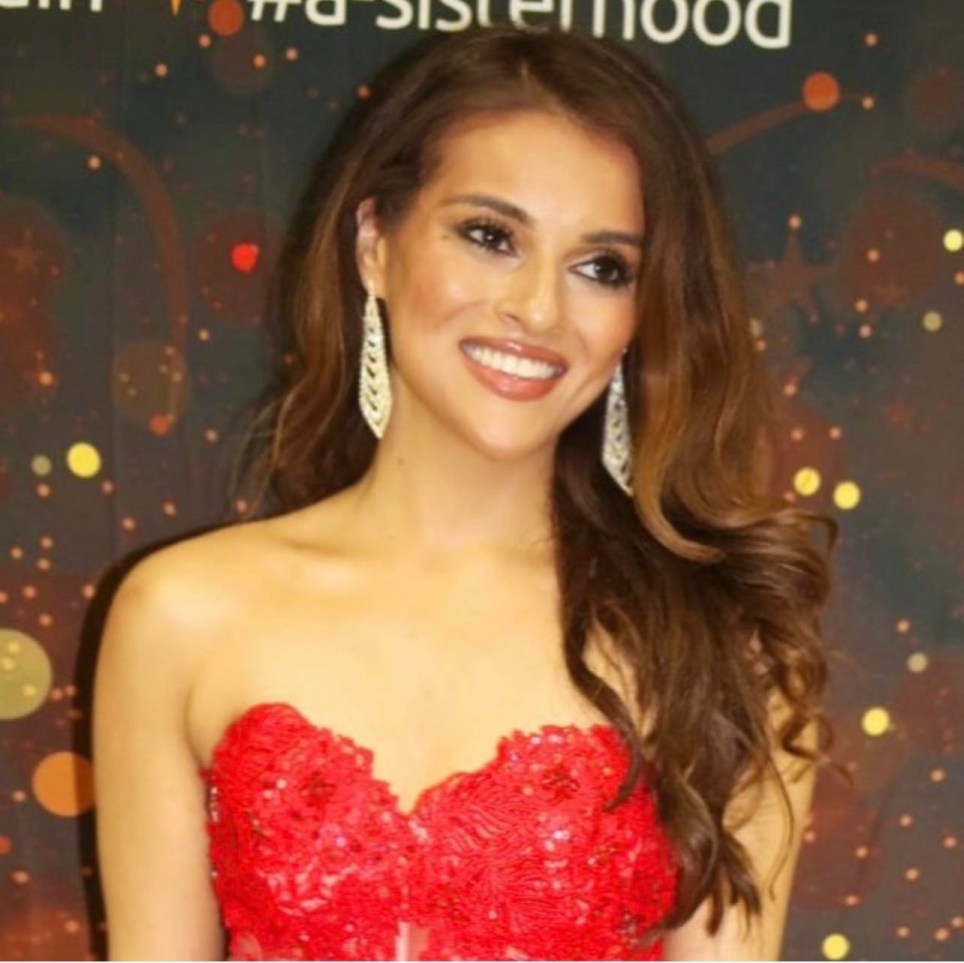 Trishala felt like she could relate to the Disney character (Picture: Trishala Lakhani)

Trishala Lakhani, 27, recalled how mesmerising watching Aladdin was for the first time, and being able to relate to the culture embodied in the film.

She said: ‘My first memory of watching Aladdin was honestly mesmerising! I remember looking at Princess Jasmine and just being in awe of how beautiful and graceful she was. I remember seeing the authentic buildings of Agrabah and the beautiful outfits, and feeling a sense of belonging and relatability as it resembles a culture that I could personally relate to.’

She also told us about the importance of Jasmine being the princess of colour. ‘Princess Jasmine being the first brown princess is incredibly important; it was a historic moment in promoting diversity, and celebrating inclusivity,’ she said, highlighting how important it was for Jasmine to be a role model to young girls, especially when in Asian cultures and around the world, ‘being fair coincides with wealth and beauty’. 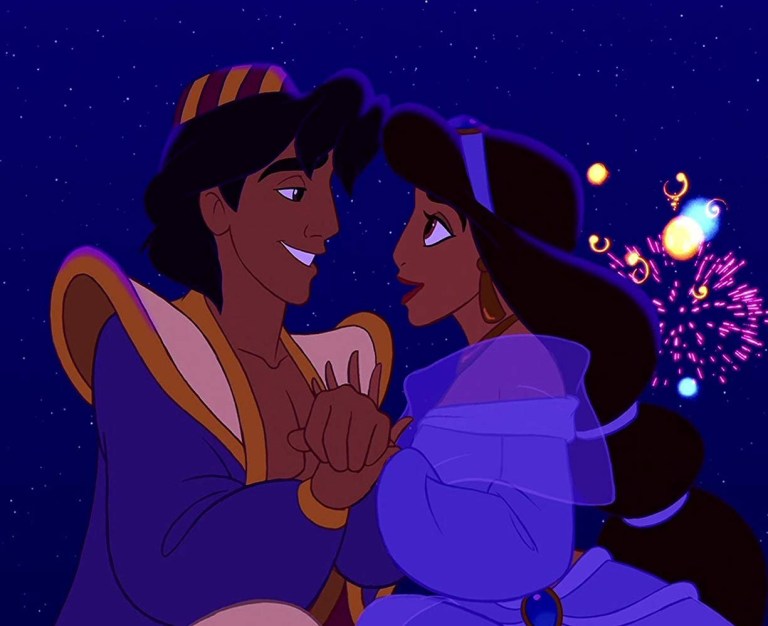 She continued: ‘Growing up in England, in a Caucasian suburb of London, seeing someone who looks like Princess Jasmine in mainstream television, definitely brought a sense of belonging and inclusivity.

Suraj: ‘I cosplayed as Princess Jasmine and felt the most comfortable in my own skin’ 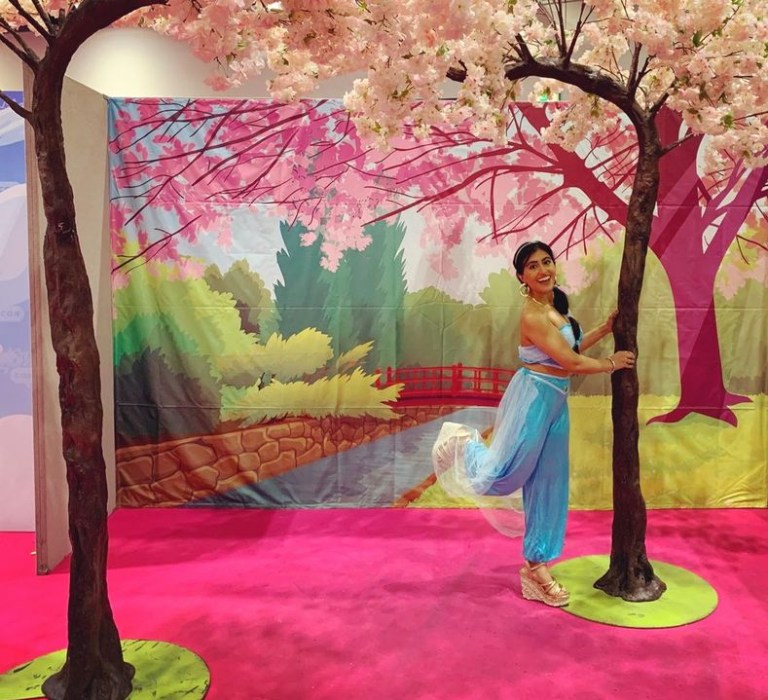 Suraj even delighted some young Aladdin fans by taking pictures with them (Picture: Suraj)

Suraj, 32, cosplayed as Princess Jasmine for the first time this year, revealing it let her feel the ‘most comfortable in my own skin’.

‘My first memory of watching Aladdin is seeing a Princess on screen who was courageous by standing up for what she believed in and not afraid to speak her mind,’ she told us, adding: ‘One thing that sticks out in my mind is I had a few dolls growing up and when my friends would come over to play, I remember feeling a sense of excitement when I would pick up my Jasmine doll as I felt she looked like me.

‘Growing up there weren’t many characters from TV shows or movies who I felt looked like me, so to me, the representation gave me a sense of inclusion.’ 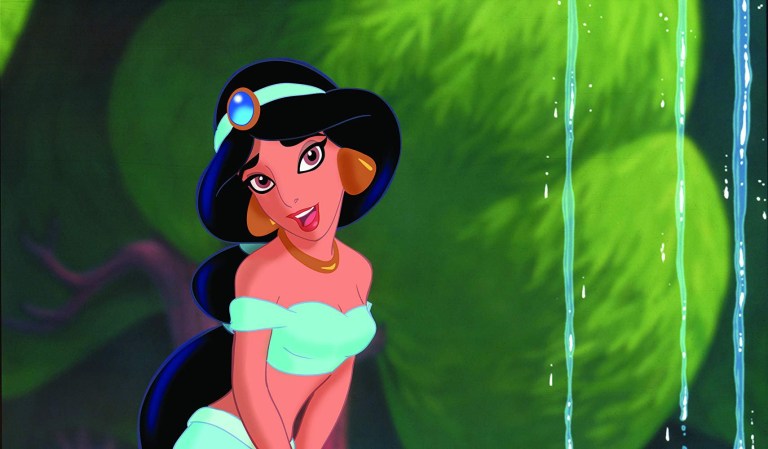 She was voiced by Linda Larkin in 1992 (Picture: Disney)

Speaking about her experience cosplaying as the Aladdin princess, she said: ‘I recently attended a convention where I decided to cosplay as Princess Jasmine. I have cosplayed before at a convention as a different character and really enjoyed it as with my experience of cosplay, there is always a real sense of diversity and the cosplay community have always been so welcoming.

‘However, walking around the venue this year dressed as Princess Jasmine I felt the most comfortable in my own skin. The most profound moment for me was when a couple of parents asked me to take photos with their children whose favourite character was Princess Jasmine – putting a smile on their faces and seeing how excited they were in that moment was really wholesome.’

Dina: ‘She taught me not to settle for anyone less in life’

Dina Kukadia, 39, told us how Jasmine’s resilience in the Disney film impacted her later on in life, teaching her ‘not to settle’.

She shared: ‘My first recollection of Princess Jasmine in Disney’s Aladdin was when I was nine years old. I vividly remember Jasmine’s long, flowy hair and her bold jewellery. I resonated with Jasmine’s persona because I too have long, dark hair and wear chunky jewellery which are very associative elements and common features in my Indian culture. At this young age, I admired the way Princess Jasmine carried herself so elegantly and embodied feminine qualities confidently.’

Dina also shared that she now channels the character in her day-to-day life as a performer, telling us: ‘Being a dancer, performer and choreographer, I have a modest belly-dancing costume which I occasionally wear for entertainment purposes at events.’ 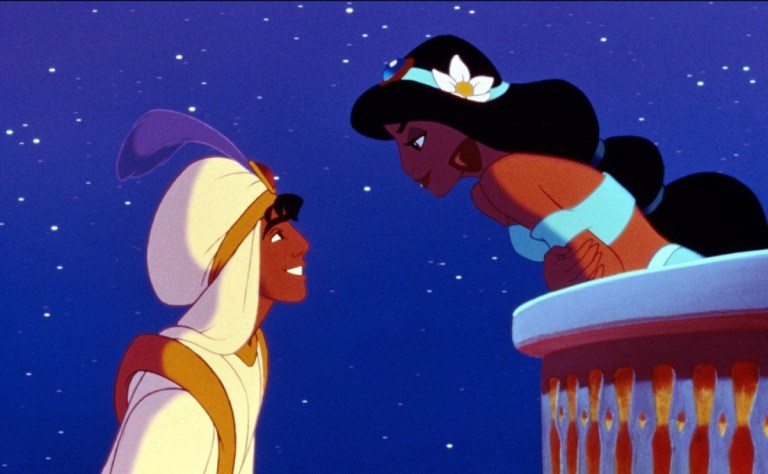 Dina elsewhere told us: ‘In a way Princess Jasmine’s character taught me a lesson to not settle for anyone or anything less than I deserve in life – you shouldn’t do what other people want you to do, you should do what’s best for you.’

Elisha: ‘I saw Aladdin for the first time as a child and went home that night thinking I was Princess Jasmine’

Elisha Deol, 34, remembers the first time she ever saw Aladdin, leaving the cinema and feeling like Princess Jasmine.

Recalling the memory of going to see the iconic film on the big screen, she told us: ‘The minute the film started, I could not care less about the treats, and I loved it. I was initially a bit scared of Jafar! He also looked like an uncle who I wasn’t a fan of, but I loved the Genie, Jago the parrot, the rug, and of course I went home that night thinking I was Princess Jasmine.’

Elisha continued: ‘Princess Jasmine being brown had a huge impact, although I probably never realised it at the time. She is always who I imagine when I think of a Disney princess and she was the first of a few others who I thought looked like me – Pocahontas, and Esmerelda from the Hunchback of Notre Dame also had the same effect.

‘I remember Princess Jasmine barbie dolls were released and immediately I had to have one. I used to brush her hair all the time and I really treasured her. Even when I cut her hair (after I myself had a short hair cut) I still remember thinking she was the most beautiful of the princesses.’

Elisha did point out though that she remembered feeling ‘upset’ that Jasmine never had ‘the big flouncy dresses’, like Cinderella or Snow White, and neither did Pocahontas or Esmerelda.

‘It was funny because at school when we used to play Princess, I was always Jasmine or Pocahontas so my friends who were white were clearly seeing that those characters related more to me than to them. Although I didn’t know it then I sometimes think back to those times now, if there hadn’t been a Jasmine or Esmerelda I wonder who I would have been!?’