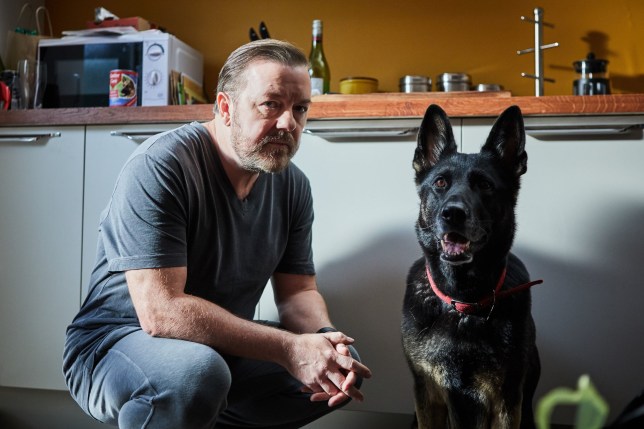 The third season of After Life is almost underway (Picture: Netflix/PA)

Ricky Gervais has confirmed the start date for filming of season three of his Netflix series After Life, with several fans expressing their excitement over the announcement.

Last May, The Office star Ricky confirmed that After Life would be returning for a third season.

Originally premiering in 2019, the show follows a man called Tony Johnson (played by Ricky) who is struggling to cope in the aftermath of the death of his wife Lisa (Kerry Godliman).

While the third season is going to be the last – according to the comedian – fans are eagerly anticipating the upcoming episodes.

In a new picture shared Twitter, Ricky, 59, is holding up a document for the ‘Day 1 Slides’ for the final series, with the date set for Monday April 19.

‘I’d better learn my lines,’ Ricky wrote in the caption, smiling in the photograph.

‘Yay!!!!!! My all time favorite show. It could have me laughing hysterically and then sobbing with minutes,’ one fan tweeted in response.

‘I loved, loved every second of it. So poignant and the acting superb. Not to mention your relationship with the dog, Brandy. I can’t wait for season three!!!’

‘Literally might rewatch the first 2 seasons over again, back to back. Amazing that such a sad story can warm your heart so much. So excited for this!’ another replied. 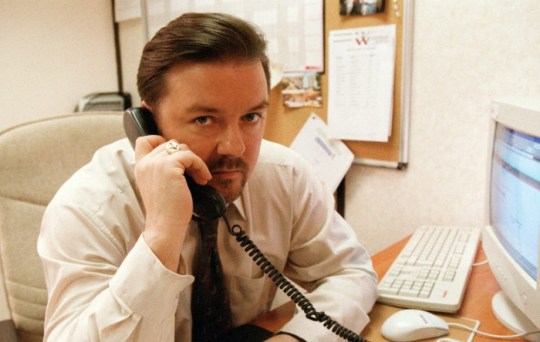 Ricky’s The Office only lasted for two seasons (Picture: BBC)

Someone else said that they’re not sure that they’re ‘emotionally ready’ for future instalments of the story.

In addition to starring and creating After Life, Ricky is also the director and an executive producer.

In September last year, he shared a sneak peek at the script for the third season, holding up the second draft to the camera.

Ricky typically sticks to a two-season rule with TV projects, having done so for The Office and Extras.

In June 2020, Ricky stressed that he’d made up his mind that there ‘won’t be a fourth’ season.

‘You never say never but you put those things out there to make you remember because it’s tempting, it’s very tempting,’ he told The Sun.

The first two seasons of After Life are available to watch on Netflix.