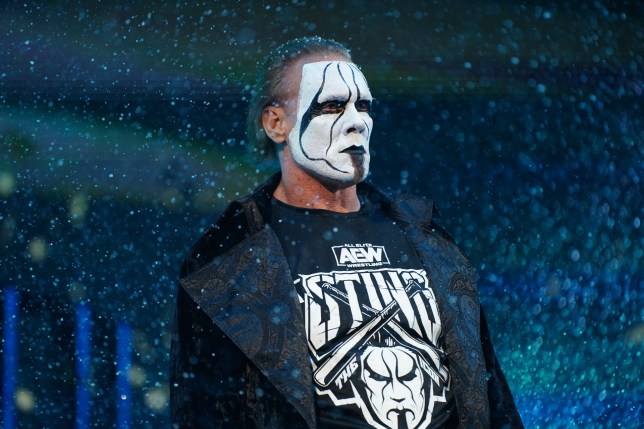 Sting makes his return to the ring tonight (Photo: AEW)

There’s a real buzz for AEW Revolution 2021 – and with good reason.

The wrestling promotion is geared up for a special show tonight, with legends returning to the ring, surprise debuts being promised – including one Hall of Fame-worthy signing, according to Paul Wight – and the small matter of an Exploding Barbed Wire Deathmatch.

Tony Khan’s company has stacked the card for March 7, with a cracking event on paper with some huge matches featuring the likes of ‘Big Money’ Matt Hardy against ‘Hangman’ Adam Page, Jon Moxley and Kenny Omega potentially getting blown up, and much more.

A lot of the excitement surrounding Revolution also comes from Wight’s tease of a huge signing, who Khan has revealed is one of his favourite wrestlers of all time.

With such a big night ahead, we’ve put together our usual pay-per-view guide with the full match card, streaming details and more.

AEW Revolution takes place on tonight (Sunday, March 7) with all the action on the main card kicking off at 1am for fans in the UK.

How can you watch AEW Revolution 2021?

For fans in the UK, AEW Revolution is available to order via Fite TV.

Meanwhile, those in the United States can get in on the action through either B/R Live or traditional pay-per-view.

There’s a lot on tap for this, with major matches filling the card from top to bottom with titles on the line, grudge matches and surprise competitors.

What can you expect from AEW Revolution 2021? New signing, Exploding Barbed Wire Deathmatch and more

Tonight’s show is stacked from top to bottom, with every match offering something different.

Seeing Sting step into the ring for the first time since WWE Clash of Champions 2015 will be special, and Darby Allin will undoubtedly benefited from fighting alongside the Icon.

Meanwhile, look to Jon Moxley and Kenny Omega to give fans something unique, violent and brutal with a nasty stipulation focused on blood and guts.

Such a graphic match won’t be for everyone – especially the fainthearted – but the challenger has promised something very special, and regardless of the smoke and mirrors it’s still two of the best in the world putting it all on the line

The other major talking point for tonight is undoubtedly the two mystery names, both in the ladder match and Paul Wight’s promise of a Hall of Fame-worthy signing.

Naturally, the wrestling world has been chatting for days about who it could be, with names like CM Punk, Kurt Angle, Dave Bautista, Mark Henry, Christian, Rob Van Dam and Brock Lesnar thrown around as potential debutants.

With surprises in pro wrestling, it’s very hard to live up to expectations – but fans will be hoping AEW delivers after so much hype.