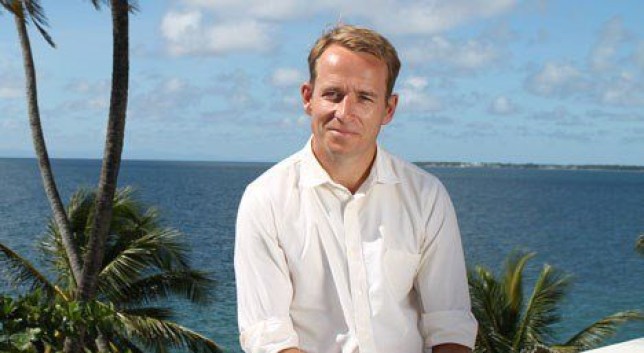 A Place in the Sun guest once stabbed his hand with a knife so that he would stop laughing while filming (Picture: Channel 4)

A Place in the Sun presenter Jonnie Irwin has recalled the bizarre moment a guest stabbed himself in the hand with a knife so that he would stop laughing while filming.

Jonnie, who has been a property expert on the show for 17 years, revealed that on average he helps 20 couples find their dream holiday home each year.

And, during that time, he has met some right characters.

Speaking to Metro.co.uk about one guest that ‘sticks in his mind’, he began: ‘I was about to tell him the price of something and he kept laughing. He was nervous.

‘So eventually I was like “Come on mate pull yourself together” and he just ran off into the kitchen.

‘I was like “What is he doing?” He comes back two minutes later and we continued so I told him the price. 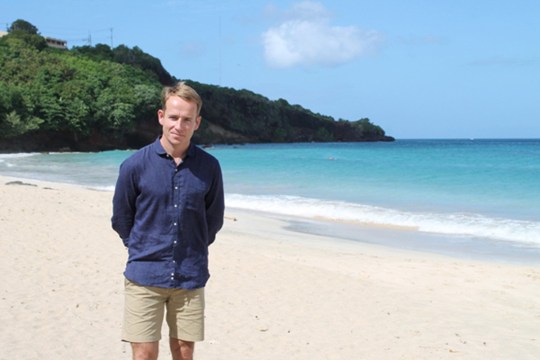 Jonnie has been a presenter on the show for 17 years (Picture: Channel 4)

‘He kept straight-faced all be it with a slight smile and a wince and we finished that section of the show.’

The Father-of-three, who also runs a property purchasing consultancy, went on to explain what happened after filming had wrapped up.

‘After we left the house I asked him “What happened there and how come you ran off? So that you were able to finish that sequence”,’ Jonnie continued.

‘He told me “When I ran off I ran into the kitchen, found the kitchen drawer, got a knife, put a knife in my pocket, ran back out and every time I thought I was going to start laughing I stabbed myself in the hand”.’ 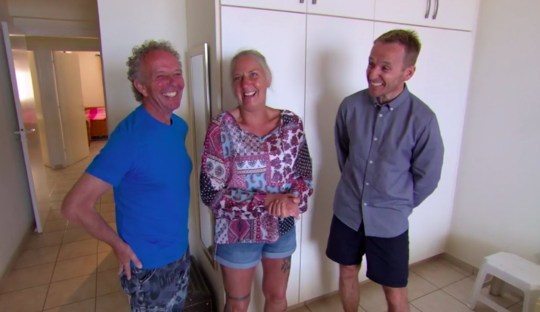 Discussing some of the struggles he faces while working on the Channel 4 show, the 47-year-old explained: ‘My job is to make a watchable TV programme and sometimes it’s like pulling teeth as the hunters don’t say anything.

‘You get people and they are so shy, they can hardly breathe and I’m like “What are you doing here?”

‘Sometimes you have to shock them into saying something. So if you don’t say anything, then they have to fill that space.’

Production for A Place in the Sun is currently on hold due to the latest lockdown restrictions.

The programme, which has provided viewers with a bit of escapism during the past few months, has been stopped following Boris Johnson’s announcement of a third national lockdown.

After the first national lockdown in March, the series was able to resume after bosses put strict measures in place.

It is unclear as to when the programme can resume filming again.

A Place in the Sun airs weekdays at 3pm on Channel 4.

Tributes to dad, 20, killed in crash who was ‘full of sunshine’ as man, 45, arrested on suspicion of drink driving