FRIENDS, Frasier, Baywatch – we Brits just love a TV show from across the pond.

And now one of America’s biggest dating shows is being remade for a UK audience.

Among the success stories from the US series are Josh and Aika Batterson, who were married in Series 5 in 2017 and are still togetherCredit: INSTAGRAM/JOSH & AIKA

90 Day Fiance follows couples who are fighting to live together in the US, and is so-called because under US visa rules, they must marry within three months.

While the UK regulations on fiance visas are less strict, the makers of the show say the same issues will crop up and create “real romantic jeopardy”.

90 Day Fiance UK will feature eight unlucky-in-love Brits battling to be with their partner who lives overseas.

Some have never met in person after hooking up online, with husbands and wives-to-be moving from countries including Japan, Mexico and Lebanon. 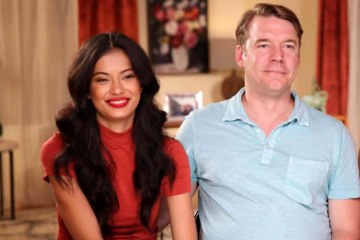 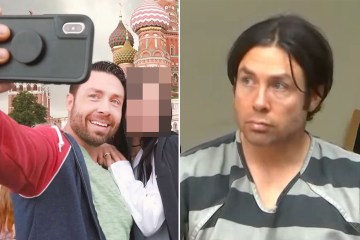 A TV insider said: “90 Day Fiance is one of America’s original dating shows and certainly one of the longest-running, with eight seasons and numerous spin-offs since 2014. It has proved its worth over there and the addition of British daters can only be a good thing.”

Among the success stories from the US series are Josh and Aika Batterson, who were married in Series 5 in 2017 and are still together.

The UK show’s host will be announced soon, and filming is already at the halfway stage. It should air later this year on Discovery.

An insider at Discovery+ said: “As our couples fly in and out of Blighty, expect warm, heartfelt moments, as well tears of frustration and laughter in the face of real romantic jeopardy, as these loved-up hopefuls overcome the obstacles that stand in their way of being together.

“We will laugh, cry and cringe alongside the couples facing disapproval from their families, secrets from their pasts and dramatic personality and cultural clashes.”

But Martin has now revealed that off-set the cast had a lot more fun than fans may have realised – with regular nights out clubbing. 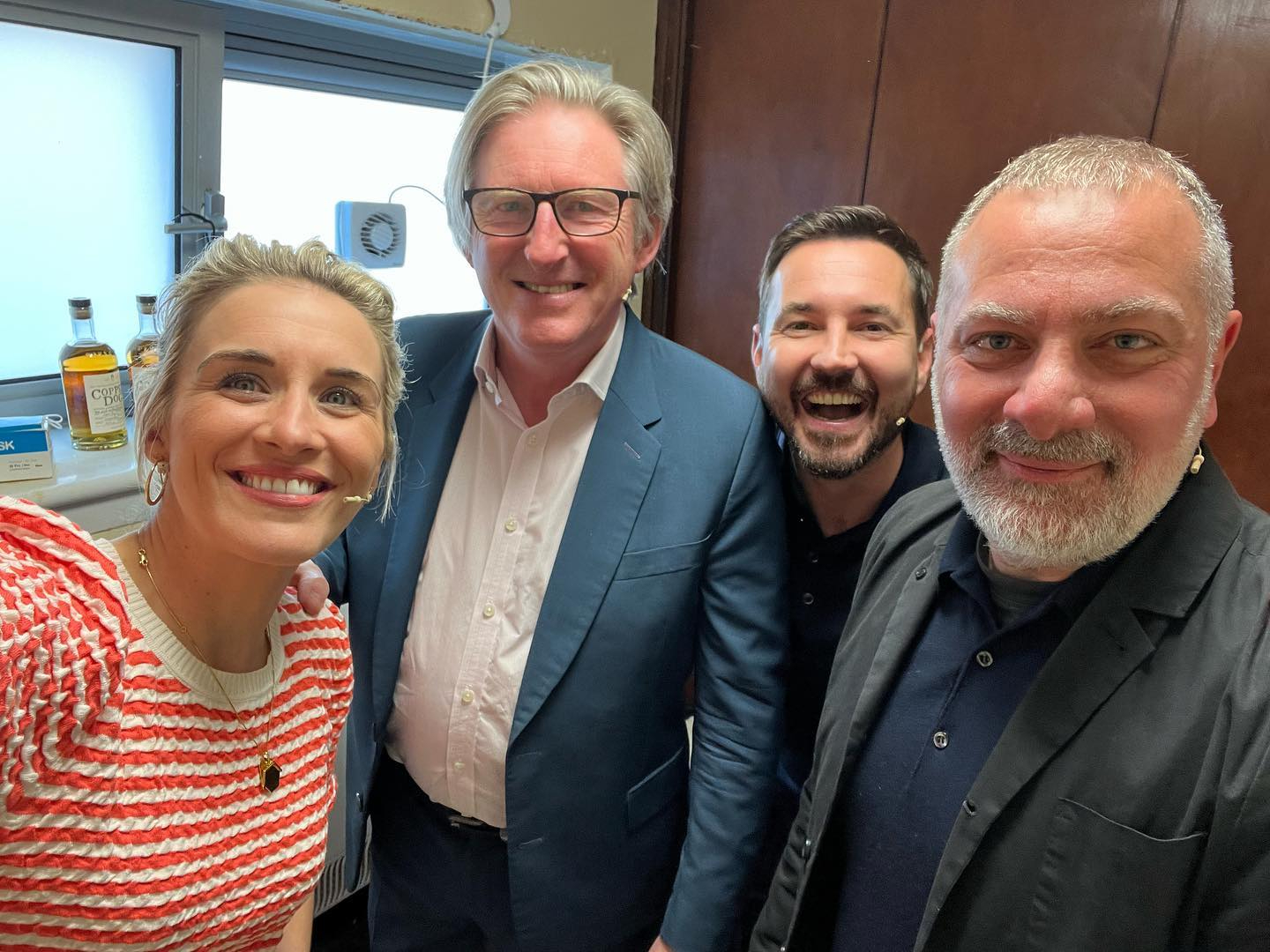 Martin has now revealed that off-set the cast had a lot more fun than fans may have realised – with regular nights out clubbingCredit: Instagram

At a charity event in Scotland over the weekend, he said: “We filmed a lot in Belfast, but when we were in Birmingham it was its own microcosm, it was mental. The hotel was right across the street from the base. We went to Gatecrasher super club nearly every other weekend.”

The cast reunited to raise funds for Ardgowan Hospice in Greenock, which provides palliative and end-of-life care for people with severe illnesses. Martin is a patron for the hospice.

I wouldn’t have minded joining them for a night out back in my clubbing days.

HE’S become a bit of a national treasure – particularly after his lockdown fitness broadcasts.

But Joe Wicks doesn’t get quite the same reverence from his three-year old daughter, Indie. 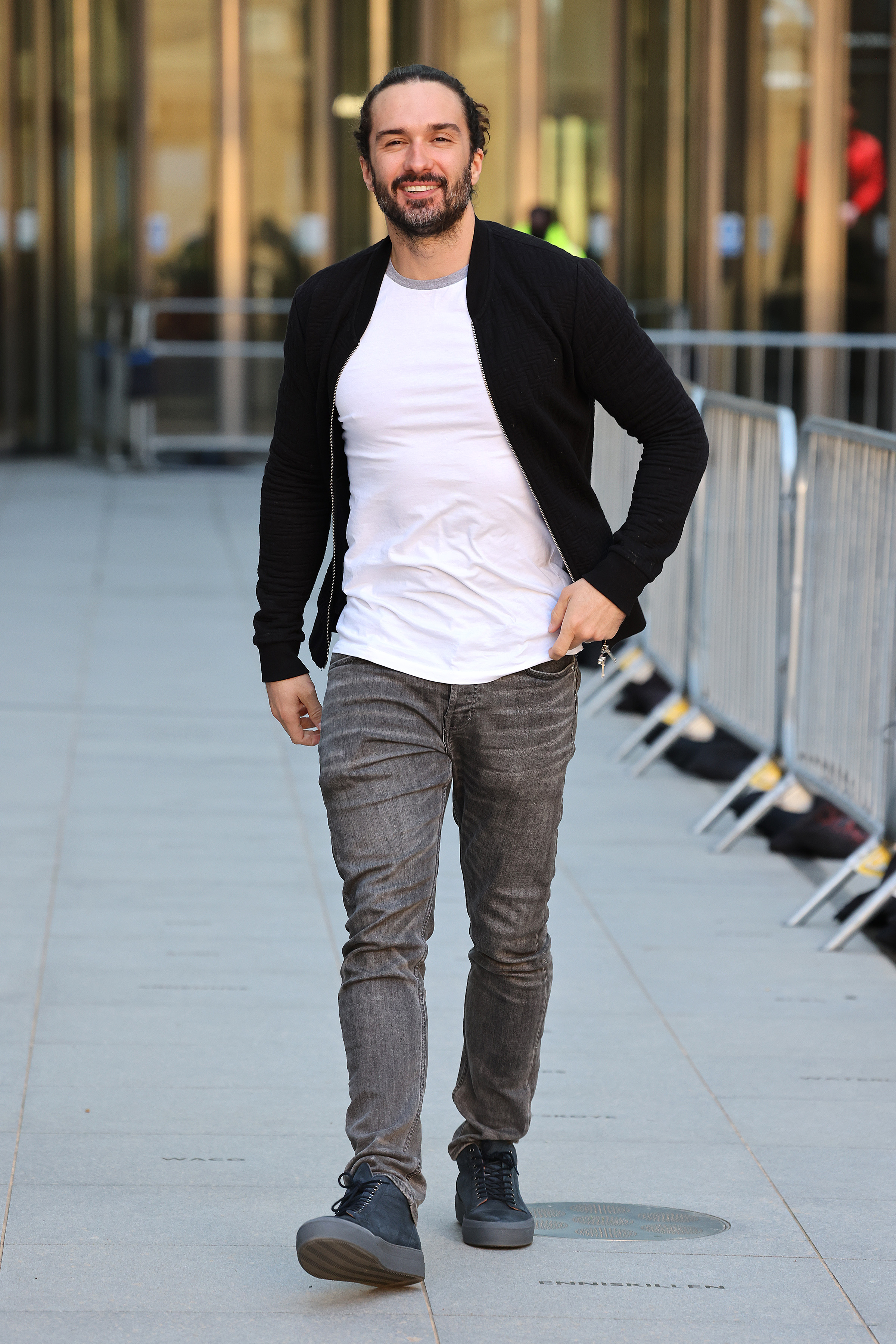 Joe said if he goes to kiss his daughter she says: ‘daddy your breath smells’Credit: Getty

On the Parenting Hell podcast dad-of-two Joe said: “If I go to kiss her she says ‘daddy your breath smells’.

“You go ‘wow, that’s pretty honest’. But you’ve got to respect kids for saying what they’re thinking. That’s what I love about them. They do crack me up.”

LOOSE Women’s Andrea McLean has revealed she is moving to Florida after suffering a breakdown following her experience on Celebrity SAS: Who Dares Wins.

The 52-year-old presenter has sold her Surrey home and plans to spend winters in the sunshine. 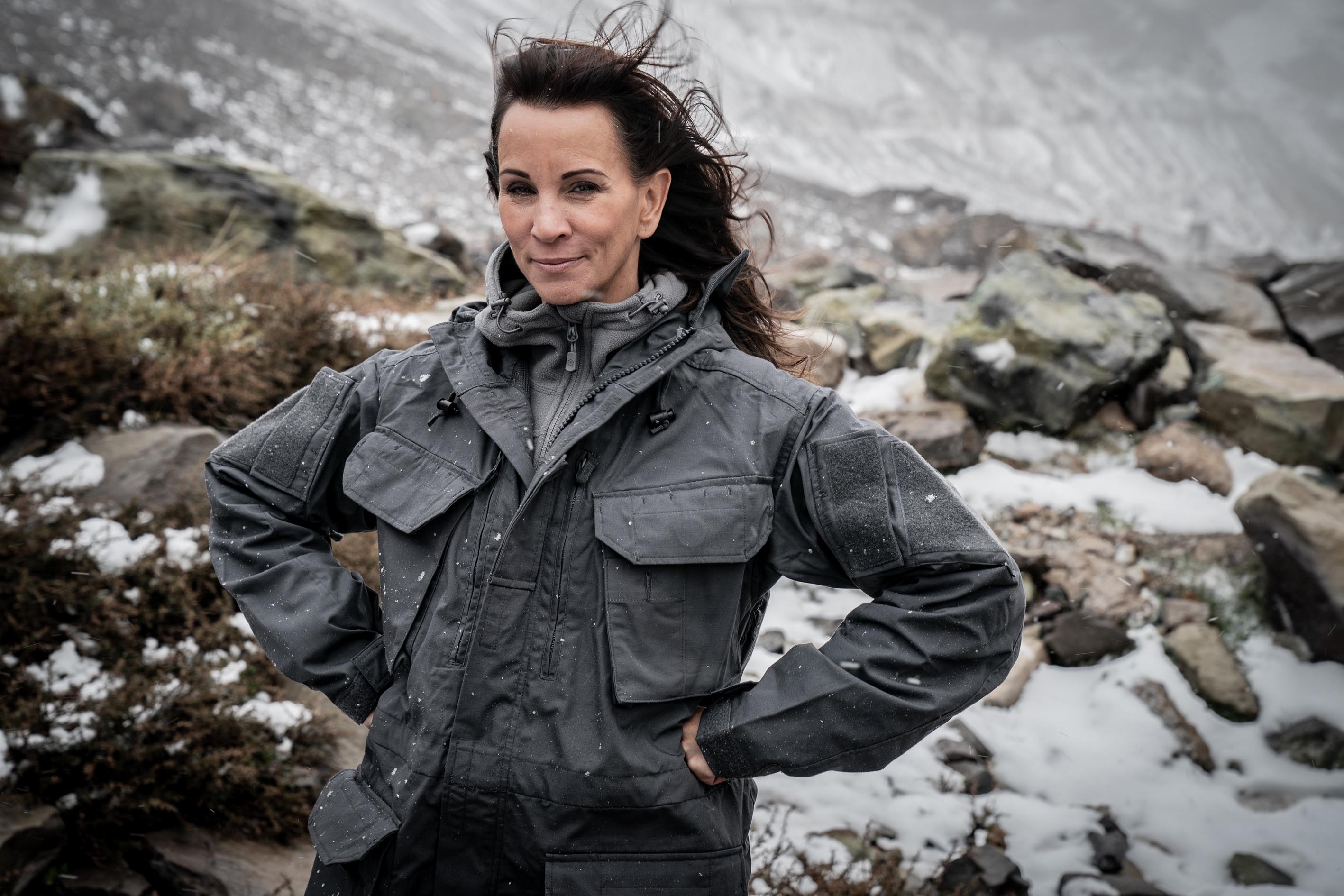 Andrea McLean has revealed she is moving to FloridaCredit: Pete Dadds. Channel 4 images must not be altered or manipulated in any way. This picture m

Andrea said of her 2019 stint on the show: “I knew it was going to be challenging – the physicality of it – but it never occurred to me that mentally it would change my life forever.”

On the show Andrea took part in an exercise where she was abducted and interrogated by ex-SAS soldier Ant Middleton.

She said the experience brought back issues she had tried to bury for many years.

Andrea said: “It was like a lid opened on the box and all the bats came out and I couldn’t get them back in again.

“Do I want to spend them in Britain? No, I want to be somewhere warm and feel the sun on my skin. We are booked to go to Florida for at least a month to try it out.”

HOME And Away star Sophie Dillman has hinted she’s concerned for the show’s future after fellow Aussie soap Neighbours was axed after 37 years.

The actress, who plays Ziggy Astoni, says she was “devastated” Neighbours has been dropped. 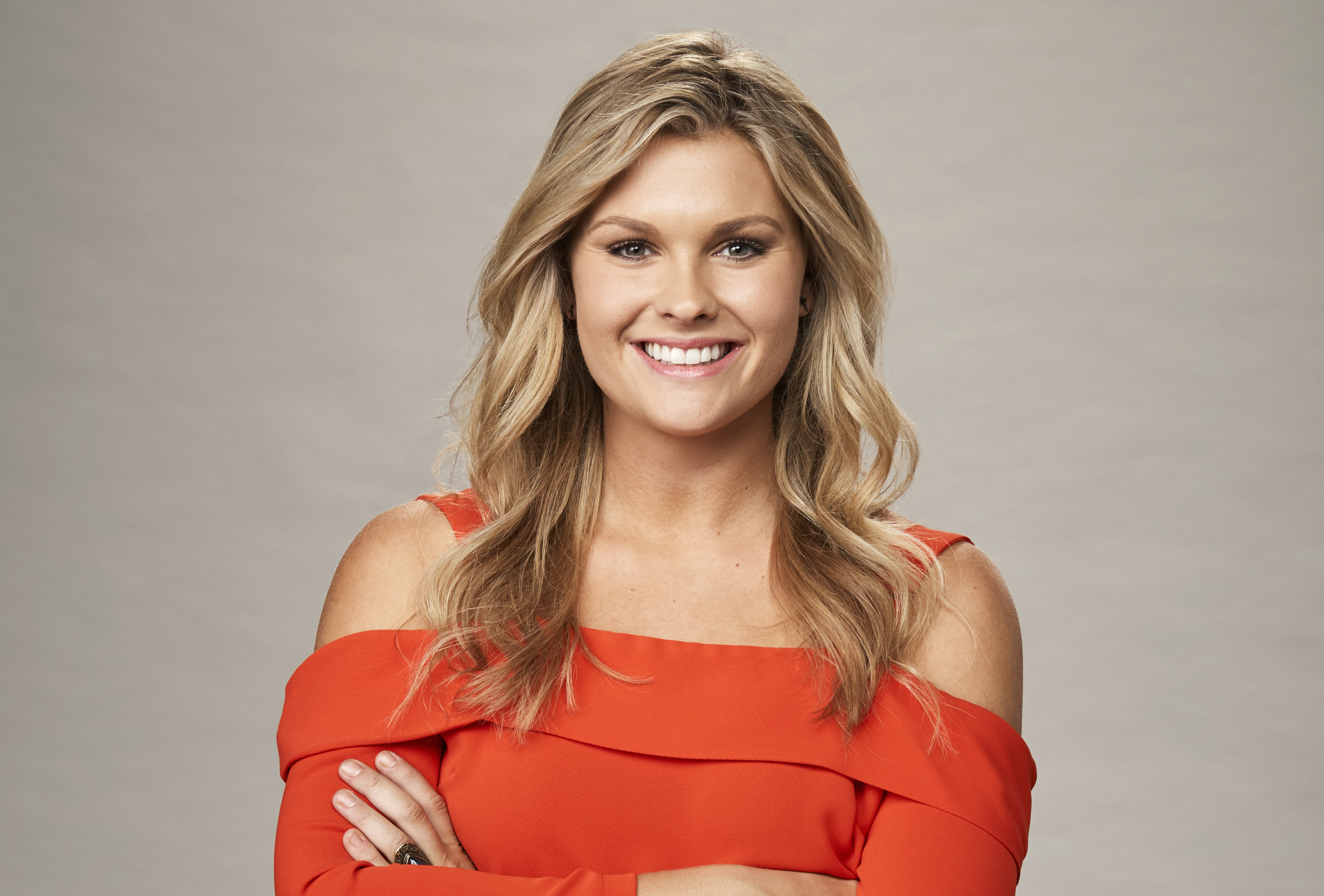 Sophie Dillman has hinted she’s concerned for the future of Home & AwayCredit: Channel 5

Sophie said: “It was such an iconic Australian television show. It was such a great starting ground for not only actors but cast, crew and directors.

“I knew so many people working on it and it’s heartbreaking to see. I don’t know what that means for Home And Away. When we heard we were all very, very sad.”

In the UK, Home And Away and Neighbours are both on Channel 5 but they don’t share production companies – so hopefully Sophie has nothing to worry about.

OVER the years we’ve had talent shows trying to find singers with the X-Factor, the greatest British baker and the world’s next top model.

Now TV chiefs are hoping to find the leader in an entirely unexpected field – politics.

A new Channel 4 show, entitled “Trust Me . . . I’m The Prime Minister”, will feature a dozen contestants desperate to climb the greasy pole with two political heavyweights as judges.

They will face a series of challenges mirroring the work they would do as a public servant and, of course, they will have to show off their speech-making skills and be able to sell their big ideas.

It’s not clear who the judges will be or what the prize is, but I understand C4 are investing a considerable amount of time and money in this show in the hope it will cause ripples.

Here’s hoping this new show might find some decent people to run the country too.

DAN BACK WITH NAD

STRICTLY Come Dancing duo Nadiya Bychkova and Dan Walker were reunited for a dance routine at a VIP charity ball. 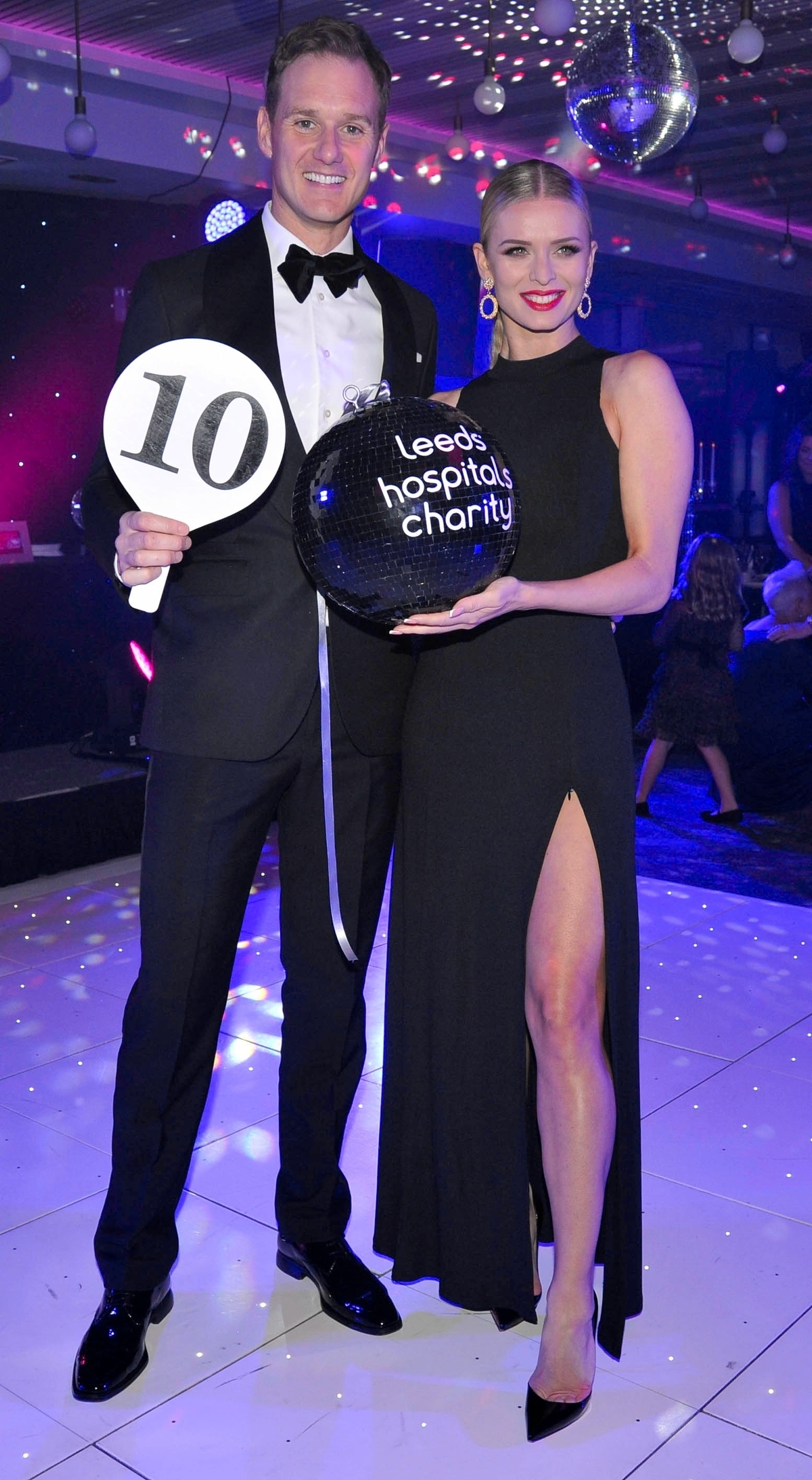 The Leeds Hospitals Charity event raised funds for motor neurone disease and ex-rugby player Rob Burrow, who was diagnosed with the condition three years ago.