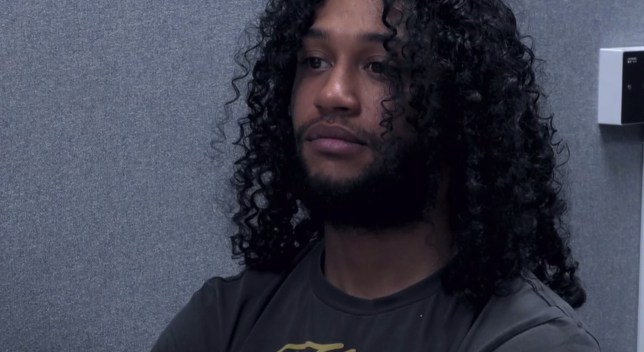 Justice admitted he was the shooter but didn’t remember doing it (Picture: Channel 4)

24 Hours In Police Custody proved to be a rollercoaster of emotions tonight with a gunman leaving viewers heartbroken for being ‘failed by the system’ with his mental health.

Justice McCann, 21, shot a 23-year-old man named Jakub at random in New Town, Luton – and was caught after CCTV footage filmed him in the act, with the weapon and clothing found at his home, and his fingerprints found at the scene.

It was later revealed that he had shot at another car he had tried to break into, and had attacked a woman, who said he ‘put the gun against her head and asked whether if she was a wolverine or wolf’.

Refusing to answer any questions to the police, Justice took the investigating officers by surprise by appearing polite when they booked him, and didn’t put up a fight when he was arrested.

Later on in the episode, Justice was seen breaking down in tears, acknowledging that it must have been him on the CCTV footage, but he had absolutely no recollection of the shooting.

He explained that his ‘head gets muddled’ and he tries to curb it with cannabis, but sometimes suffers blackouts where he has no memory of what he does. 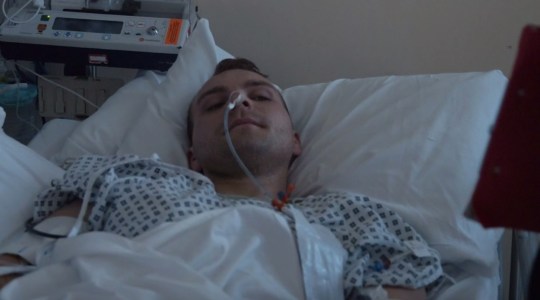 Jakub was left so traumatised he decided to move out of the UK back to Poland (Picture: Channel 4)

Pleading guilty to attempted murder, his lawyers later revealed that he had been in an abusive household since the age of four, and while social services were called, he was never removed from the home.

As a result, he started using cannabis from the age of eight and had begun committing crimes soon after, often ending up getting arrested. Though his crimes had never involved a firearm before and he appeared to have ‘calmed down’ in recent years.

He had repeatedly tried to seek help for his mental health with doctors, but never received it.

At the end of the episode, it was revealed he had been given a 22 and a half year sentence, and isn’t eligible for parole until 2035. 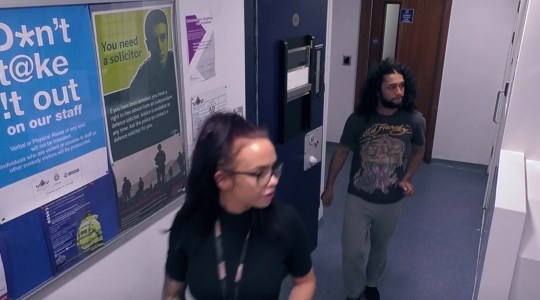 Justice acknowledged his guilt in the crime but couldn’t remember what he did (Picture: Channel 4)

While all viewers acknowledged he deserved prison time for the offence, many felt sympathy for Justice and believed the extended prison time was harsh, considering a child rapist who appeared in last week’s episode only got 18 years for his crime.

They added both he and Jakub were ‘let down by the system’ who failed to get help for Justice when he needed and asked for it, which ultimately caused him to explode in this blackout rampage.

WTF?! DId I read that right? 22 years?!? He had obvious mental health issues and people that actually kill people get less than that?!? That is a shocking sentence!! #24hoursinpolicecustody

This weeks #24hoursinpolicecustody was just quite sad all round in the end. Absolutely no justification for the crime but the amount of issues he had as a child, abused from birth essentially. Very very sad.

How many other neglected people with mental health problems are out there waiting to explode like Justice because there virtually no support due to lack of funding?.. #24hoursinpolicecustody

I never thought that I would end up feeling kinda sorry for Justice McCann (and Jakub) when I first started watching tonightâs episode of #24HoursInPoliceCustody but there you go.

He needed help and everyone failed him. Now someone had to move from their chosen home , one person is in prison for 22 years and two kids wonât have their dad around. #24hoursinpolicecustody

In a letter to the court, Justice wrote: ‘Nothing will ever justify my actions, or make them acceptable as nobody deserves to be put through physical or psychological trauma that I have caused in people’s lives.

‘I never intended to hurt him. None of what happened was his fault. Not only do I deserve to be here for my actions, but I’m also now able to get the help that I’ve been asking for.

‘I hope that one day, I can express my deepest apologies. In all hope it will help him to find some sort of peace of mind, and put him at ease.’ 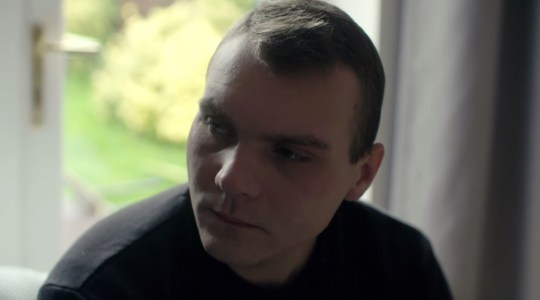 Jakub has been left traumatised by the experience (Picture: Channel 4)

Jakub was left so traumatised by the incident he was left jumping when he heard post going through his letterbox, and admitted he didn’t feel safe in his home anymore.

He later decided to leave Luton, and return to his native Poland, despite growing up here in the UK.

Judge Mark Bishop told Justice in sentencing: ‘Because of your repeated criminality and previous convictions I believe you are dangerous, which is why you have got such a lengthy sentence.

‘It was by chance and by the skill of the doctors you didn’t kill the victim in this case.’

24 Hours In Police Custody airs Mondays at 9pm on Channel 4.

The Tech Issues at the Heart of Our Flawed Modern Journalism