Willow Smith has followed her mum’s footsteps into rock music, and we are totally feeling it.

The 20-year-old has dropped the video for her new single Transparent Soul, featuring drums from Travis Barker, and she is serving us a mix of Lisa Left-Eye Lopez, Avril Lavigne, Paramore, Skunk Anansie and a dash of Michael and Janet Jackson’s Scream video.

The clip has been gaining attention on social media, with one person tweeting: ‘willow smith doing rock is something i didn’t know i needed.’

Another post read: ‘willow smith is a young, queer, black woman who is entering the rock industry after dominating the alternative r&b scene. she has so much power right now <3.’

However, Willow’s move into rock music won’t surprise anyone who followed the music career of her mum Jada Pinkett Smith.

The Girls Trip star formed the metal band Wicked Wisdom back in 2002 and has been the group’s frontwoman ever since, having performed at huge festivals like Ozzfest and touring with artists including Sevendust. 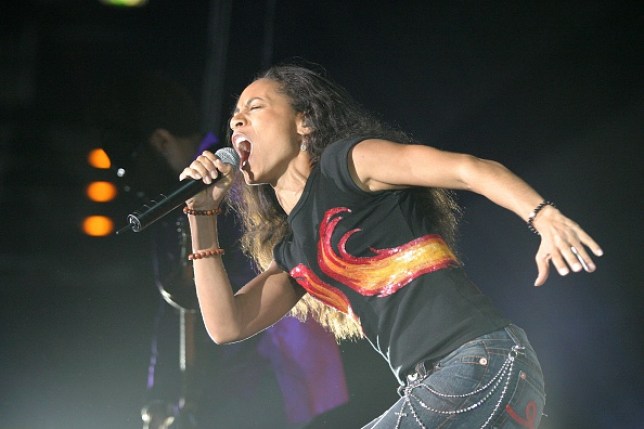 Willow said that her experience of touring with her mum’s band was her first introduction to rock, telling Rolling Stone: ‘That was my first real tour experience, and that was the first music that I was surrounded by as a child. When I first started doing my own music and my parents got me a vocal coach, we only did pop and R&B kind of vibes, and so for my entire life, I didn’t think I had the voice to sing this kind of music or sing rock in general.’

However, as a teen, Willow then began to listen to artists like Avril Lavigne and My Chemical Romance and said: ‘ That was insanely inspiring. I always felt like I wanted to do it, but for some reason was really insecure and felt like I couldn’t. And so when Covid hit and quarantine started, I just kind of needed something new — everything was slowing down, and I wanted to try something that I had never tried before.’

Amazingly, at the tender age of 20, Transparent Soul will be on Willow’s fifth studio album, after the star – the daughter of Jada and Will Smith – started her music career aged just nine.

She shot to fame with her 2010 single Whip My Hair, and went on to move from pop to alternative R&B across her albums Ardipithecus, The 1st, Willow and The Anxiety, the latter with Tyler Cole.

As well as carving a successful music career, Willow is the one of the hosts of the hugely successful Facebook Watch series Red Table Talk alongside her mother and grandmother Adrienne Banfield-Norris.

Recently, Willow opened up on the show about being queer, saying she has been attracted to both men and women.