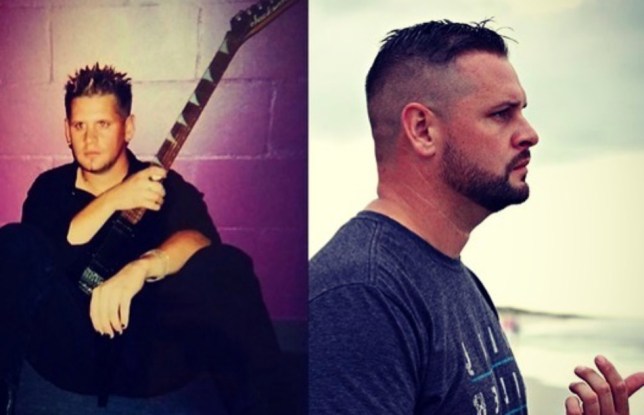 Corey Steger was killed in a car accident (Picture: Instagram)

Underoath fans have launched a GoFundMe page for guitarist Corey Steger’s family after he died in a car crash at the age of 42.

The musician was one of the founding members of the rock group, which had international success in the early 2000s.

Corey’s death was confirmed by the Florida metalcore band on their Instagram page, stating he died on March 17 following the accident.

Sharing a picture of Corey with his wife Kim and two children, the band wrote: ‘Yesterday we received news that shook us.

‘Our friend and founding Underoath member Corey Steger died suddenly this week. He was an uncommonly caring person.

‘He was constantly striving to be a better version of himself not just for himself but to be the best example of God’s love to his wife and two children who he loved more than anything.

‘We would not be who we are without him, period.

‘Our thoughts and prayers are with his family. Godspeed, Corey.’

Former frontman Dallas Taylor later shared his own photos, and said: ‘‘I don’t know how to type this. I’m without words.

Dallas, who himself was seriously injured in an accident in 2016, remembered his friend’s support during the time.

‘Him, and his family have had such an impact during my accident, and recovery,’ he continued.

‘I still remember him washing my hair in ICU just wanting to love on me, and be there for me. He is one of the kindest souls I’ve ever known.

‘I really cannot wrap my head around this, and I don’t even know what to type. I love you Corey you are one of the greatest closest friends I’ve ever known.

‘My heart is completely broken for his wife, kids, and his family if you can please keep them in your prayers.’

Mum creates ‘dinky’ cupboard bedroom for her daughter, 11, so she can finally have her own room