Travis Scott: How long has the rapper dated Kylie Jenner?

American rapper Travis Scott – the artist behind such tracks as Mafia and Escape Plan – has quickly become one of the biggest names in the music industry.

He has had four number-one songs on the Hot 100 billboard chats – including Sicko Mode (featuring Drake) – and has even set up his own record label by the name of Cactus Jack.

He recently made headlines following a tragedy at his Astroworld festival was where a crowd surge left eight people dead and dozens more injured.

With the festival now cancelled, many fans have been wondering about the personal life of the rapper, who has been in a relationship with makeup guru – and Kim Kardashian sibling – Kylie Jenner for some years now.

But how long have they been dating, and do they share any children?

How long have Travis Scott and Kylie Jenner been dating?

Travis Scott, 30, and Kylie Jenner, 24, have been dating since 2017, where the pair first got together at Coachella. 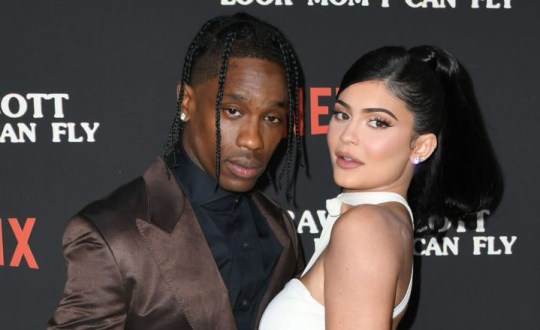 Coachella wasn’t exactly the couple’s first date — but rather ‘a hang that went well,’ according to an interview the pair did for GQ back in 2018.

‘We always knew each other, like we were hanging around each other — I mean, we just had mutual friends,” Jenner told the publication.

‘But we never really had a conversation because I thought that he didn’t like me.’

However, the pair’s romance hasn’t always been plain sailing.

The couple took a break briefly in September 2019 when a source close to Jenner told People magazine that the couple, ‘are taking some time but not done.’

Rumours of their rekindling romance soon surfaced however after the pair went on to spend lockdown together when the pandemic first hit back in 2020.

The romance very much seems to be on-again, with the pair supporting each other at events across the year – including the VMAs – as well as spending Halloween together, with Jenner sharing their costumes on her Instagram.

Does Travis Scott have any kids?

Scott and Jenner welcomed their first child together in February 2017, with Jenner giving birth to a daughter named Stormi.

While they broke up in September 2019, their decision to quarantine together during the pandemic was for the sake of their daughter, but it seems to have led to a rekindling of their relationship.

On September 7, 2021, Jenner revealed that she was pregnant with their second child.

In a sweet announcement video, the model and cosmetics mogul is seen showing boyfriend Travis Scott, her positive pregnancy test before heading to a doctors appointment with three-year-old daughter Stormi.

The pair are expected to welcome the birth of their second child around February 2022.

“True art has to cause conversation”