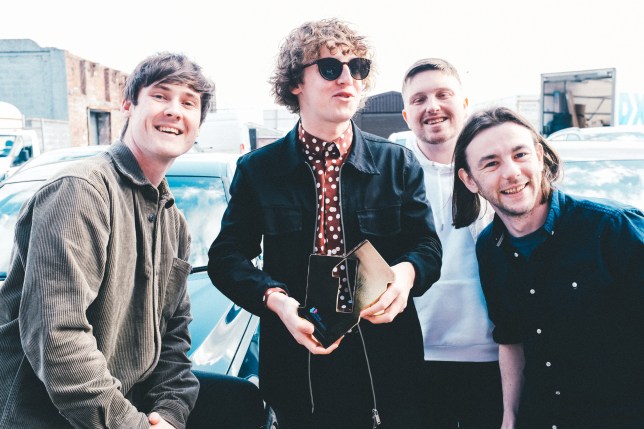 The Snuts have reached number one (Picture: Official Charts Company)

The Snuts have beat Demi Lovato to land this week’s UK number one album with their debut W.L.

The group have become the first Scottish band in 14 years to enter at number one on the UK’s official albums chart with their debut album, since The View’s Hats Off To The Buskers in 2007.

The Snuts – made up of Jack Cochrane, Callum Wilson, Joe McGillverary and Jordan Mackay – were overtaken by Demi Lovato during the week after being ahead in the chart battle on Monday, but managed to pull it back to claim the top spot with W.L.

The Snuts said: ‘This one is for all the fans who have proved that it’s possible to get a band like us to number one.’

‘Every copy you bought of this record goes a long way. It’s old school and it’s beautiful. Thanks very much – we love you.’

The Scottish Music Industry Association praised the group’s achievement, saying: ‘A huge congratulations to The Snuts for landing a UK number one album with W.L. As the first Scottish band to do so with their debut record since The View’s Hats Off to the Buskers in 2007, this is an incredible achievement; not least at a time of significant challenges industry wide.

‘Their success follows on from Mogwai claiming the number one spot just a few weeks back with As The Love Continues, highlighting the strength, passion and determination from Scotland’s artists and music industry, and signifying an exciting and impactful period of engagement and connection with Scottish music.’

The Snuts formed in 2015 after meeting at school and dropped their first demo, Glasgow, the following year.

While Demi was beaten to number one, she still claimed her highest-charting record to date as Dancing With The Devil… The Art of Starting Over settled at number two.

Justin Bieber’s Justice is at number three while Dry Cleaning’s New Long Leg is a new entry at four, with Dua Lipa’s Future Nostalgia – 2021’s biggest album so far, despite being released in March 2020 – rounding off the top five.

Over on the singles chart, Lil Nas X is number one for a second week in a row with Montero (Call Me By Your Name).

Peaches by Justin Bieber ft Caesar and Giveon has swapped places with Wellerman by Nathan Evans to climb one spot to number two, while Latest Trends by A1 & J1 and Friday by Riton, Nightcrawlers and Mufasa remain at number four and five respectively.