Prince Andrew is getting the Kunt treatment as the band have penned a song accusing him of being a ‘sweaty nonce’ (Picture: EPA)

Punk band The Kunts are celebrating the Queen’s Jubilee in their own way as they prepare to release song slating Prince Andrew as a ‘sweaty nonce’.

In 2020, The Kunts’ track Boris Johnson Is A F*****g C**t came fifth in the Christmas charts, despite a blackout by most radio stations owing to the, er, slightly X-rated title.

The band again fought for the top spot in 2021 with follow-up track Boris Johnson Is Still a F*****g C**t, but again landed in fifth place.

Now The Kunts are releasing a new song to mark Queen Elizabeth’s Platinum Jubilee, though likely not one the Queen will appreciate.

The track is called Prince Andrew Is A Sweaty Nonce, and as you might guess from the title, isn’t exactly a ringing endorsement.

A teaser from the band showcases some of the song’s lyrics, which include the lines: ‘The and old Duke of York/ He said he didn’t sweat/ So why did he pay 12million quid/ To a girl he’d never met?’

The track will be released on May 27, with the band aiming for it to reach number two on the charts as ‘they’re never gonna let it be number one’. 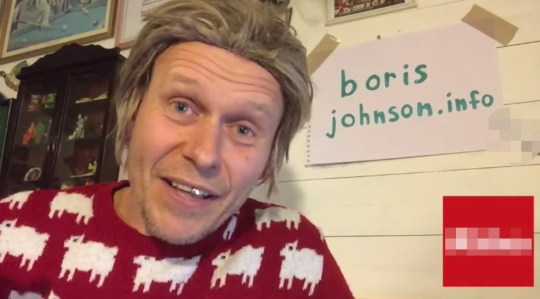 Of course, the song relates to the prince’s legal battle with Virginia Giuffre, who claimed Andrew had sexually abused her when she was 17 years old after she was trafficked by paedophile Jeffrey Epstein.

The prince furiously denied the allegations and made an out of court settlement with the American woman earlier this year.

There was no admission of liability in the deal he reached, for an undisclosed sum thought to be in the region of £12m.

The prince has since stepped down from royal duties and was stripped of the Freedom of the City of York, however his mother has defied pressure to strip him of his Duke of York title.