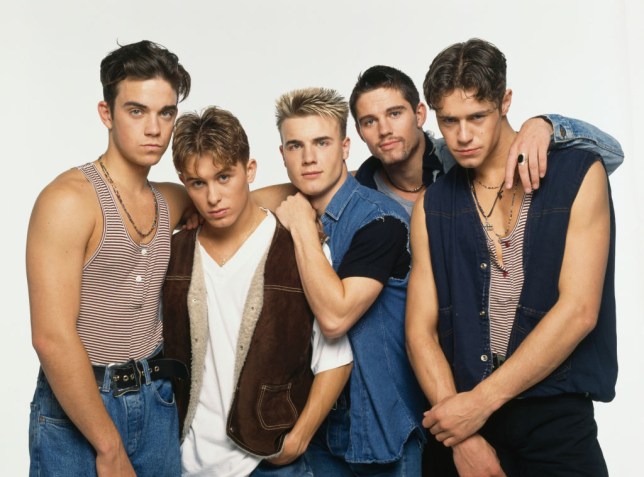 Howard Donald has given his Take That back catalogue a ringing endorsement – branding every song they’ve recorded ’s***’.

We can only assume he’s never listened to Never Forget.

The 52-year-old has been a member of Take That since they formed in 1990, and still tours with Gary Barlow and Mark Owen, following the departures of Robbie Williams and Jason Orange.

However, despite their huge success, he isn’t exactly listening to their greatest hits off stage.

When asked on the podcast Events That Made Me what his favourite Take That song is, Howard replied: ‘I don’t like any of them, they’re all s***.’

‘At the moment I’ve got 15 boxes of vinyl downstairs, all dance music from the late 80s and 90s, I’m sifting through them at the moment – Beck, Chemical Brothers, Kraftwerk, early influences, Yellow Magic Orchestra, John Fox, Human League, Gary Numan…’

While Howard isn’t a fan of Take That’s tunes, the same can’t be said for the UK public.

The band have had 12 UK number ones in their career, from Pray in 1993 up to 2014’s These Days, and are the most successful boyband in UK chart history.

Take That are also basically the blueprint for successful pop comebacks, having revived their careers with the 2006 mega-hit Patience.

Along with their mature new sound, Take That created extravagant live arena and stadium shows, involving large stages, hundreds of dancers and even, at one point, a giant mechanical elephant. 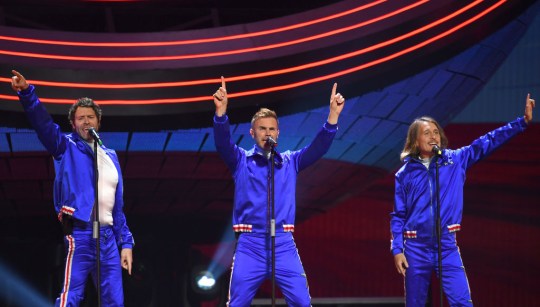 Howard says the band can plough over £10 million into their tour (Picture: Dave J Hogan/Getty Images for Take That)

Speaking about the cost of their tours, Howard explained: ‘We’ve always said we want people to walk out of those stadiums or them arenas and say: ‘What have I just seen? Wow. It was an amazing show. I got my £80 worth.

‘We’ve always put a lot of money into it and we get a lot of money out of it. Production wise, you could spend anywhere between £10million – £15million, producing a show like that.

‘Then obviously you’ve got to do enough shows to get your money back, otherwise you would be doing it for free. And we are a business at the end of the day. We don’t do things for free.’

But the tours have most definitely paid off, as Howard revealed their showmanship has landed them a whole new fanbase – in stag dos.

He said: ‘We never used to see guys at our show, and bit by bit the girlfriends would be bringing the guys, and the guys would have their arms in the air.

‘You’d have boxes booked out with stag dos, singing along to the lyrics – whether they’re p***ed or not, it doesn’t really matter.

‘They’ve come along because they know, whether through word of mouth or their girlfriends, Take That’s going to deliver a performance – whether you like the music or not.’