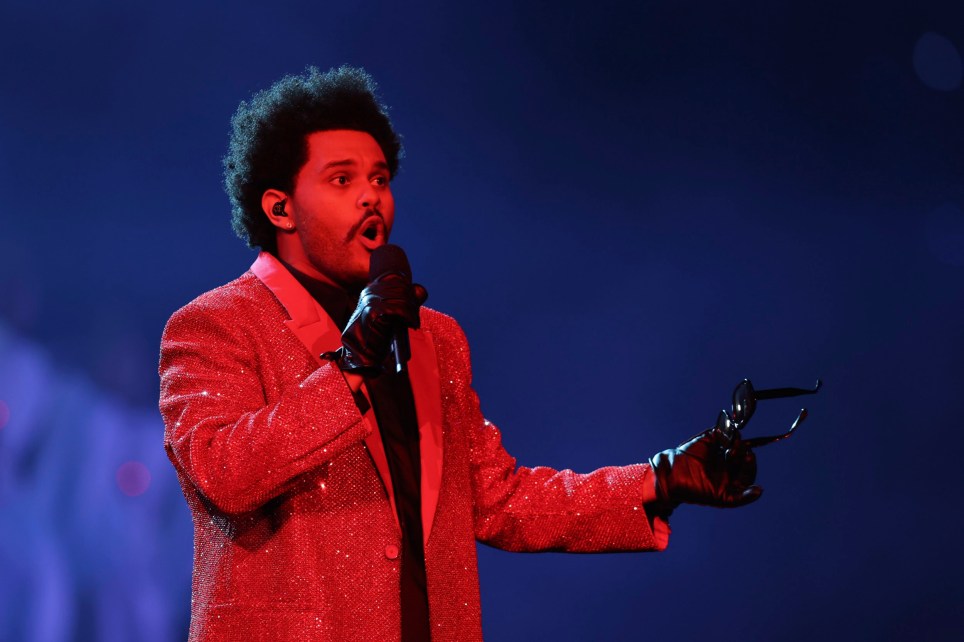 The Weeknd brought the house down with an electrifying performance at the Super Bowl halftime show and, while he was busy entertaining the stadium, some viewers kept themselves busy playing spot-the-movie reference.

The Canadian superstar headlined this year’s NFL Super Bowl halftime show at the Raymond James Stadium in Tampa, Florida on Sunday evening before Tom Brady scooped another title as Tampa Bay Buccaneers beat the Kansas City Chiefs to the win.

As a choir belted out an eerie version of Call My Name, The Weeknd appeared in a beam of yellow light in between stands.

Some viewers at home complained of some sound issues early on as they couldn’t properly hear the singer.

Still, The Weeknd – real name Abel Tesfaye – pushed on like a true professional and dazzled in his sparkling red suit.

Following a very rocky rendition of The Hills, the musician found himself caught in a mirror-lined maze before making his way to the main stage. It was at this point that The Weeknd was surrounded by lookalikes wearing masks that wouldn’t be out of place in Jordan Peele’s Us movie.

Universal Pictures pretty much summed it up perfectly in one tweet: ‘The tethered walked so @TheWeeknd dancers could run.’

Reacting to the atmospheric set, one viewer tweeted: ‘Love the @weeknd but this world is dystopian and scary enough.’

‘I must say…clever and responsible use of the masks,’ another joked.

Referring to the choir whose eyes were suspiciously lit up at one moment, one quipped: ‘Loving #TheWeeknd performing in front of the Galactic Senate from @starwars at #SuperBowl.’

Others spotted The Weeknd pulling slick Michael Jackson-esque footwork which, let’s face it, was always going to feature given how inspired the singer is by the late Thriller hitmaker. 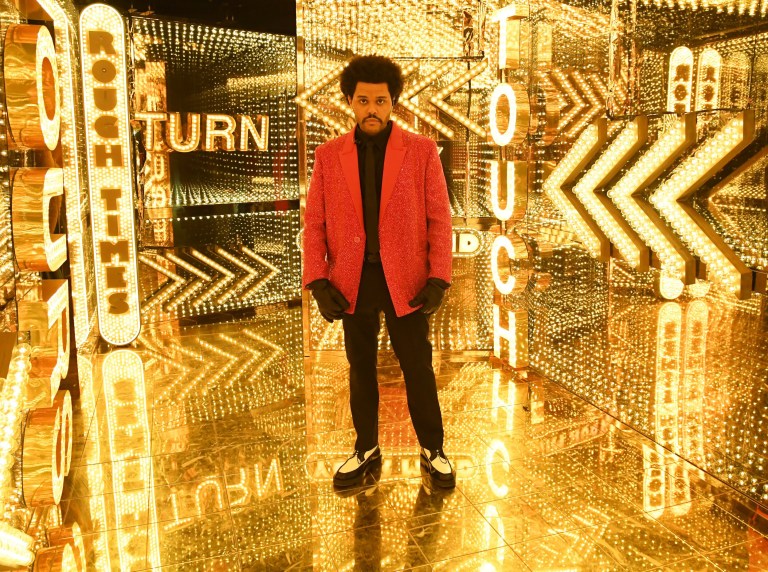 He got a little lost in a maze at one point (Picture: Getty Images) 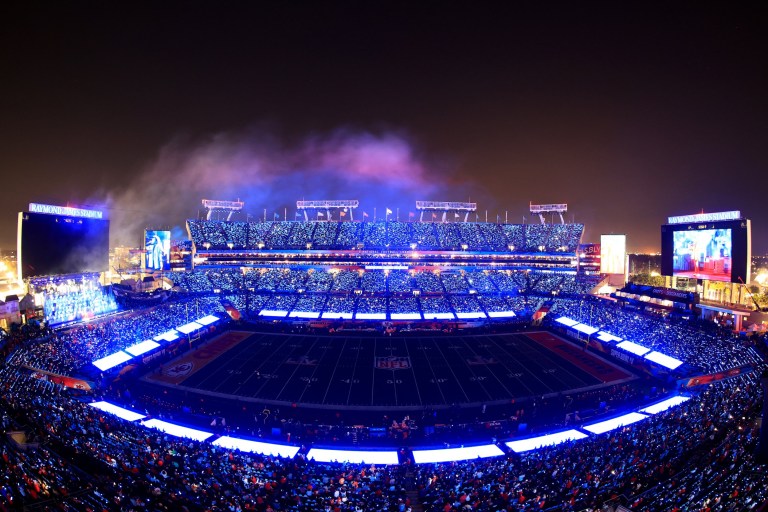 Around 25,000 people watched the Super Bowl at the stadium in Tampa, Florida (Picture: Getty Images) 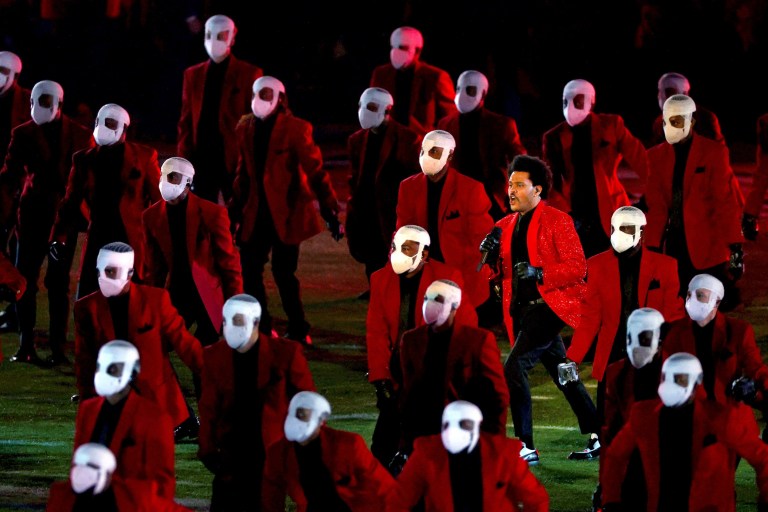 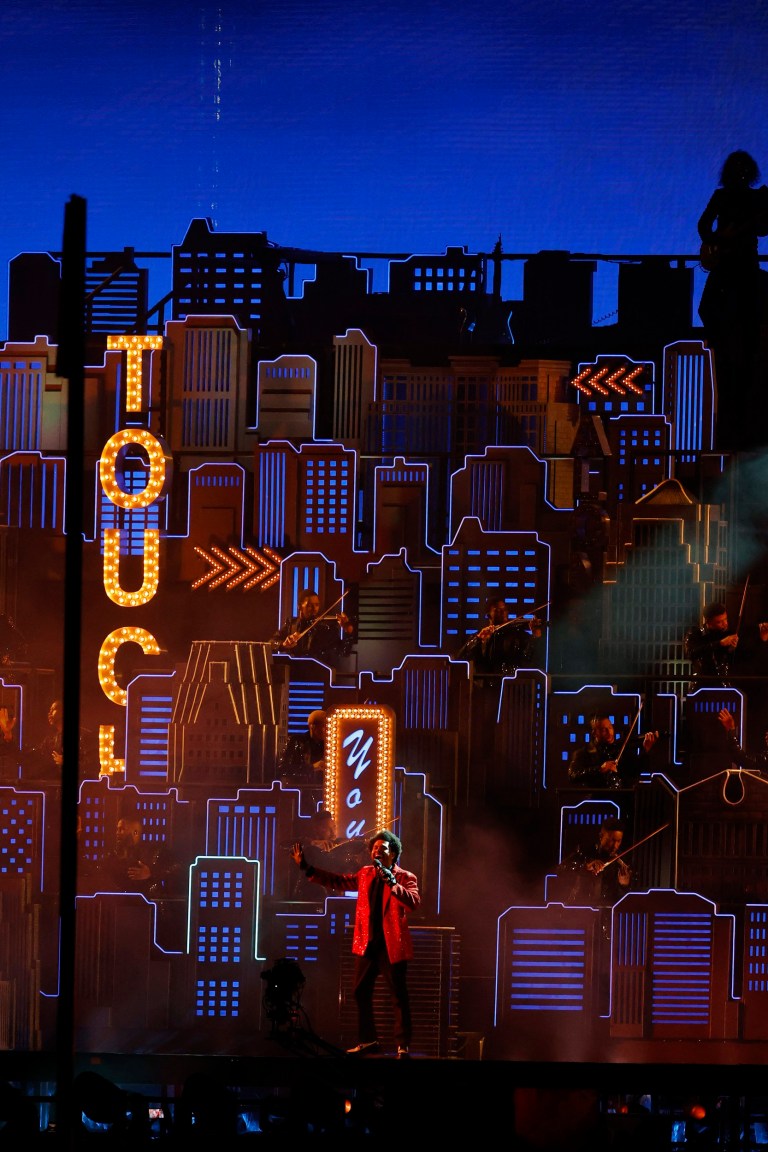 For the grand finale, House of Balloons transitioned into The Weeknd’s monster hit Blinding Lights with his dancers filling the entire stadium floor.

Drake, who is credited with The Weeknd’s early rise to fame, proudly watched from the comfort of his home theatre at his mansion in Toronto, while Cardi B and Jennifer Lopez were among the stars watching up close at the stadium in Tampa.

It was a slightly different Super Bowl due to the coronavirus pandemic, with around 25,000 fans – including 7,500 vaccinated healthcare workers – allowed inside the Raymond James Stadium, which has a capacity of 65,890. The rest of the crowd was made of cut-outs.

The Weeknd plunged $7 million (£5 million) of his own money into the performance and it was certainly worth the memories.

He now joins the likes of Michael Jackson, Beyonce, Madonna, Diana Ross, Prince and Lady Gaga to have headlined the halftime show.

Earlier in the night, Jazmine Sullivan teamed up with Eric Church to sing the US national anthem, The Star-Spangled Banner, while H.E.R. performed America The Beautiful.

On The Road With: DJ Neutrino on his crazy touring experiences