Jones got deep about the meaning behind one of their tracks’ lyrics (Picture: Redferns)

Stereophonics frontman Kelly Jones has revealed the poignant meaning behind one of the band’s songs.

Their song Forever was originally written about the ‘serious and scary’ period where his first child was being treated for cancer.

The track features on the Welsh rock band’s new album Oochya! but emerged when his son Colby – who now attends the prestigious Brit School in south London – was around 18-months-old.

Jones rediscovered the unused track while working on new Stereophonics material during lockdown and felt the sentiment would resonate with listeners today.

On the melodic down-tempo song, he sings about wishing he could ‘fly away forever’ and ‘take your pain for you and release you.’

He shared: ‘Forever was written quite a long time ago lyrically and at the time it was about being faced with something that was quite serious and scary in my life. 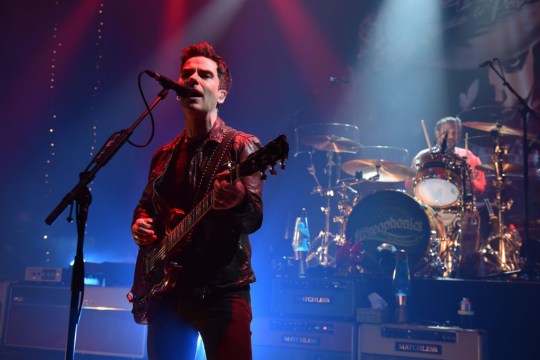 The singer has spoken about the pride he feels for his first child (Picture: Redferns)

‘Not knowing how I was going to deal with it and trying to protect the person who was going through it.’

He added: ‘It became like wanting to escape, but you can’t escape because you have to face whatever is going on.

‘So it’s about freedom and it’s about escapism, but it’s also about, I guess, you have to keep on keeping on through it, throughout whatever the tough times are.’

Jones has two children with his former partner, Rebecca Walters, and two with his wife, MTV journalist, Jakki Healy. Colby, his eldest, is transgender. 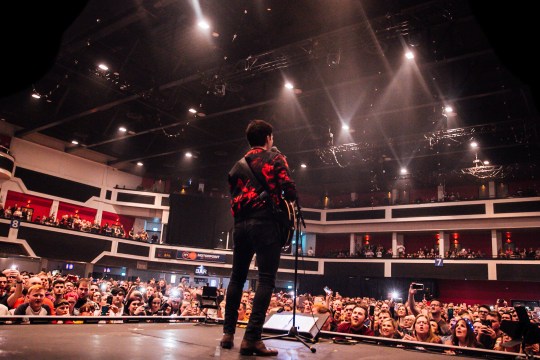 Jones penned the tack years ago before picking it back up (Picture: Mike Lewis Photography/WireImage)

He clarified that the track ‘was about where my youngest – my first kid at the time – was going through cancer when they were like 18 months, 19 months old.’

The musician said ‘it was relevant then’ but he never released the song.

‘But then as life goes on you have other challenges in your life and I just thought the lyric was quite, it wasn’t ambiguous but it was open for interpretation,’ he added.

Jones said he ‘hadn’t forgotten about it,’ and the song ‘fitted the feeling’ of their record. 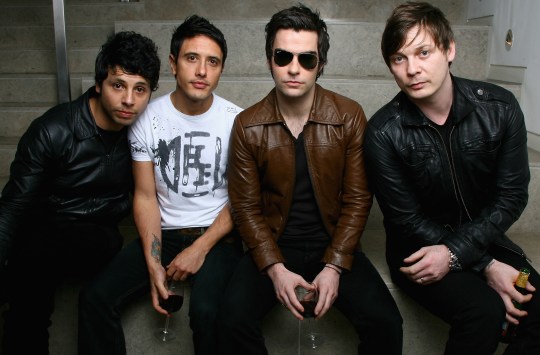 ‘I think as much as the song was about something very, very personal, the sentiment of how the song makes you feel is quite celebratory. It’s a kind of strange juxtaposition, really.’

In 2020, the artist spoke about his son’s ‘courage’ for coming out as trans.

The Dakota rocker praised Colby, who was 15 at the time, but said the pair needed therapy to deal with the transition.

He recalled how people would tell the dad-of-four that ‘it was just a phase’ as he noticed that Colby ‘couldn’t look more different from the rest of the girls.’

Jones added: ‘And I’m thinking, “That takes a lot of balls that. There’s no way you would be doing that if it wasn’t something for real, you know?” So there’s a lot of courage in that. It’s incredible.’

Oochya! by Stereophonics is out now.