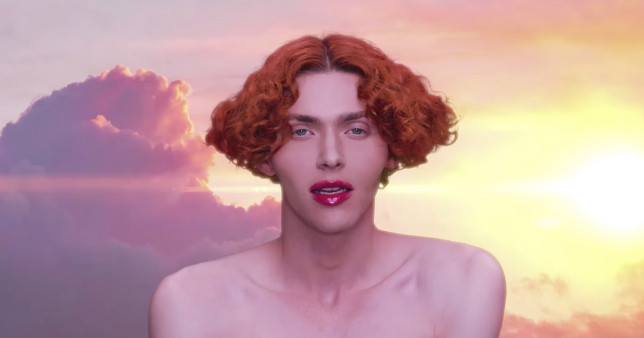 SOPHIE’s legacy may live on in posthumous releases (Picture: YouTube)

The brother of the late producer SOPHIE has hinted he’s keen to release posthumous tracks from the star, who died earlier this year aged 34.

The Grammy-nominated artist, also known as Sophie Xeon, died in January after a terrible accident in Athens.

SOPHIE received critical acclaim for her production work with artists including Madonna and Charli XCX, and it seems her legacy will live on in new music.

Speaking to Billboard, her brother Ben Long said this week: ‘There is a lot of music in the vaults, absolutely.

‘There are literally hundreds of tracks.’

Explaining there is a range of material left by the star, including nearly complete songs that were in the mixing stage, the decision to release anything is currently being discussed by the producer’s family – which includes Long, his two sisters and their parents – as well as SOPHIE’s labels.

However, according to Long, he’s the one in possession of the work, as he added: ‘I don’t know what anyone else could do, really, because they don’t have access to it.’

SOPHIE’s sibling worked alongside the artist on Oil of Every Pearl’s Un-Insides, along with an unreleased follow-up album that, according to Long, just needs the finishing touches as he noted it was ‘quite clear’ the direction songs were going on.

Long said: ‘The idea SOPHIE and I discussed many times was to do one abstract experimental album and then a pop record — this was going to be the pop one — and to keep going on that cycle for years.

‘I don’t want to be like, “We’re going to put everything out,” because sometimes SOPHIE didn’t want it to or it wasn’t finished. But it was quite clear with a lot of songs, just from the fact that we had been working on them and mixing the album, that I know the direction a lot of things were supposed to be going.’

At the time of SOPHIE’s death, a statement from her team read: ‘It is with profound sadness that I have to inform you that musician and producer SOPHIE passed away this morning around 4am in Athens, where the artist had been living, following a sudden accident. At this time respect and privacy for the family is our priority. We would also ask for respect for her fanbase, and to treat the private nature of this news with sensitivity.

Tributes for the producer came in, with Rihanna saying she ‘still can’t believe’ the news, as she shared photos with the star.

Fans also remembered SOPHIE as a trans icon, after she affirmed her gender identity in the 2017 video for It’s Okay To Cry.

One fan tweeted at the time: ‘As a trans woman, Sophie’s music and message of empowerment means so much to me- more than I could ever put to words. She is and will always be a true icon of the community who gave us a voice and an outlet.’