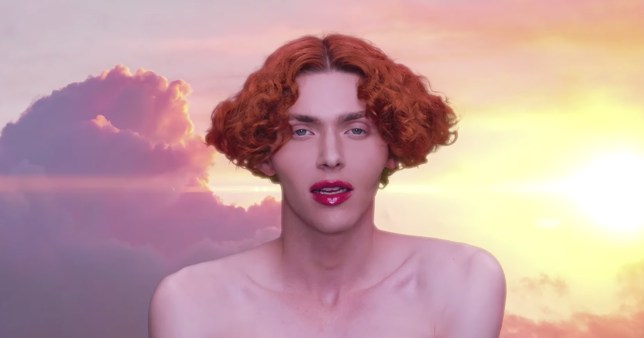 The Grammy-nominated artist, also known as Sophie Xeon, was known for her hyperkinetic take on pop music, and earned legions of fans for her sophisticated, experimental and surreal style that played with structure and gender expression.

The BIPP star was received critical acclaim for her production work with artists including Madonna and Charli XCX.

A statement from her team read: ‘It is with profound sadness that I have to inform you that musician and producer SOPHIE passed away this morning around 4am in Athens, where the artist had been living, following a sudden accident. At this time respect and privacy for the family is our priority. We would also ask for respect for her fanbase, and to treat the private nature of this news with sensitivity.

Record label Numbers also confirmed the news on Twitter, writing: ‘SOPHIE was a true inspiration, the World has lost an icon of liberation. We are devastated. Our thoughts are with SOPHIE’s family and friends at this time. Rest in peace.’

Transgressive Records also tweeted, writing: ‘Tragically our beautiful Sophie passed away this morning after a terrible accident. True to her spirituality, she had climbed up to watch the full moon and accidentally slipped and fell. She will always be here with us.’ 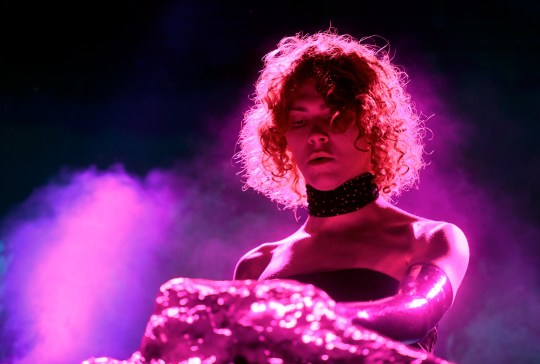 The artist died in a sudden accident (Picture: Frazer Harrison/Getty Images for Coachella)

However, no further details on the accident have been officially confirmed.

The news was first confirmed by her friends on social media, with artist BabyNymph sharing pictures of SOPHIE and writing: ‘Forever grateful that I got to be your friend. Forever fraeteful for everything u did for me. I love u angel. U were truly from another planet. Our souls will meet again. You know we f***ing love u.’

Ciaran Moore added: ‘A BFF, a superstar, a genius mind to work with. I love you Sophie.’

Before the announcement of SOPHIE’s passing, a number of her friends had put calls out for blood donations to a hospital in Athens.

Christine and The Queens remembered SOPHIE’s musical talent, tweeting: ‘Sophie was a stellar producer, a visionary, a reference. She rebelled against the narrow, normative society by being an absolute triumph, both as an artist and as a woman.

‘I can’t believe she is gone. We need to honor and respect her memory and legacy. Cherish the pioneers.’

You were one of a kind truly a master of your craft. Your sound will live on forever and continue to inspire us. We will miss you so much Sophie…words canât describe the pain we feel right now. Our hearts go out to her family and friends ð rest in power Sophie.

Sophie and her music taught me so much about myself and truly opened me up to a whole new world of friends, music, possibilities. Iâm heartbroken. Thank you for your art and rest in power angel ð pic.twitter.com/ygRqf68qSh

was lucky enough to share a stage w sophie twice in my lifetime, & even beyond her music, her energy, such a kind person, a joy to watch perform. i always think of her playing at the moma w bubbles floating thru the air anytime i listen to her music lol. i donât wanna believe it

It goes without saying that SOPHIE and her music had a profound impact on me and influenced me greatly as I came of age and discovered my womanhood. So much of the artist I am and the woman I am (or am not) is indebted to her. Rest In Peace, Immaterial Girl. We wonât forget you. pic.twitter.com/BQdcWEim1y

Fans also remembered SOPHIE as a trans icon, after she affirmed her gender identity in the 2017 video for It’s Okay To Cry.

One fan tweeted: ‘As a trans woman, Sophie’s music and message of empowerment means so much to me- more than I could ever put to words. She is and will always be a true icon of the community who gave us a voice and an outlet.’

Another tribute read: ‘Rest in peace SOPHIE I don’t even know where 2 start when I was 16 ur wave literally sculpted my personality and I feel really lost even My irl name when I had to get a new one was in Inspiration on u and the effect u had on me and when u too came out as a Trans woman [sic].’

Speaking to Paper about being a trans woman, SOPHIE said in 2018: ‘It means there’s no longer an expectation based on the body you were born into, or how your life should play out and how it should end. Traditional family models and structures of control disappear.

‘Transness is taking control to bring your body more in line with your soul and spirit so the two aren’t fighting against each other and struggling to survive. On this earth, it’s that you can get closer to how you feel your true essence is without the societal pressures of having to fulfil certain traditional roles based on gender.’

Born in Glasgow, SOPHIE began DJ-ing as a teenager and released her debut single Nothing More To Say in 2013.

Her next single Lemonade/Hard was met with critical acclaim, while Lemonade went mainstream after appearing in an advert for McDonalds.

Others hits she produced included Madonna’s B**** I’m Madonna and Hot Pink by Let’s Eat Grandma.

She made her solo comeback in 2017 with It’s Okay To Cry, which marked the first time she used her unobscured image and voice on a track. After the song’s release, SOPHIE opened up about being a transgender woman.

In 2018, she released her debut and only album Oil of Every Pearl’s Un-insides, which was nominated for best dance/electronic album at the Grammys – making SOPHIE one of the first openly transgender women to be nominated for a Grammy.

I’ve been dating someone 21 years my junior