“Small venues need to be shouted about”

Artists, venues and campaigners have spoken to NME about Independent Venue Week 2022 and why it’s more important than ever to shine a spotlight on these live music spaces.

Between lockdowns, last-minute cancellations, high rents, Brexit uncertainty, and the  battle for meaningful government support, the last two years have seen the UK’s grassroots music scene endure unprecedented levels of instability. As the most recent wave of coronavirus starts to recede, it’s tempting to view 2022’s Independent Venue Week as something of a victory lap for those that have endured.

“Now more than ever, it’s more and more important for small venues to be shouted about,” Julian Ive of Newcastle venue The Cluny told NME. Nevertheless, he points out, uncertainties remain. This January, he and his staff were planning for 22 gigs, but due to cancellations and postponements only seven ended up going ahead. Recently, the UK live music sector said that more than 25 per cent of gigs have already been cancelled this year.

“We’re certainly not out of the woods yet,” said Cath Hurley, the Community Manager of new Birkenhead venue Future Yard, whose grand opening in 2020 was cancelled by the pandemic. They were able to host just one show, with social distancing, in their debut year. “We’re still seeing cancellations for acts with positive tests in their touring parties and whole tours being rescheduled,” she continued. “It’s difficult when we’ve been looking forward to shows to see them disappear, but it makes the shows we’ve hosted all the more special.”

Just before he speaks to NME, Jeff ‘Big Jeff’ Johns was sad to find out that an Independent Venue Week show he and his band The Outliners were supposed to play in Guildford was cancelled (albeit due to a family bereavement for headliners Joe & The Shitboys, rather than coronavirus). Famous for attending gigs in his native Bristol almost every single night when they’re able to go ahead, he appreciates the beauty of independent venues more than anyone.

“They’re basically my churches,” he told NME. “They’ve been safe spaces for me for years. You see communities you’ll never meet anywhere else. It’s not just the artists, they develop people who are going to go into running their own venues or record labels, music journalists, or people who go into stage tech and sound engineering.”

Independence is more than just a business decision, Johns continued. “You go somewhere like The Louisiana in Bristol or the Hebden Bridge Trades Club or The Boileroom in Guildford and you’ll meet an entire community.” In 2018 he toured some of the UK’s best indie venues in his role as one of IVW’s official ambassadors. “In every single one you could feel the personality dripping off the walls,” he said. “The Windmill in Brixton is a good example, you go from this suburban street into something like Aladdin’s cave, there’s warmth, bright colours and artwork everywhere.”

Johns, who is diagnosed with borderline Asperger’s Syndrome, OCD tendencies and has various problems with anxiety, has long been vocal about how the music community has helped him overcome his difficulties with public spaces. When so many were closed by the pandemic, he began to notice their absence. “Venues helped me to be around people, and having that taken away made me feel a little bit doddery,” he said. “I noticed that my anxiety crept back in, it even effected things like my speech. And I was really worried for a lot of the venues as well.”

For venue owners, too, it’s been a trying two years. “The Cluny is an old listed building, and it’s expensive to run,” said Ive. “There were overheads like rent which we didn’t get any reduction for whatsoever, which was the biggest challenge to start with. Then there’s trying to keep everything going in terms of staff morale, trying to hide the worst from them when you’re worried it could go tits up at any point! It’s been extremely challenging.”

Arts Council funding was crucial, as was the support of the local music community. “People have really rallied round,” he added.

This year will mark 20 years of The Cluny, while for Future Yard it’s set to be their first proper chance to gain momentum after two years of stops and starts. For both, Independent Venue Week is the perfect way to kick off these significant years. “It’s so great having a focal point at the start of the year with a spotlight on grassroots music venues,” said Hurley. “It feels like a real moment to set the tone for the rest of the year and celebrate what we’re achieving and what we want to achieve in the future.”

It’s also an opportunity for some brilliant gigs, and a rare opportunity to see big acts in an intimate setting – as also celebrated in Music Venue Trust’s recent Revive Live tour. Future Yard has marked the occasion with an exclusive show from Melt Yourself Down, one of many shows broadcast live on BBC Radio 6Music, while at The Cluny, it’s a chance for them to welcome their first American performer in over two years in the form of Arizona slide guitar maverick Bob Log III, plus the return of longstanding local heroes The Smoking Spitfires for what will be roughly their 80th show there.

London’s iconic 100 Club welcomed Wet Leg, while the likes of IDLES, Goat Girl, Pom Poko, James Bay, Years & Years and Nova Twins have been among the 466 performances across more than 200 independent venues in the UK this week. 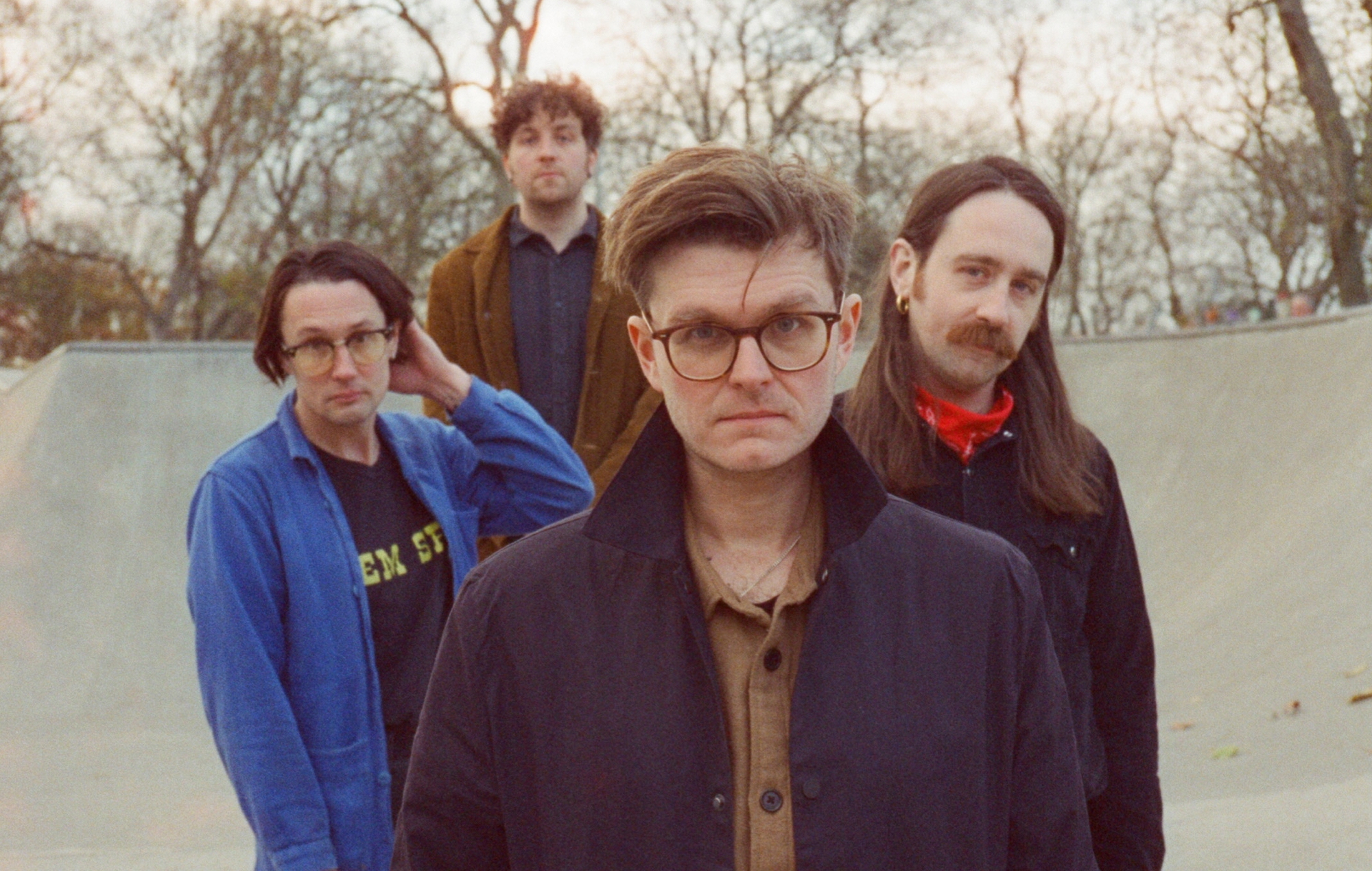 Earlier this week in Leeds, meanwhile, hometown heroes Yard Act celebrated the colossal success of their debut album ‘The Overload’ (narrowly missing out on Number One, it’s the fastest-selling debut on vinyl this century) with a triumphant homecoming gig at The Belgrave Music Hall.

They’d played there before the pandemic to around 40 people, recalled the band’s Ryan Needham. “It was our second ever gig, at a festival called Dark Arts Festival,” he told NME. “Our mate Ben books it, and he stuck us on as a favour.”

Given the timing of the pandemic, most of Yard Act’s rise has been without regularly playing live. “It’s been weird, because normally when a band gets bigger you play to like 30 people, then 100 people, then more, and you feel it growing,” Needham continued. “It feels like something’s going on when Elton John’s calling up James [Smith, Yard Act frontman], but in terms of the usual markers, having those things taken away has really skewed our perspective.”

Yard Act’s time regularly playing rooms like The Belgrave could soon be over with their popularity as one of the UK’s biggest young bands on the rise. It just goes to show how valuable independent venues are as a stepping stone, Needham said.

“They’re massively [important],” he added. “And more than that, they’ve been really important in the way we all met. We all played in other bands before, these are places that people forge lifelong relationships.”

Referring to chancellor Rishi Sunak’s £1million bid for a new museum for the Fab Four in Liverpool, he added: “It’s all well and good us looking at The Beatles, but they needed The Cavern to get their foot on the ladder.”

The difficulties faced in the pandemic are not over yet – and the looming parallel crisis of Brexit’s effect on touring remains – but Britain’s grassroots venues intend to keep enduring. As those taking part would testify, Independent Venue Week celebrates not only the resilience of venues, but their role as the nexus points in communities across the country, which are themselves part of a larger, sprawling ecosystem

Hurley added: “We’re strong believers in the power of community, and Independent Venue Week is a very tangible way of feeling connected to all of the other incredible venues around the country.”

This comes at a time when UK music venues are already facing £90million of debt due to the ongoing impact of the pandemic. Music fans and gig-goers are being encouraged to help their local venues survive by purchasing official merchandise.

Visit here for information on how to help or donate to The Music Venue Trust’s #SaveOurVenues campaign.