AFTER winning the Brit Award for Rising Star and the BBC’s Sound Of 2020, Celeste’s big year was rudely interrupted by Covid.

But she releases her debut album Not Your Muse today and the Brighton singer says she is thrilled people will get the chance to hear it. 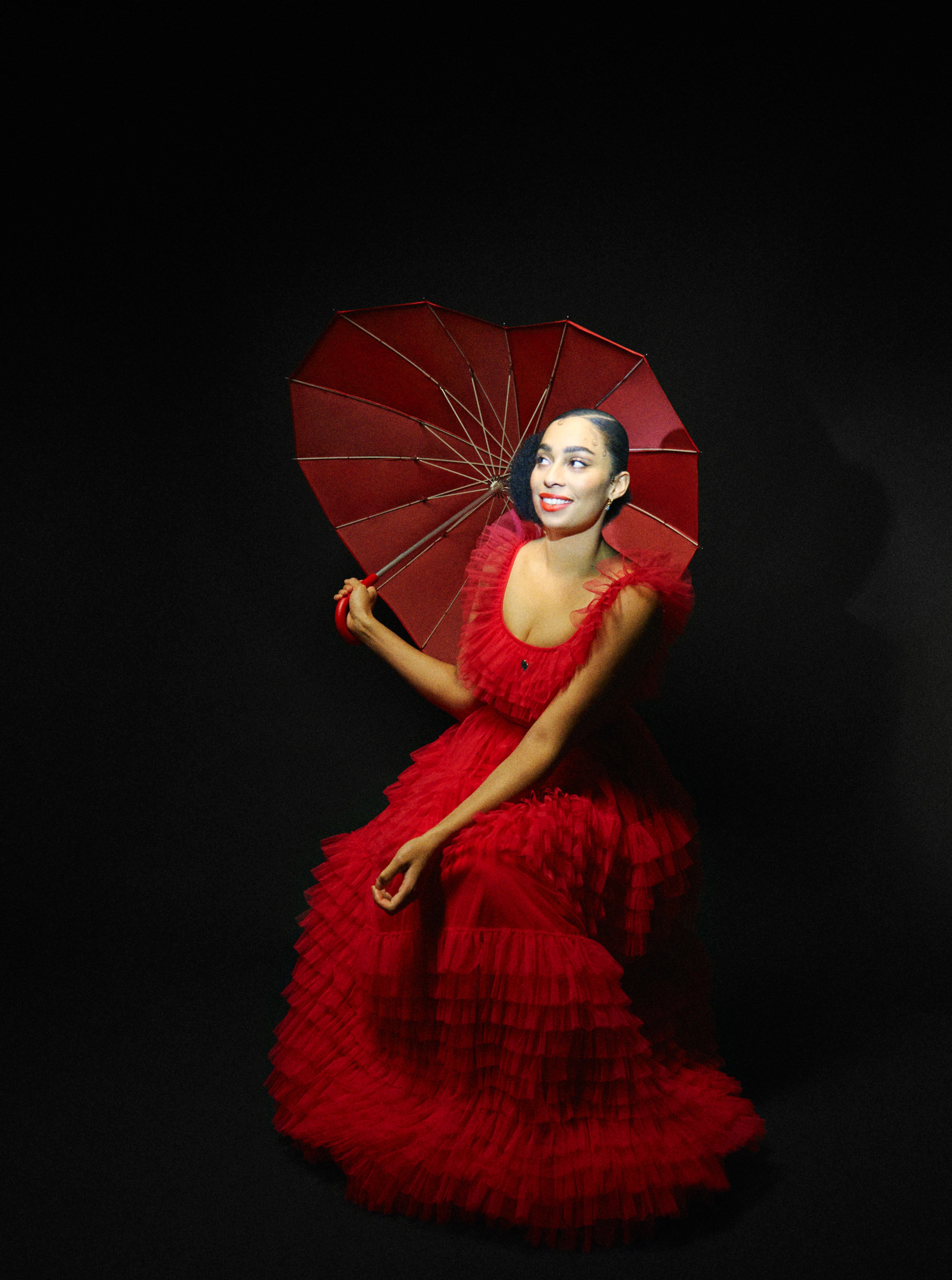 Singer Celeste says being compared to Amy and Adele is ‘daunting’

When we chat via video call, Celeste says: “It’s out in just a few days and I’m excited for it to be out there and to stop freaking out about it.

“There’s been some nerves and apprehension, as it’s my first album. But I’m really excited about handing over to everyone something that I’ve spent my time with and seeing how it makes them feel and how they react to it.”

When lockdown was first imposed, Celeste decided not to feel too pessimistic and worked on new tracks for the album.

She says: “It gave me time to focus on making more music. One of those songs was Not Your Muse which is the album title.

“I found a time to focus without the pressure of time as well. And I got it together.”

Celeste says she is also pleased by how releasing the album later than originally planned means more fans have since got to know her songs. 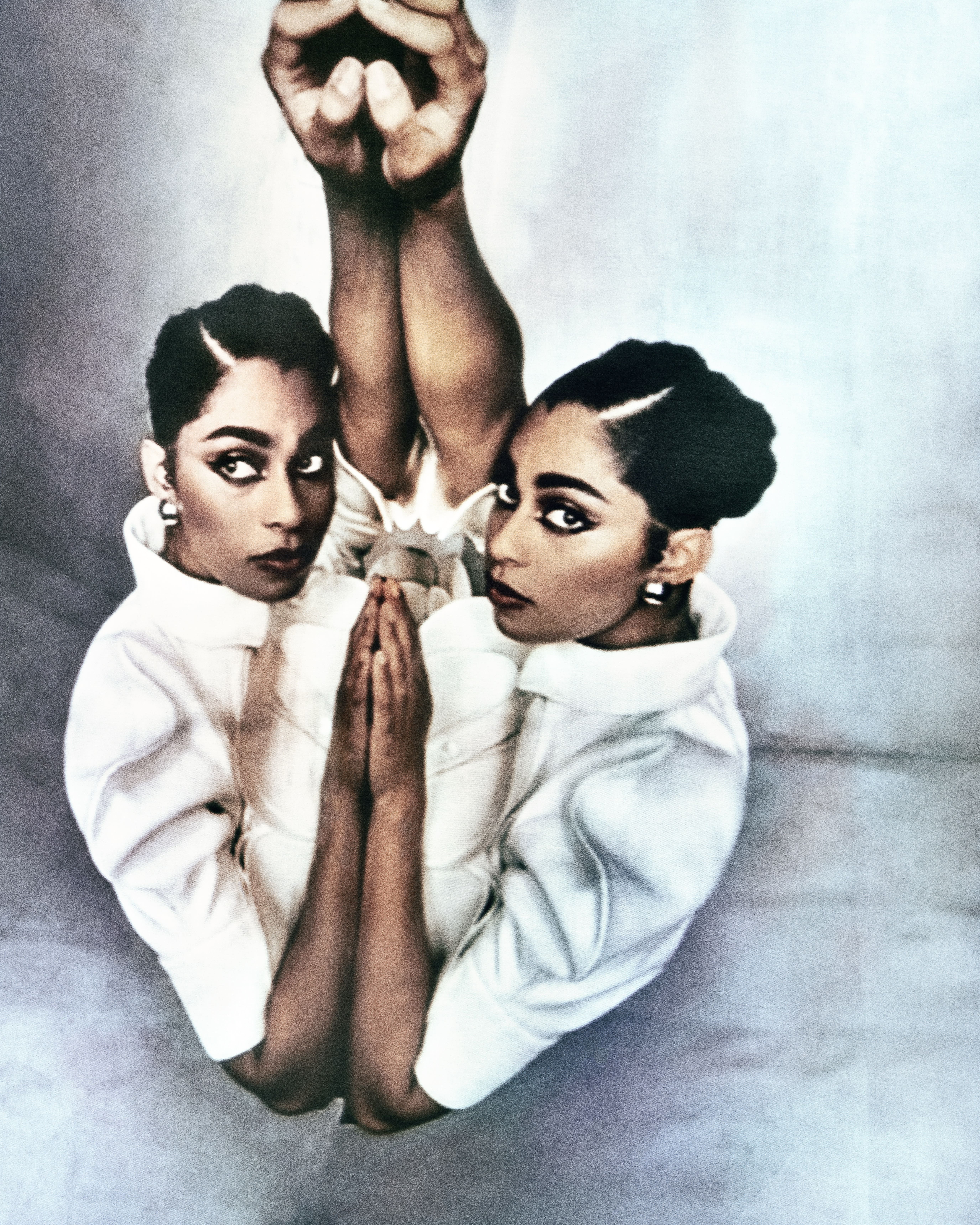 The singer says she is nervous and apprehensive for the release of her debut albumCredit: Elizaveta Porodina

“People have been really engaging with the music rather than if it comes off the back of the excitement of the Brit or the BBC Sound thing.”

Celeste’s amazing, husky, soulful voice has attracted plenty of deserved attention and she has been compared to Amy Winehouse, Nina Simone and Adele.

How does she feel about being likened to these legendary names?

She says: “It’s daunting because — wow! — what careers they’ve had. Amy Winehouse left behind two classic albums no one has really come close to.

“But I tell myself that at one time those songs were bare bones and those artists were once at the same stage of their career as I am. It’s difficult to compare where you are to where other people are.

“Everyone does things at a different pace. It’s like losing your virginity. I remember being at school and thinking, ‘Oh, my God, I’m so behind all my friends!’

Born in Los Angeles to a British make-up artist mum and Jamaican dad, Celeste grew up in Brighton but now lives in London with her boyfriend, the poet and model Sonny Hall.

And it was her dad’s death from lung cancer at the age of 49, when Celeste was just 16, that shaped her decision to become a musician. Consumed with grief, she fell behind at school. Her ambition to become a fashion designer was replaced by dreams of singing.

“I wasn’t doing well academically so I had a choice to either leave or drop the demanding subjects. So I dropped English literature and took up music and textile design.

“In music you had to sing in front of your class and that broke the ice for me. 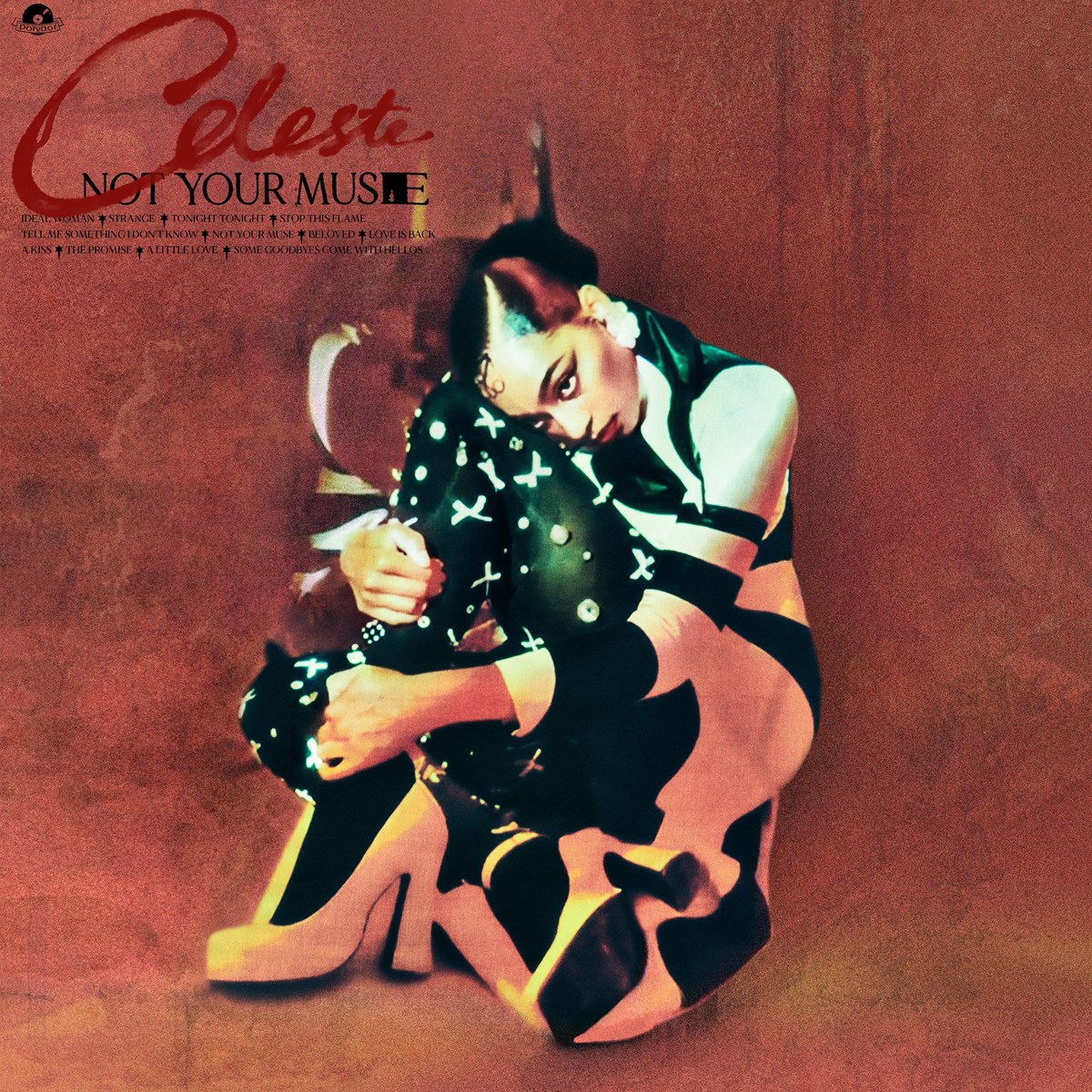 Not Your Muse is out on January 29

“I started performing and doing gigs around town with a friend’s band. We were earning £70 between us and that seemed a lot to me at the time. Playing with friends, I grew in confidence because I trusted them.”

Celeste said she shared a love of music with her dad and that loss is reflected in earlier singles Coco Blood, Father’s Son and Sirens, the track she uploaded to YouTube at 17.

“I didn’t grow up with my dad so I used to speak to him on the phone a lot. He’d play me bits of songs and sing bits and I’d try to find them for myself.

“He loved Strawberry Fields and I have a favourite story of him living in LA and deciding he was going to be an actor and going for an audition and having to sing a song and he chose to that one.”

“Working with him is special,” says Celeste. “He reads my mind with how I’m feeling.

“I’d been really curious about who he was and working with him for a while before I met him. Growing up in Brighton I really looked up to Rag’n’Bone Man.

“He was part of the Rum Committee and they were quite prominent in Brighton when I was clubbing.

“I remember seeing Rory (Graham, aka Rag’n’Bone Man) sing a capella one night and was so taken aback. I thought he was amazing. Then I found out Jamie co-wrote it, so we met and started working together.

“He allows the musician to have their say in the song when you’re a new singer and writer.

“He doesn’t overrule your ideas and doesn’t let his ego override. And he also tells me when I’m being too much. He’s great.”

Celeste’s music has been used on the soundtrack of The Trial Of The Chicago 7, John Lewis’ 2020 Christmas advert and at the end of acclaimed Disney film Soul. And Stop This Flame is the theme song for Sky Sports’ weekend coverage. 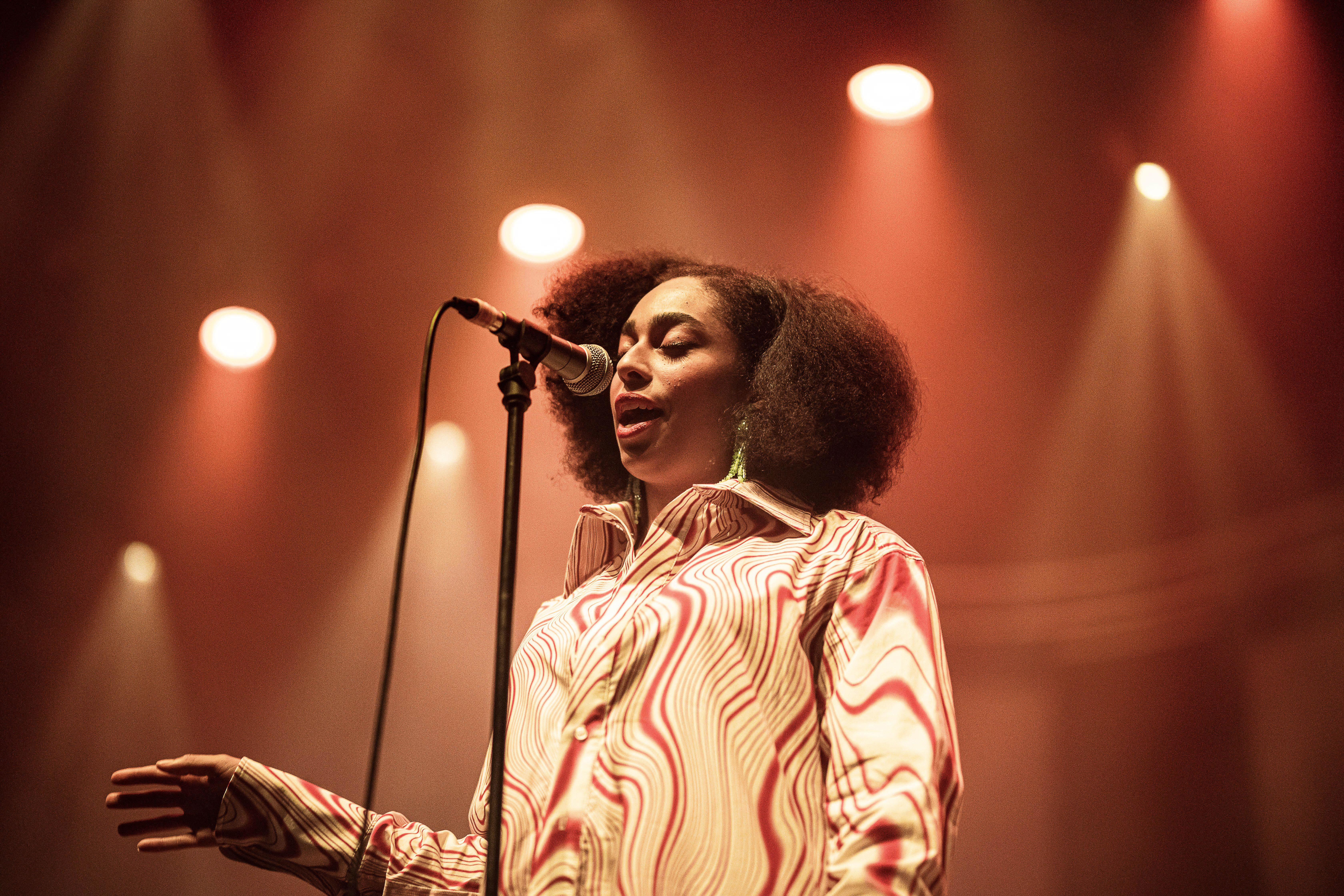 Famous fans include Tom Jones, Elton John, Mick Jagger and Paul Weller, who she duetted with on a new version of his 1995 love song You Do Something To Me.

She has supported Michael Kiwanuka on tour and worked with Billie Eilish’s brother, the songwriter and producer Finneas, on last year’s single I Can See The Change.

As well as her music, Celeste is enjoying the attention she gets for her fashion choices.

She says she has always been interested in clothes and style — and now hopes to inspire young girls as a mixed-race female.

“Using my platform is something that’s definitely become more and more obvious to me as things have gone on.

“Like wearing my hair in my natural Afro hairstyle is important. 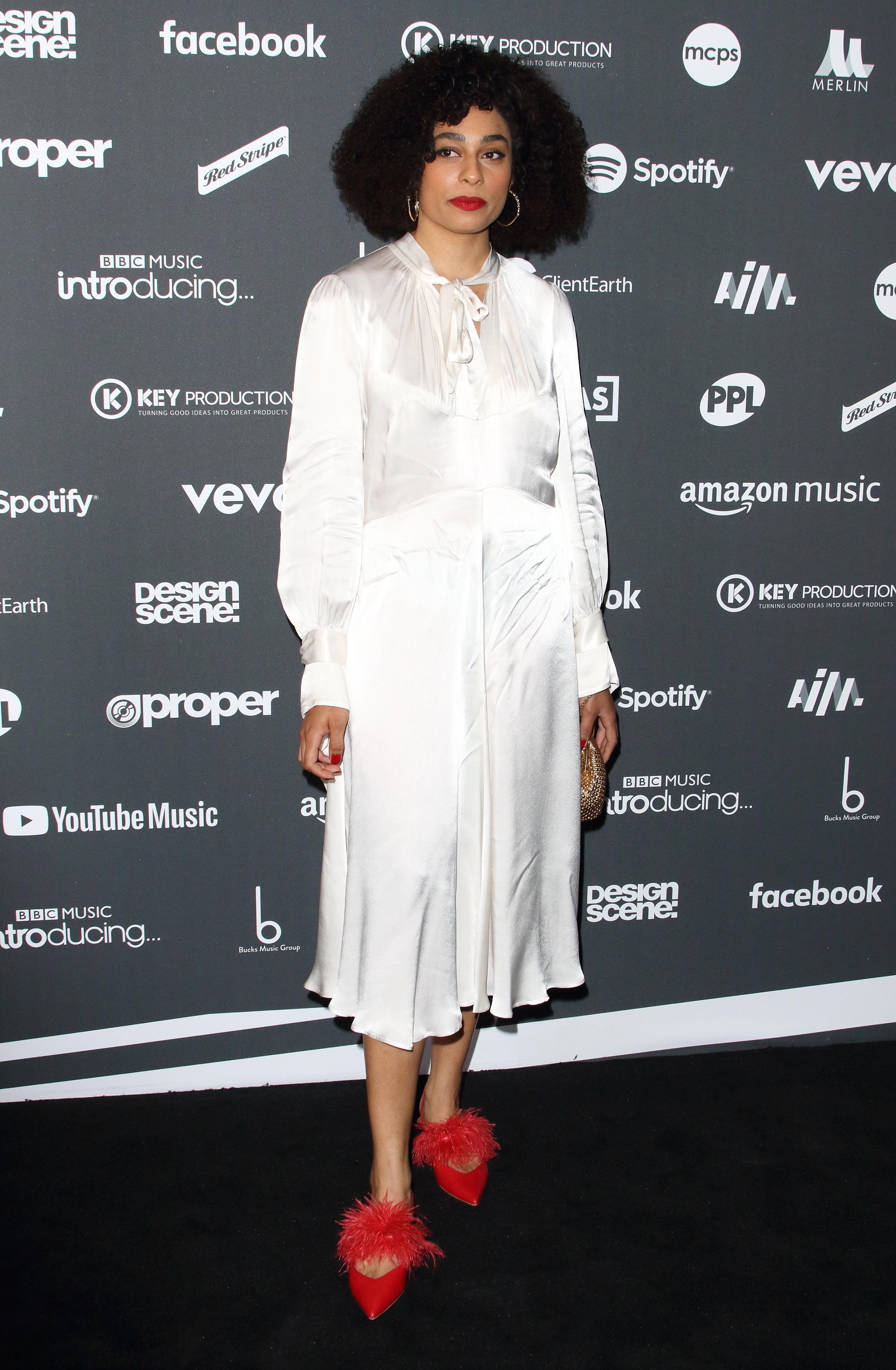 Celeste says she is enjoying the attention she gets for her fashion choicesCredit: Alamy

“I used to wear my hair in weaves all the time.

“Then one day I took it out and my hair had grown quite a lot underneath. It looked great and I felt liberated in doing so.

“I’ve had mothers come up to me and say, ‘My daughter has hair like you but she won’t wear it the same. Can I take a picture so she might wear it like that?’

“I understand that, as my mum — who’s white — was the same with me. She wanted me to wear it naturally so much. I just didn’t want to.

“But I want girls to know it’s not embarrassing or ugly.

“Even if I wanted to straighten my hair now I wouldn’t, as I want to send out the right message.”

‘LIFE IS A BUBBLE’

Not Your Muse is an album that shows what a genuine talent Celeste is.

Her voice carries such emotion that when she performs breakthrough song Strange live, her audiences have had tears running down their cheeks. It is a real “goosebumps” number.

“People started crying to that song about seven months before it came out. It’s a stripped-back song on piano at the end of the show.

“The first time I did it was at The Lexington in London and this lady at the end was dabbing her eyes like she had been crying.

“Then it kept happening at shows. It was like the yawn thing but with crying! If someone cries, the person next to them would cry. 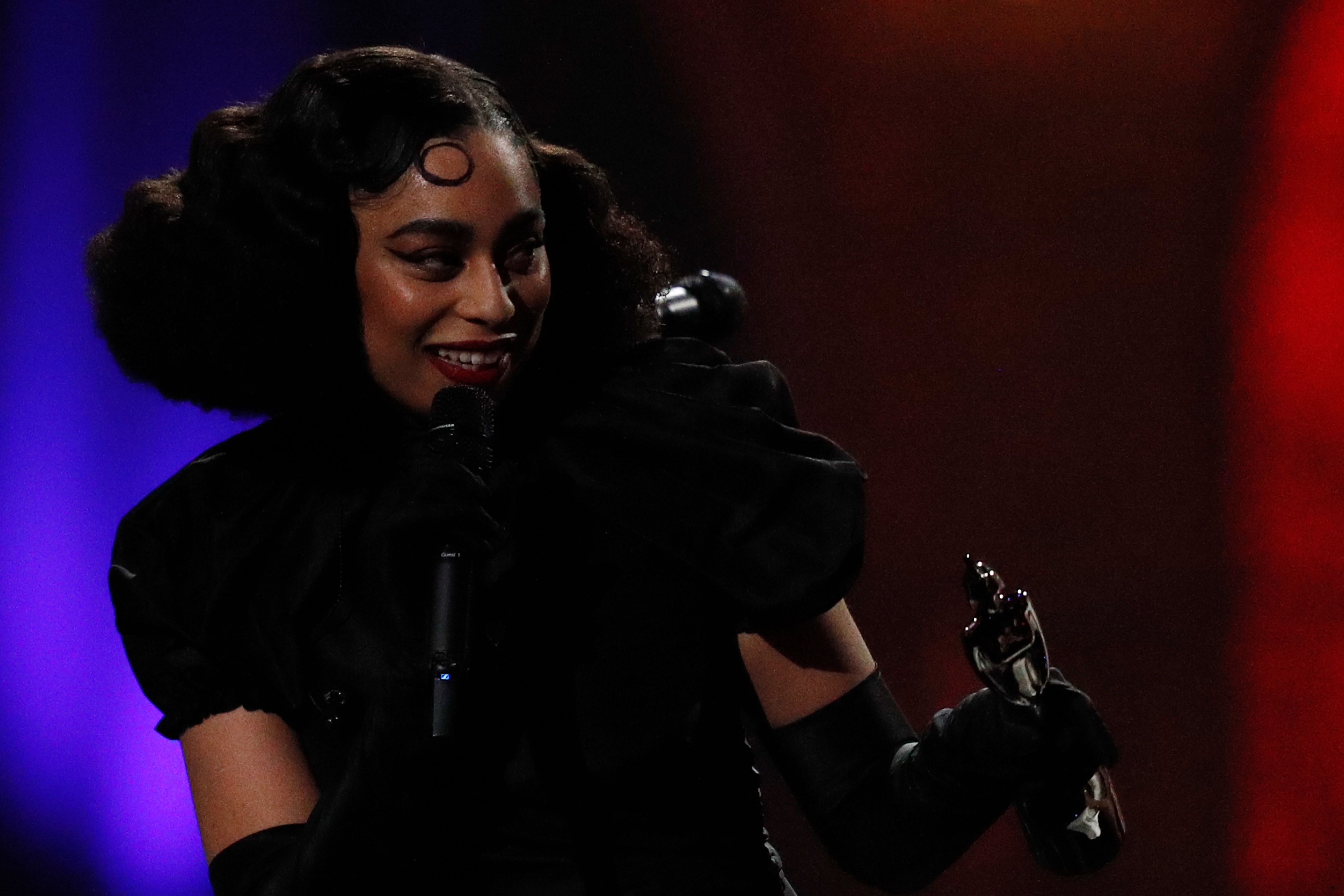 “Someone in my band said I’m the misery generator!”

Many of her older songs have been about heartbreak but her new material is inspired by boyfriend Sonny, who moved into her North London home at the start of the pandemic.

She says: “There have been so many things I’m coming across within myself and being in a relationship so there’s so much more for me to unearth and understand.

“So I’m actually excited about how that’s going to appear my songs.

“He’s a really inspiring person to be around and we are both creative, so we both understand each other’s work and how important it is. 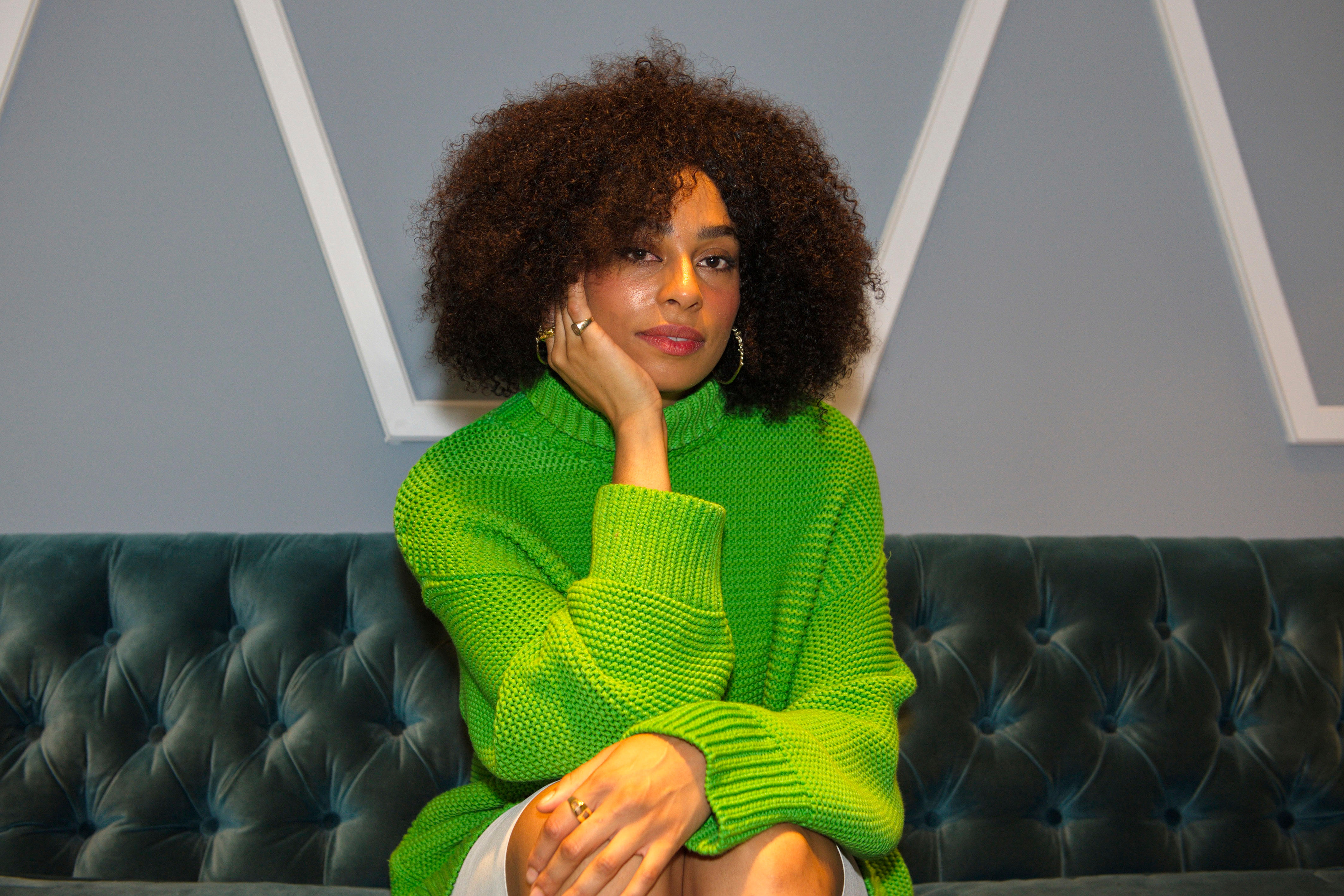 The songwriter moved into her North London home at the start of the pandemicCredit: Alamy

“We have a level of dedication to each other and I think my admiration for him will come out in the music.

Trailblazing Actress and Model Dies at 96

Novavax’s COVID-19 vaccine works, but not as well with some variants

“Don’t let no toxic shit get to you”