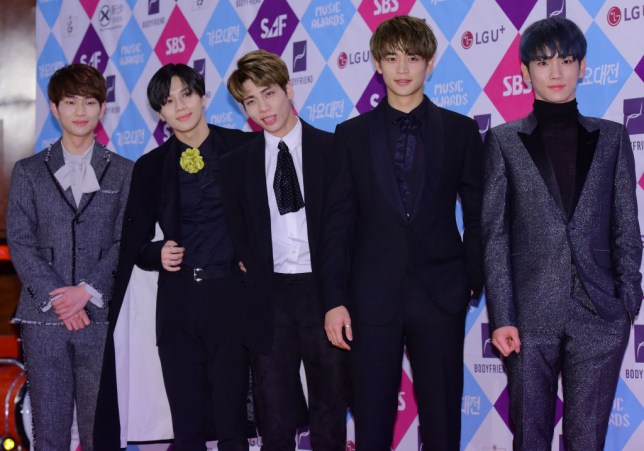 Members of SHINee have paid tribute to their late band mate Jonghyun on what would have been his 31st birthday.

Jonghyun, who died in 2017, debuted with Key, Minho, Onew and Taemin as K-pop group SHINee in 2008 under SM Entertainment.

Key and Minho shared tributes on social media with Key sharing his ‘love’ for him on Instagram.

He posted a photo of the singer wearing a red, checked suit, adding the caption: ‘I said I’d take a picture of your outfit, was it that tiresome?

‘Happy birthday 💕 i miss you and love you a lot.’

Minho posted a photo from behind-the-scenes of one of the group’s performances and wrote: ‘happy birthday to my j’, adding in Korean that he will ‘always miss’ him.

SM Entertainment marked the day with a shot of Jonghyun on stage with fans leaving their tributes in the comments.

One said: ‘Happy birthday our dearest Jonghyun! We will love and cherish you forever. I love you so so much.’

Another wrote: ‘Happy bday Jonghyun.. Always in our heart ❤️❤️’.

‘I miss you a lot my shining moon’ read one reply, as another Shawol added: ‘Happy birthday my angel. We will always be with you.’

Key was recently praised for the moment he mentioned Jonghyun on stage after SHINee won on South Korean music show M Countdown, saying the group ‘really miss him a lot’.

‘The missing space is still huge. I want to convey to him that we really really love him,’ he added.

Minho meanwhile in a recent Instagram post shared: ‘What explanation do you need? This is SHINee. We are five.’

SHINee’s recent comeback was their seventh album Don’t Call Me, soon to be followed up with repackage album Atlantis.

How to forage wild garlic and what to make with it