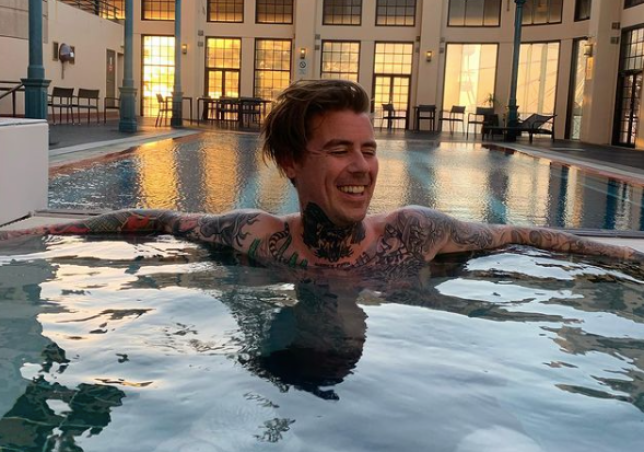 Friends and bandmates confirmed that the musician died on February 23.

His cause of death has yet to be officially confirmed.

Stars of the Australian metalcore scene paid tribute to Kennedy on social media, with former I Killed the Prom Queen vocalist Michael Crafter saying he would ‘never forget’ his former bandmate.

Sharing pictures of Kennedy and the band, he wrote: ‘For years we stood side by side on stage or in band photos. We slept on floors, in vans, planes and some how managed to tour the world. Time went way to fast.

‘We experienced highs and lows on the road and after all we went through, you will always be my friend. As the years passed us by I’m glad we’ve always been there for each other.

‘When I called you last week I didn’t think it would be the last. I wish I could say goodbye.

Love and will always miss you mate.

In a separate post, he added: ‘I’ll never forget you mate. I hope you now find some peace x.’

The metalcore band The Amity Affliction shared a picture of Kennedy and wrote: ‘Rest easy dear friend. We send all our love and thoughts to SK’s friends and family.’

The band’s bassist Ahren Stringer added: ‘You were one of a kind @skdtd my brother my friend my confidant. My heart is broken you were so loved so real and just a true f***ing legend. I’ll never forget you.’

Kennedy’s Deez Nuts bandmate JJ Peters shared a string of videos and photos remembering the star, and wrote: ‘I LOVE YOU SK.’ 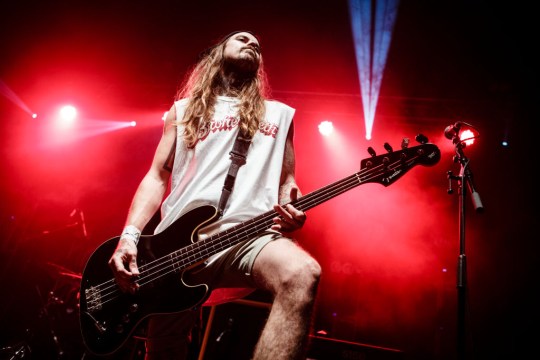 Kennedy was a star on the metalcore scene (Picture: Andrew Benge/Redferns via Getty Images)

The bassist first rose to fame in 2003 when he joined the Adelaide metalcore group I Killed the Prom Queen.

He performed on the band’s first two albums, When Goodbye Means Forever and Music for the Recently Deceased.

Kennedy performed with the group during their 2011-2013 reformation, following their 2007 break-up, but in 2013 he announced he was no longer a member of the band and would not be working on their planned third album.

In 2014, Kennedy replaced Jon Green in Deez Nuts, the band formed by his I Killed the Prom Queen bandmate JJ Peters.