Rihanna has teased plans to release a new song “soon” in the comments of a recent Instagram post.

To mark Women’s History Month this March, Rihanna posted a video to Instagram which celebrated her career and identity as Black woman.

The video features clips of her achievements as a musician – particularly the release of her last album ‘Anti’ – and as a performer, designer and philanthropist.

She captioned it, “Grateful to the most High for putting die hard supports in my circle… Congrats to everyone that contributed to this era [‘Anti’], thank you team.”

In the post’s comments section, a fan asked Rihanna to “celebrate by releasing a song”.

Rihanna responded “I think I should” with a “soon” emoji, before adding “just 1 tho lol”.

The Barbadian singer also responded to a fan’s comment about an entire new Rihanna album. The fan wrote “R9 is what we need”, to which she replied, “Lemme have my moment nuuuhhh??? Lol”. 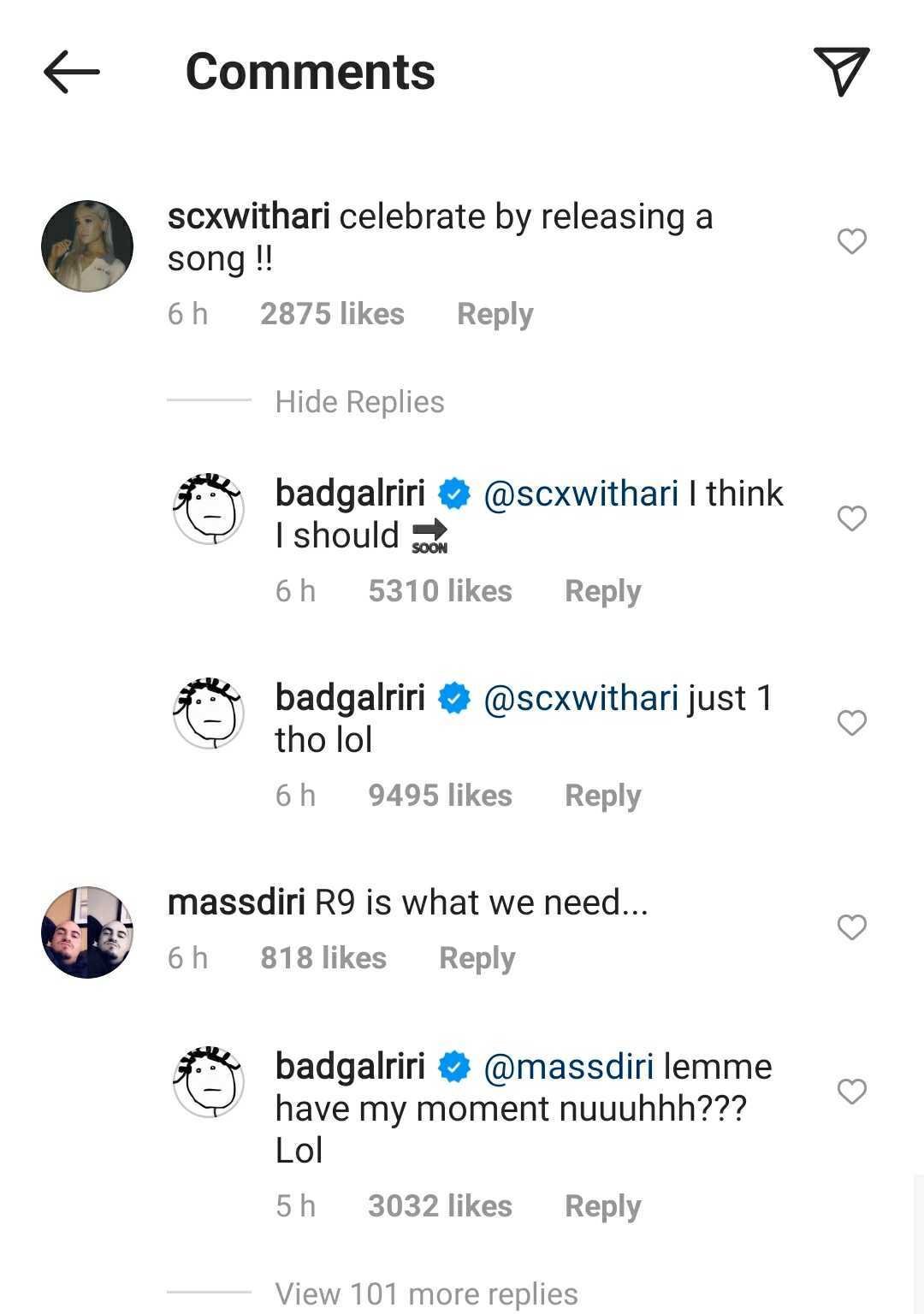 Rihanna appears to be teasing the release of a new single. Credit: Instagram

Rihanna released her last studio album, ‘Anti’, back in 2016. A year ago, she guested on ‘Believe It’ by PARTYNEXTDOOR. It hit streaming services in late March last year and was her first track as lead artist since 2017.

In an interview late last year, Rihanna said that pandemic-induced lockdowns have helped her “creativity blossom”.

“2021 is a little unknown for everybody … my creativity is within my control though, and I want to take my music and my brands to a different level,” she told Closer in December 2020.

She is yet to announce a concrete release date for any new music, however.

More recently, Rihanna was one of many artists to speak out against anti-Asian violence this month, following a mass shooting in Atlanta which left six Asian women dead.

“What happened yesterday in Atlanta was brutal, tragic & is certainly not an isolated incident by any means,” she wrote on Twitter.

“I’m heartbroken for the Asian community & my heart is with the loved ones of those we lost. The hate must stop.”