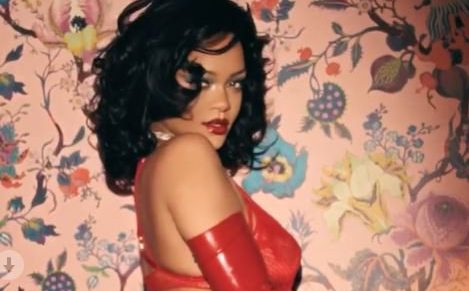 Rihanna has taken a trip down memory lane to five years ago when she released her eighth album Anti.

The We Found Love singer released the chart-topping album on January 28, 2016 and marked the occasion yesterday with a montage of Anti’s incredible achievements.

In the clip shared on Instagram, the album’s lead single, Work, provides the soundtrack as Rihanna reels off all the impressive

In the clip shared on Instagram, Rihanna reels off all the impressive facts and figures about Anti as the album’s lead single, Work, provides the soundtrack.

Anti reached number one on the Billboard 200 chart and has amassed an eye-watering 11 billion streams to date.

Love On The Brain has sold more than 15 million copies, Kiss It Better with 5.5 million, Sex With Me over 4.5 million and Desperado more than 3.5 million singles sold worldwide.

While the majority of fans joined in the celebrations, others used it as an opportunity to remind RiRi that she still hasn’t released her elusive ninth album, R9.

One follower pointed out: ‘5 Years of no new music Riri where’s the album we need the damn album.’

Another cried in similar fashion: ‘5 years of no music ?.’

‘Congrats but… Please bless us with new music soon queen,’ another begged.

A particularly angry fan even stated: ‘Rihanna. Let’s not do this rn sis. We mad at you.’

Another demanded: ‘Let’s celebrate by dropping the album.’

Anti is Rihanna’s most recent album and, clearly, fans have been suffering with the new music drought.

The 32-year-old singer has confirmed that she’s been recording R9 slowly over the years and various music producers have claimed to work on it.

However, the Umbrella hitmaker does not want to hear anymore pleas for the record and stated earlier this month: ‘This comment is sooo 2019. Grow up.’