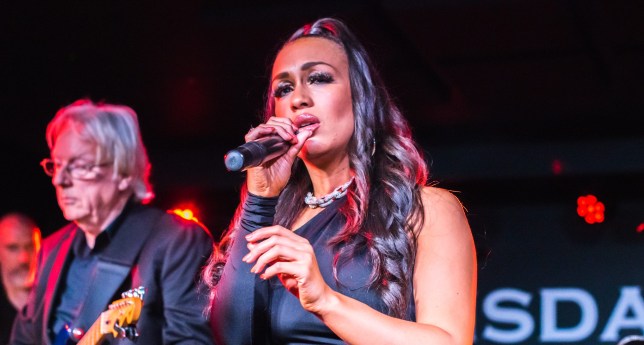 Rebecca Ferguson is campaigning for artists’ welfare in the music industry (Picture: Redferns)

Rebecca Ferguson has continued her campaign to crackdown on ‘bullying’ in the music industry, urging artists not to fall victim to a ‘slave mentality’.

The I Hope singer is spearheading a petition to introduce policies within record labels and other areas of the industry that would protect the welfare of performers.

Her claims have been echoed by former X Factor stars Jedward, who recently called out the ITV talent competition and Simon Cowell.

In her latest tweets, Rebecca continued to raise awareness on the issue and said: ‘“Don’t bite the hand that feeds you?” You are right, our talent has fed them! Mortgages, Holidays, Yachts… and they were ungrateful and they took it for granted! It is a luxury to make a living from another’s talent! So make sure respect and honour is shown!’

She added: ‘Artists you are a gift to the world here to share your ART! You are to be respected and treated like the gold that you are! Don’t ever again have a slave mentality take back your power! They exist because of you and they fear the day you realise it!’

The 34-year-old musician added a stunning photo of a lake and wrote: ‘The view is clear from where I stand.’

Earlier this month, it was confirmed that Rebecca will be meeting with Secretary of State, Oliver Dowden, from the department of Digital, Culture, Media and Sport at the beginning of May to debate the treatment of musicians. 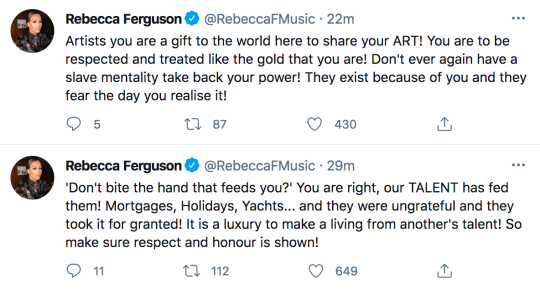 The singer urges musicians to ‘take back your power’ (Picture: @rebeccafmusic, Twitter)

Her team published an open letter calling for parliamentary action and stated: ‘The music industry is currently very much front of mind with the Commons Select Committee as the economics of music streaming is in the process of an investigation.

‘Rebecca is calling for the Select Committee to extend the interrogation beyond just streaming and for artist welfare to come under the microscope.’

The Glitter & Gold singer added a personal statement and said: ‘People have warned me for years about doing this or have encouraged me not to speak out, and unfortunately, I realise that my career may be once again affected by speaking out. 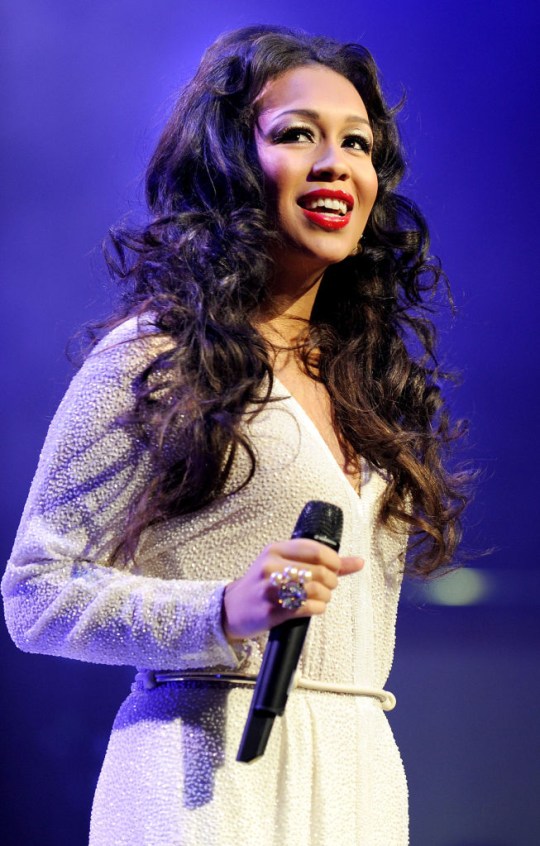 Rebecca will be meeting with Oliver Dowden next month (Picture: WireImage)

She continued: ‘By regulating the music industry and holding people to account it will make for a happier and healthier working environment, which will in turn increase productivity!

‘My proposals are not very different to other businesses, I just want the people working within the industry to have somebody above them, so that they can never become so powerful that their actions are unpunishable.’

Rebecca rose to fame as a contestant on The X Factor in 2010 and went on to release four albums and the hit singles, Nothing’s Real But Love, Backtrack, Glitter & Gold and I Hope.