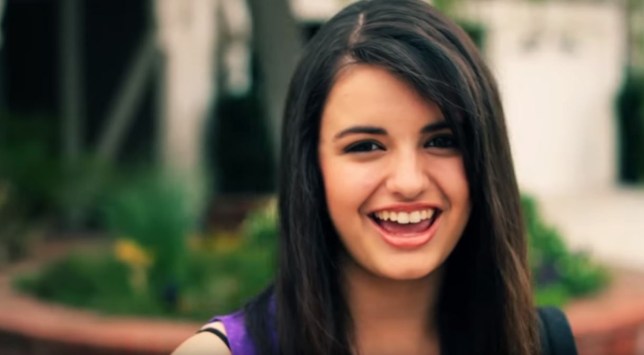 Fridays have never been the same since Rebecca Black told us that we’ve gotta get down on them.

And today, we mark 10 whole years Friday took the internet by storm. Yes, we are all ancient.

On February 10, 2011, the music video for Friday by a then 13-year-old Rebecca Black surfaced on YouTube, after the teenager’s parents paid $4,000 to ARK Music Company for her to record her own single.

The inoffensive but autotuned within an inch of its life song about looking forward to the weekend, with songs about eating cereal and picking which car seat to sit in, gained about 4,000 views, which was pretty great for schoolgirl Rebecca.

However, four months later, after the track was picked up by a blog, Friday had racked up over 160 million views and had become a genuine internet sensation.

While Rebecca was hit with ridicule and abuse over the autotuning and the song’s nonsensical lyrics, Friday was covered by the cast of Glee and gained fans including Simon Cowell, Katy Perry and Miley Cyrus.

Marking a decade since going viral, Rebecca – who is now 23 years old – has released a remix of Friday with 3OH!3, Big Freedia and Dorian Electra.

The singer said: ‘I’d had the idea to do this remix of Friday for years leading up to now, but honestly it was also mildly insane for me to think anyone else would want to be a part of it.

‘As I started talking about it with other artists and producers, I couldn’t believe how stoked people were about it. I am thrilled to have some of my favourite artists (and people) as a part of this moment.’

Far from the styling of the original video, the artwork for the remix sees Rebecca wearing a houndstooth tunic with exaggerated shoulders, latex gloves and blue lipstick.

The official video for the song comes out at midnight in the US.

Last year, marking nine years since Friday’s release, Rebecca referenced the abuse she was subjected to by trolls as a young teenager.

She wrote on social media: ‘Above all things, I just wish I could go back and talk to my 13-year-old self who was terribly ashamed of herself and afraid of the world.

‘I’m trying to remind myself more and more that every day is a new opportunity to shift your reality and lift your spirit. You are not defined by any one choice or thing.

‘Time heals and nothing is finite. It’s a process that’s never too late to begin. And so, here we go! This might be a weird thing to post but the honesty feels good if nothing else.’

The singer came out as queer last year and recently released her new single Girlfriend, which she described as a ‘big happy gay song’.

In the lyrics, Rebecca sings: ‘Wanna see her, wanna hold her/ It hit me all of a sudden/ I’m getting back with my girlfriend.’

How can I get a refund on my holiday? From EasyJet and Ryanair to TUI

Independent Label Market to mark 10 years with return to London