Quavo and Takeoff tease future of Migos without Offset

Quavo and Takeoff have suggested the possibility of Migos’ future without former bandmate Offset.

Speaking in a new interview on DJ Scream’s Big Facts podcast, Quavo cryptically spoke about the future of the band.

“I just feel like we want to see our career as a duo, you know what I’m sayin’? Because we just came from a loyal family…that’s supposed to stick together,” he said. “Sometimes, when shit don’t work out, it ain’t meant to be. So that’s what I think.”

“We don’t know all answers,” Takeoff added. “God know. So we pray a lot. And we tell him, whatever, whatever ain’t right, however you supposed to see it fit, you put it back together or however you do it. Only time will tell. We always family now. Ain’t nothing gon’ change.” 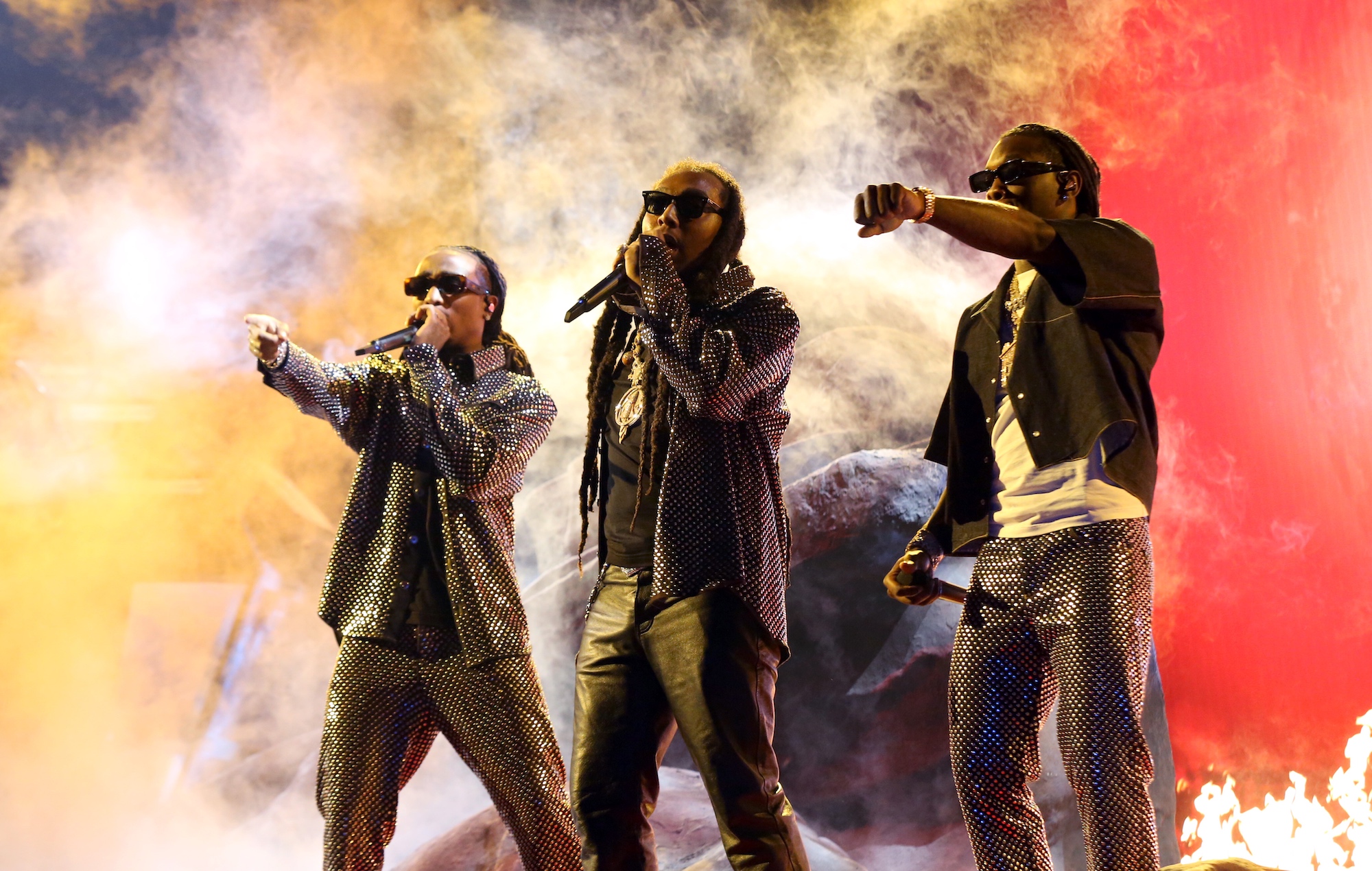 Quavo and Takeoff are set to release new album ‘Only Built for Infinity Links’ as Unc & Phew tomorrow (October 7) via Quality Control/Motown.

Quavo and Takeoff, who are uncle and nephew respectively, released their fourth album as Migos with Offset (who is Quavo’s cousin) in 2021, called ‘Culture III‘.

In August, Offset reportedly filed a lawsuit against Quality Control – the record label of Migos – over ownership of his solo recordings.

According to court documents obtained by Variety, Offset alleged that Quality Control is claiming ownership over his recent solo work despite his claim he bought back the rights to the music last year.

In the complaint, the rapper claimed that the label’s alleged hold as “wrongful” and that it “knowingly violates Offset’s rights to his own music”.

It followed rumours of a potential band breakup, when the trio announced a show that appeared to exclude Offset.

In a four-star review of ‘Culture III’, NME wrote that “rap’s premier trio” ended trilogy on a high note, but noted that “a stricter edit here could’ve enhanced the experience even further”.