Peter Saville has redesigned his iconic artwork for Joy Division‘s ‘Unknown Pleasures’ for a new t-shirt to raise funds for Music Declares Emergency’s No Music On A Dead Planet.

The campaign, which has been backed by the likes of Billie Eilish and Foals as well having shirts designed by Thom Yorke and others, is this week launching the Turn Up The Volume Campaign – calling upon the music industry to “reinforce its commitment to action on the climate emergency”. The campaign will run throughout the week, including Earth Day on April 22.

To kick things off, a new t-shirt has been unveiled – a reimagining of the artwork for Joy Division’s seminal 1979 debut ‘Unknown Pleasures’. The sleeve was originally based on an image of radio waves from pulsar CP 1919, now shows the waves as flat and lifeless to “symbolise the eternal silence of a dead planet”.

“The truth of the matter is that the world is terrible trouble now and if we don’t look to address the climate emergency facing the planet immediately then ourselves and all future generations face tremendous problems,” Joy Division bassist Peter Hook told NME. “If everyone can look to make changes, we could all have a huge impact.”

You can now order the t-shirt here. 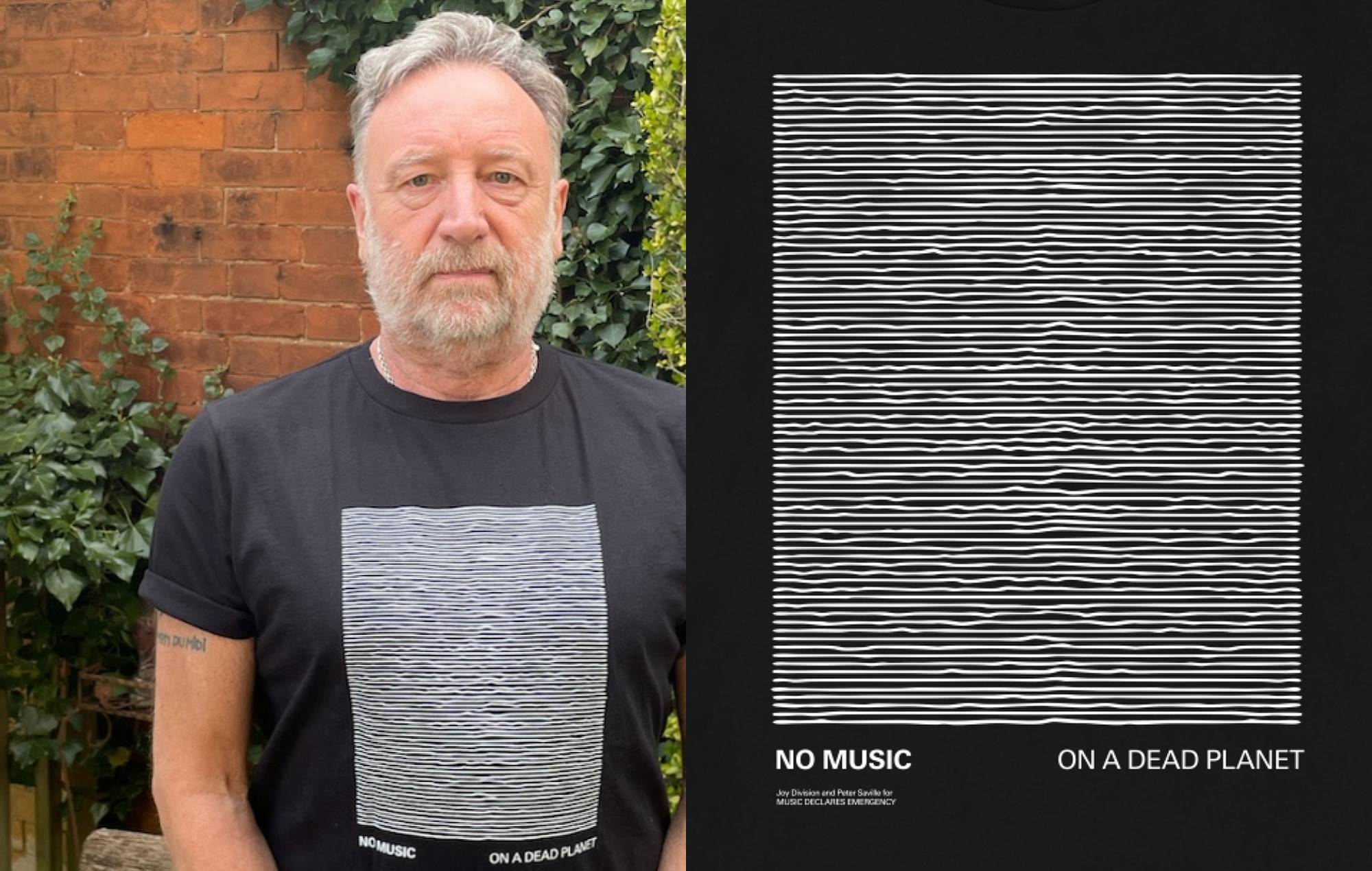 Speaking to NME about the organisation’s goals in 2019, Music Declares Emergency founder and Savages’ drummer Fay Milton said: “There’s such a short period of time to make the changes we need to make, and to make people wake up and realise that there isn’t time for everyone to change everything they do.

“To use Greta Thunberg’s analogy, the house is on fire, and there isn’t time for whoever started the fire with their cigarette to quit smoking before saying the house is on fire – it’s on fire now, and we need to fix this. Let’s change our lifestyles, let’s fly less, let’s use less plastic – but ultimately what’s needed is a governmental response.”

She added: “People are getting used to the word ’emergency’, but we shouldn’t – it really, really is an emergency. Every single day that we’re not doing something, it’s putting the world in more danger.”

For more information on the Music Declares Emergency Turn Up The Volume campaign visit here.

Meanwhile, Peter Hook and the Manchester Camerata have announced more live dates for their ‘The Sound Of Joy Division Orchestrated’ show, while New Order release Education Entertainment Recreation (Live at Alexandra Palace) on May 7.