IT’S Glastonbury’s mysterious area where celebs party away from the spotlight.

The secret Rabbit Hole is the festival’s must-find area where Noel Gallagher, Niall Horan and in the past even Prince Harry have been spotted having a good time.

In Glastonbury’s secret Rabbit Hole, an Alice In Wonderland-themed area, is where Paolo Nutini is enjoying a post-performance beerCredit: supplied 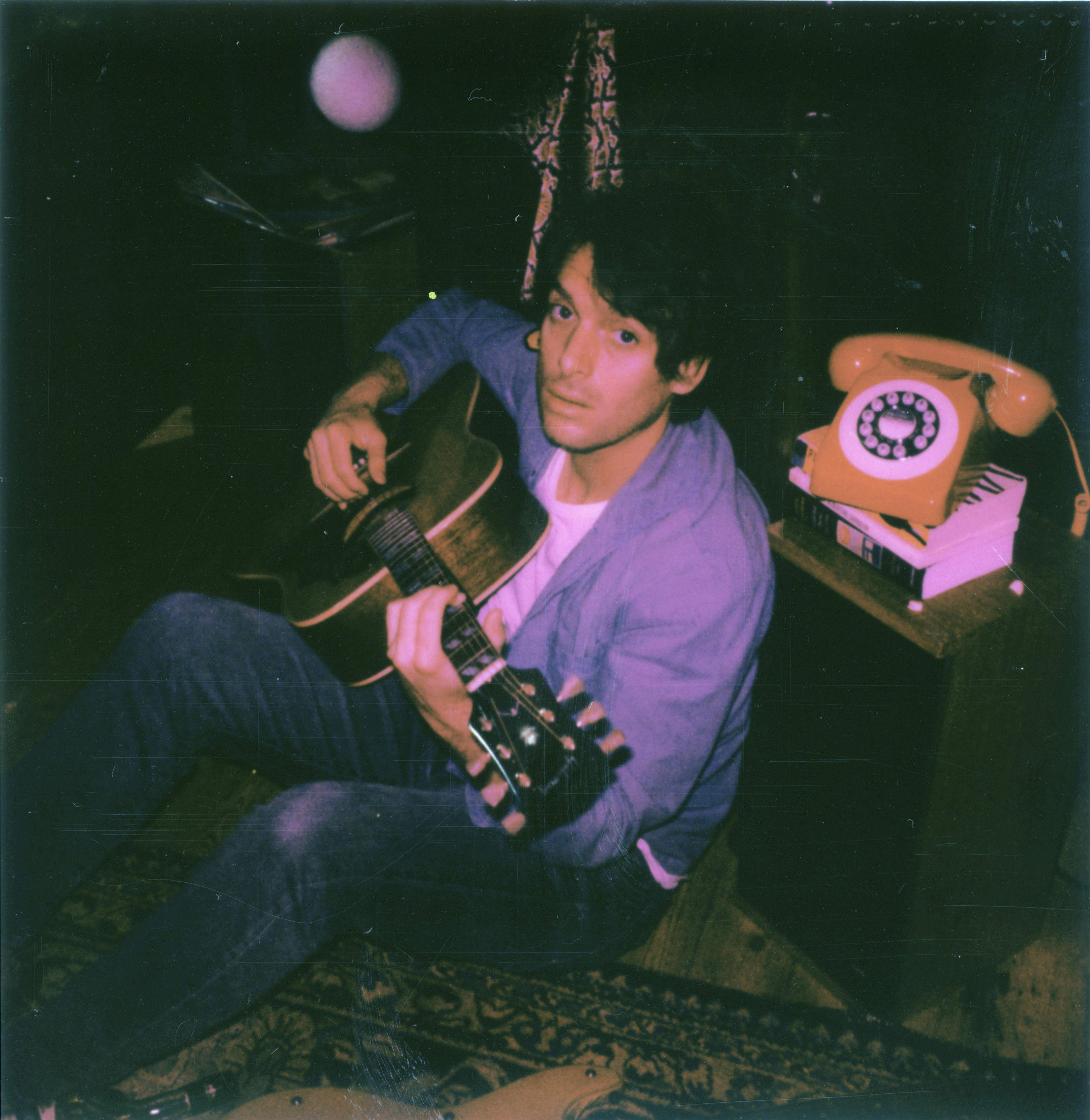 Today he talks about his return and his career-best fourth album, Last Night In The Bittersweet

And it’s in this Alice In Wonderland-themed area where Paolo Nutini is enjoying a post-performance beer and is ready to talk about his return and his career-best fourth album, Last Night In The Bittersweet.

It’s been a few hours since he played an unannounced gig at the easier-to-find Rabbit Hole Bar. There, fans climbed up tent poles to get a glimpse of the enigmatic Scottish singer, who has been away since his third album Caustic Love topped the charts and became one of 2014’s biggest-selling albums.

He says: “Me and my band toured for a good couple of years after the last album was released. After that I’ll go and buy a one-way ticket to see places that I need to see and sometimes that trip will be a weekend and other times that will be three months or more. I’m lucky to be able to take that time and just see what happens. I don’t really think too much about it.”

Nutini finds lots of his inspiration for songs while travelling. This time he visited New York and Mexico following the end of a relationship which inspired new single Acid Eyes. 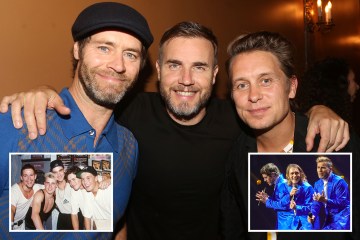 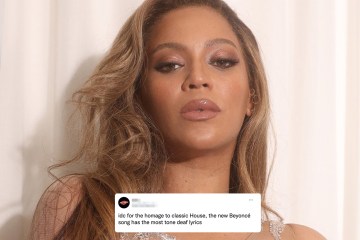 He says: “I pull it in from my perspective — it’s a personal song but I wind other stories in too. There was a big period of travelling and dealing with life and all the time I was writing.

“I’m always writing ideas. Even if it’s just the start of a song, I record the ideas. I squirrel them away and I’m happy with that way of working. I didn’t feel like I was wasting time, even though you can argue that I was,” he laughs.

Nutini says it is only when he gets a certain feeling about a number of songs that he can start thinking about putting them together as an album.

He says: “It’s one thing writing a bunch of songs, but that’s not an album. An album has to hang together to create a little story or makes some kind of point and eventually I’ve thought we are almost there, now’s the time, how do we make this an album?”

The 35-year-old is a reluctant pop star who is in the business for the music rather than the trappings that come with success. He is not interested in selling himself as a brand or in endless promotion.
But that doesn’t mean Nutini is difficult either — far from it. He’s the same honest and soulful personality that shines through in his songs.

He says: “I do have moments of insecurity and anxiety about what people may think. It’s hard, as I’m quite a private person so all of a sudden, there’s this juxtaposition of going back into the most public theatre.

“There’s no doubt about it, common sense would say you can build momentum in a better way than I do. And who knows what kind of difference that would make? But you can only do it the way that you do it. And this is my way.”

Nutini is immensely proud of his new album, and rightly so. Last Night In The Bittersweet shows off just how brilliant a songwriter Nutini is. At 16 tracks long, it could be called a double album and it’s Nutini at his very best.

Unconstrained by genre, he is able to go wherever his creativity takes him. Even Quentin Tarantino gets a credit on album opener Afterneath, for Nutini’s sample from his 1993 cult film True Romance.

Tracks like Radio, the hypnotic Neu!-sounding Lose It, Children Of The Stars, Shine A Light, Heart Filled Up and Nutini’s personal favourite, the Robert Wyatt-sounding Take Me Take Mine are diverse in style and elevated by his extraordinary voice.

“I love Robert Wyatt and I bought this massive Soft Machine vinyl box set and sat and listened to it all,” he says. “It got me into looking into more Robert Wyatt stuff. He has got a voice that is just, well . . . I knew Shipbuilding but I didn’t know it was an Elvis Costello cover until fairly recently.”

New single Acid Eyes is already a fan favourite following Nutini’s recent live shows and his performance of the song in the BBC’s Glastonbury studio.

Honestly, it’s a very human thing to feel anxious. I envy people who think they’ve got it all sussed and under control.

And it was a song he wrote with Haim in mind. He explains: “I wrote that in my living room. I wanted to try and write a song that maybe Danielle from the Haim girls would sing with me. There’s the two vocals, the high and the low, which I figured was a duet. Everybody said why don’t I ask them to do it but I thought, ‘What if they say no?’. So I didn’t.

“I met them for the first time when we were making the Caustic Love album. We worked with producer Dave Sardy, who brought in Blake Mills to play guitar. At the time his girlfriend was Danielle Haim and she swung by.

“Then last time we played Glastonbury, Haim were backstage when we played The Other Stage and we ended up having a few drinks with them. They were really nice to me and my friends and they are great. And maybe if they hear of this . . . ”

It seems incongruous that Nutini with his talent and charisma would be shy about asking Haim to sing on such a standout song. He replies: “Honestly, it’s a very human thing to feel anxious. I envy people who think they’ve got it all sussed and under control.

“That’s why I love Liam,” he says of the former Oasis star who he recently supported at Knebworth. “He is one of those people who has that confidence in the way he talks and acts. He’s amazing.”

‘I’ve made amazing friends through music’

Another huge influence on Nutini is American singer-songwriter Sixto Rodriguez, known as Rodriguez, whose career revival was told in the Oscar-winning documentary Searching For Sugar Man. Nutini says meeting him for the first time at the Byron Bay Blues festival in 2007 in Australia was something he’ll never forget.

“Rodriguez was a guy that I just could only dream about what he was like. To me, he was this shamanistic Mayan, my hero and one day we met. I thank the crazy universe that happened.

“Then after that, we became friends, we played music together and we spent nights together smoking joints. And this is a guy who is 40 years older than me. I just feel that’s my brain. With music, age doesn’t really equate. It brings people together in a way that ten or 20 years’ difference doesn’t matter. I’ve made some amazing friends through music.”

Nutini cites Devo, Fats Domino and Wire as music he has been listening to. He says: “My Girl Josephine and Devo’s Gates Of Steel are my morning songs.

“Then Krisma’s C-Rock from the album Chinese Restaurant is a masterpiece and that influences Lose It on my album. Think of the mundane weather in Glasgow, the grey skies, then with your headphones at the right level, playing C-Rock, you’re in the cosmos. It’s bloody powerful music.” Lose It has been one of Nutini’s favourite new songs to play live.

Debuting it at his recent run of 100 Club shows — where Lewis Capaldi, Peter Capaldi, Sam Fender, footballer Kieran Tierney and Tom Odell were all in the audience — fans compared him to Iggy Pop and AC/DC’s Brian Johnson, which may come as a surprise to people who don’t know Nutini’s music.

When Nutini first appeared in 2006, he was pigeonholed as “another James Blunt or James Morrison” which couldn’t be further from who he is.

“I wish I had Iggy Pop’s body,” he laughs. “But live is always where I am myself. There’s been times earlier on when I was styled or made to look different — photos of me that were airbrushed to the point where I just don’t know what I look like.

“But through my live performances it would always be a way to say, ‘Well, this is what I do’.”

When Nutini first appeared in 2006, he was pigeonholed as “another James Blunt or James Morrison” which couldn’t be further from who he is. He has produced Last Night In The Bittersweet with Dani Castelar and Gavin Fitzjohn, who also plays in his band.

He says: “The three of us really knew what we were trying to achieve, and everybody was bringing their own thing to it. We had each other’s backs. When we all liked something that was what mattered.”

Children Of The Stars is another great track on the album and was inspired by Nutini’s love of sci-fi novels. He says: “I’d been reading Women Of Wonder before bed, which is the first line of the song.

“This happens now and again and I f***ing love it when it happens but I got up one morning and I had heard a song in my dream. It gives me a real buzz. I record everything on my phone so if it runs out of battery, then my brain goes. When a song comes to me in a dream, it’s wicked.

“I hope the album gets myself across what I’ve been doing and where I’ve been at, that’s all I can ask. I can’t wait for people to hear Take Me Take Mine, Heart Filled Up and Julianne and then get involved in the gigs.

“I wanted to get the songs out there as early as possible because I wanted fans to become familiar with them when I play live, especially TRNSMT (the Glasgow festival he headlines next weekend).

“I’m not really very precious about them in terms of they need much ceremony, I just need them to be heard.” 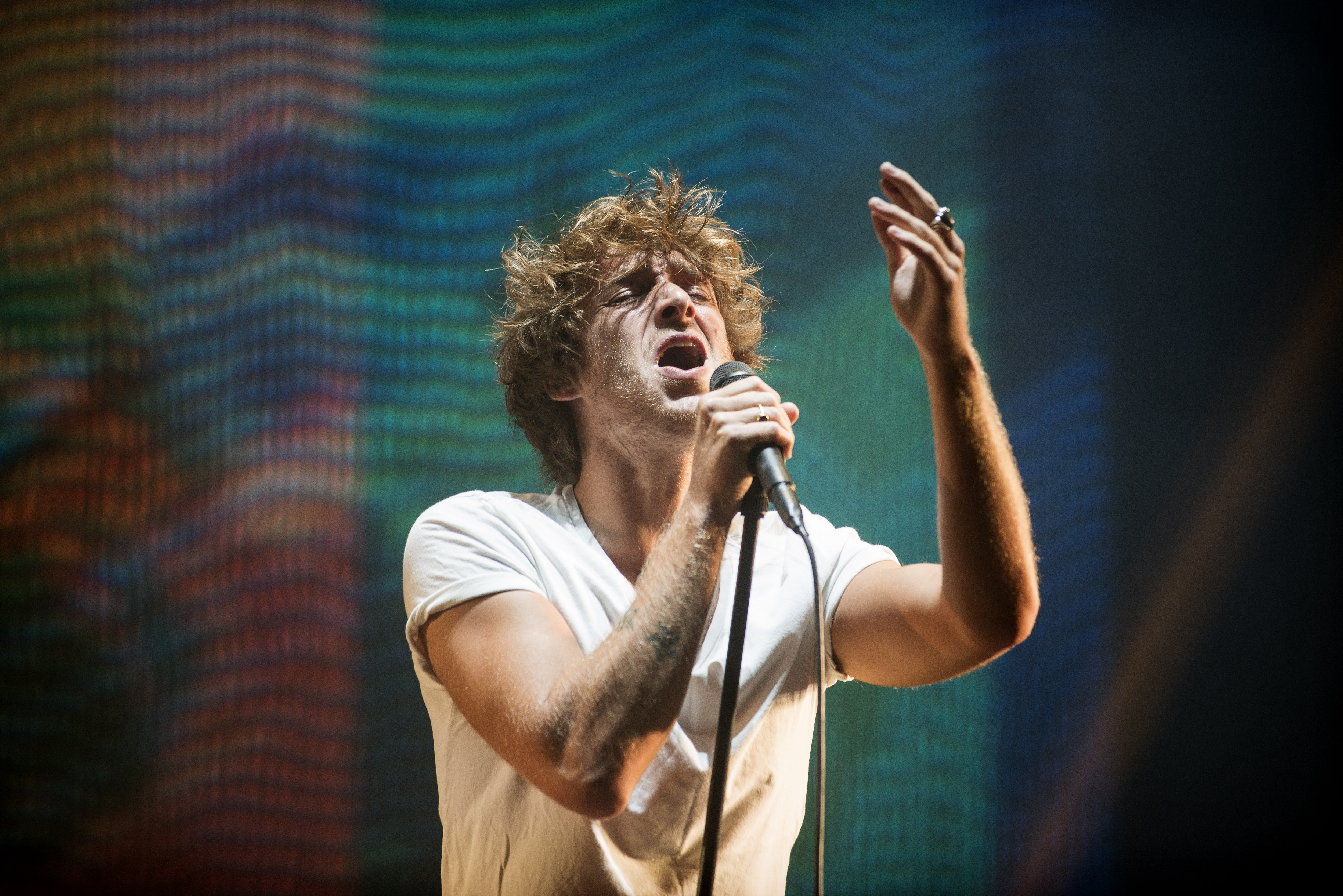 Paolo reveals ‘An album has to hang together to create a little story or makes some kind of point’Credit: Getty 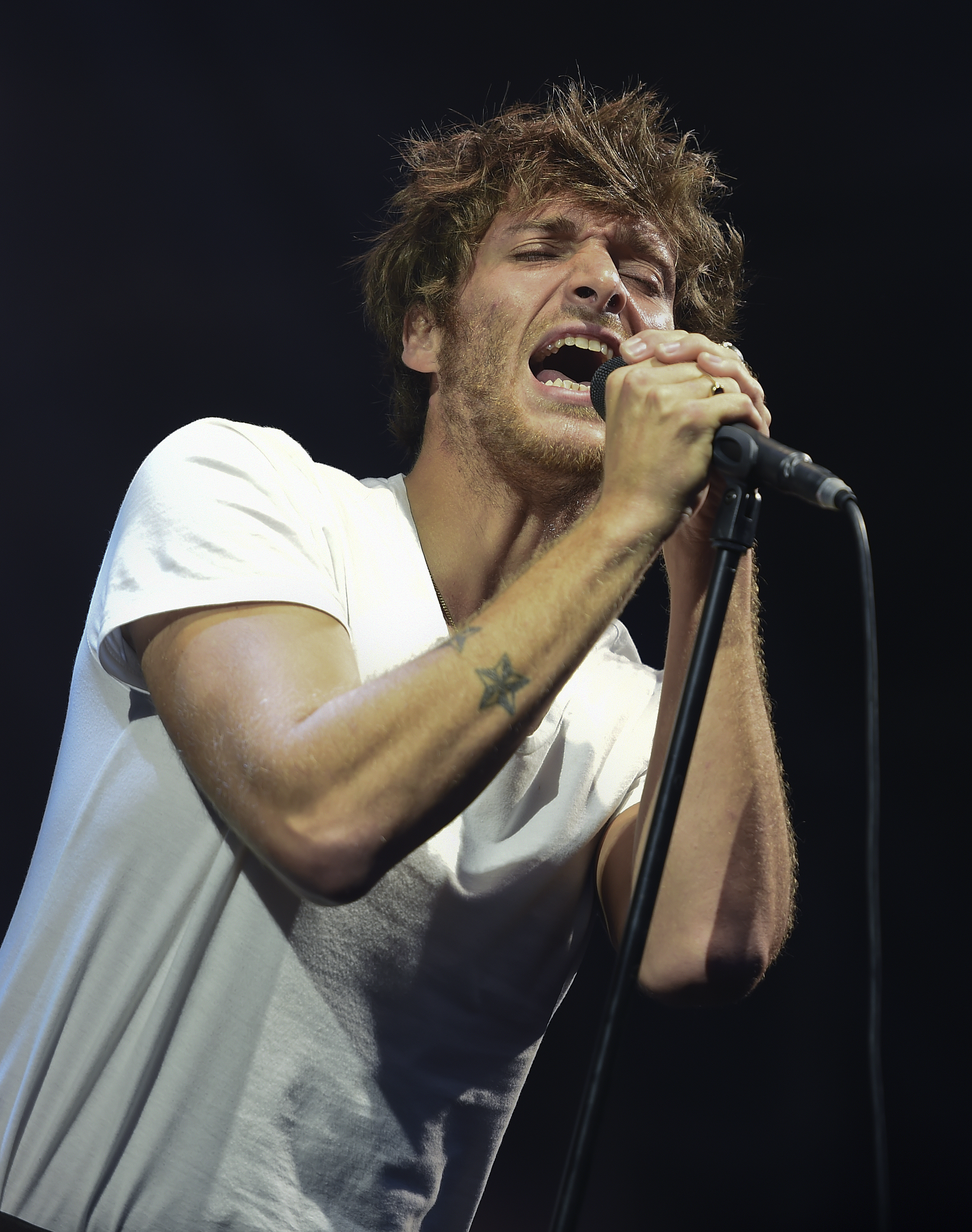 He adds ‘I hope the album gets myself across what I’ve been doing and where I’ve been at, that’s all I can ask’Credit: Getty 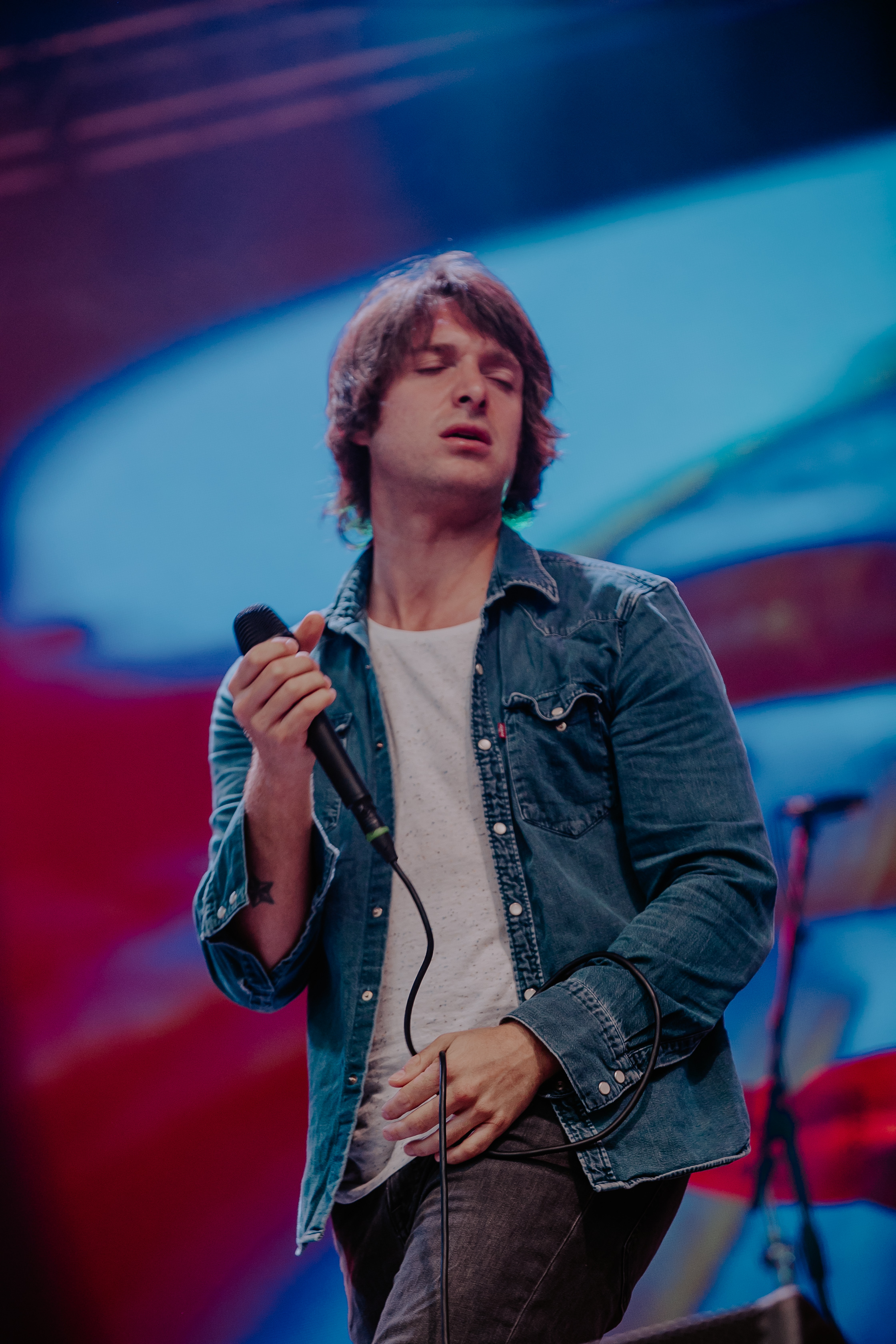 Last Night In The Bittersweet is out todayCredit: Getty

Horoscope today, Friday July 1: Daily guide to what your star sign has in store for your zodiac dates 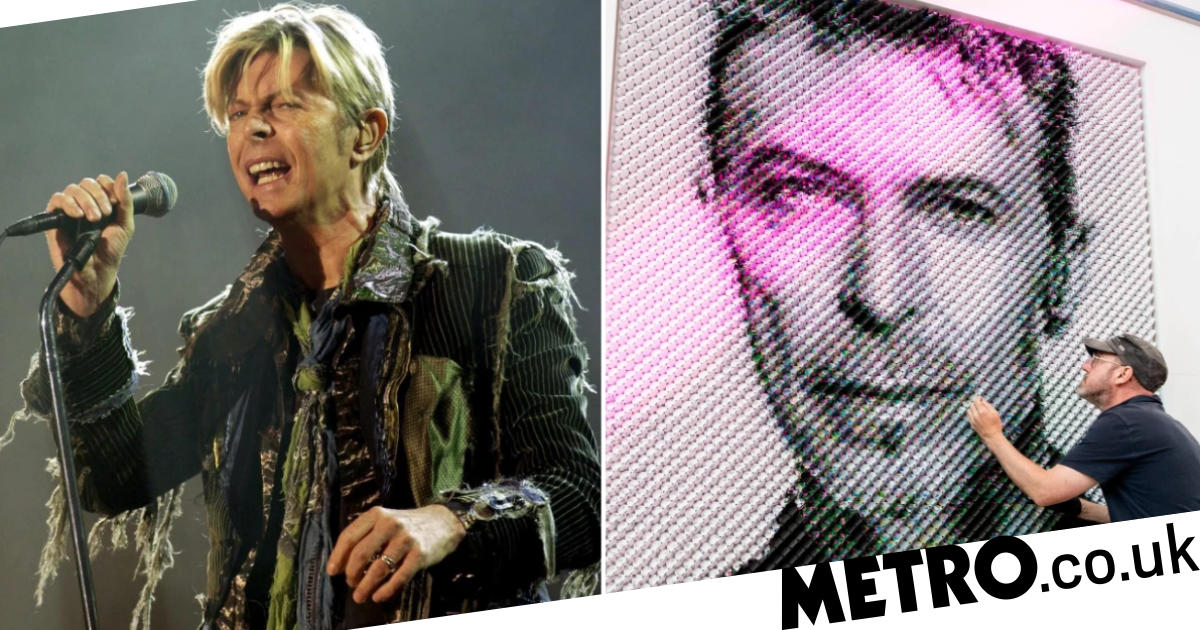