Ohtis have shared a new track called ‘Schatze’ – you can listen to it below.

The Illinois trio, who released their debut album ‘Curve Of Earth’ in 2019, teamed up with the Detroit artist Stef Chura for the song, which will appear on a forthcoming seven-inch vinyl titled ‘Schatze b/w Failure’ (out February 26).

Mixed by Collin Dupuis (Lana Del Rey, Angel Olsen, St. Vincent), ‘Schatze’ conducts a character analysis of the ‘Selfish Antisocial Male’ told primarily through the lens of his long put-upon girlfriend, who is portrayed by Chura, as per a press release.

“You’ve been playing that same goddam video game for 27 nights and 28 days/ Grow the fuck up dude, what the fuck“, Chura sings in her verse.

“I’ve always loved Ohtis and ‘Curve of Earth’ is one of my favourite recent releases to come out,” the singer explained of the collaboration. “Sam [Swinson] is a rare songwriter. He speaks from an honest and dark place with a sincerity that I think is refreshing and deeply relatable.

“Adam [Pressley] is an old friend who was living down the street from me in Detroit at the time this collaboration came to be tossed around. I think someone on my Instagram kept asking me about doing a song with them… So I made a poll as a joke which led to the inevitable. When they showed me the song and the call and response format I was instantly in love with it.” 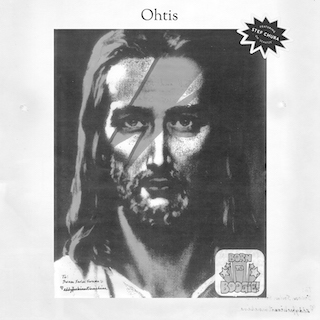 In a five-star review of ‘Curve Of Earth’, NME wrote: “There’s consistency and clarity to ‘Curve Of Earth’; perhaps more than you’d expect of a record 15 years in the making. What this album does, though, is contain the chaos of addiction, crystallising mistakes into something much more beautiful. The result is extraordinary and life-affirming.”