Noel Gallagher is raffling off a signed and personalised guitar in aid of Stagehand’s #ILoveLive campaign – you can enter the draw below.

The former Oasis frontman has donated his Epiphone Frontier to the cause, which is aiming to provide support for the unsung heroes of the live music industry (including stage techs, sound engineers, and tour managers) whose livelihoods have been impacted by the coronavirus crisis.

As we approach the one-year anniversary of concerts being halted due to the pandemic, Gallagher is giving fans the chance to win one of his acoustic guitars (see the image below).

You can enter the prize draw by donating through this Crowdfunder page, which has reached £13,638 of its £15,000 target at the time of writing. The fundraiser will close on March 17 at 6pm GMT. 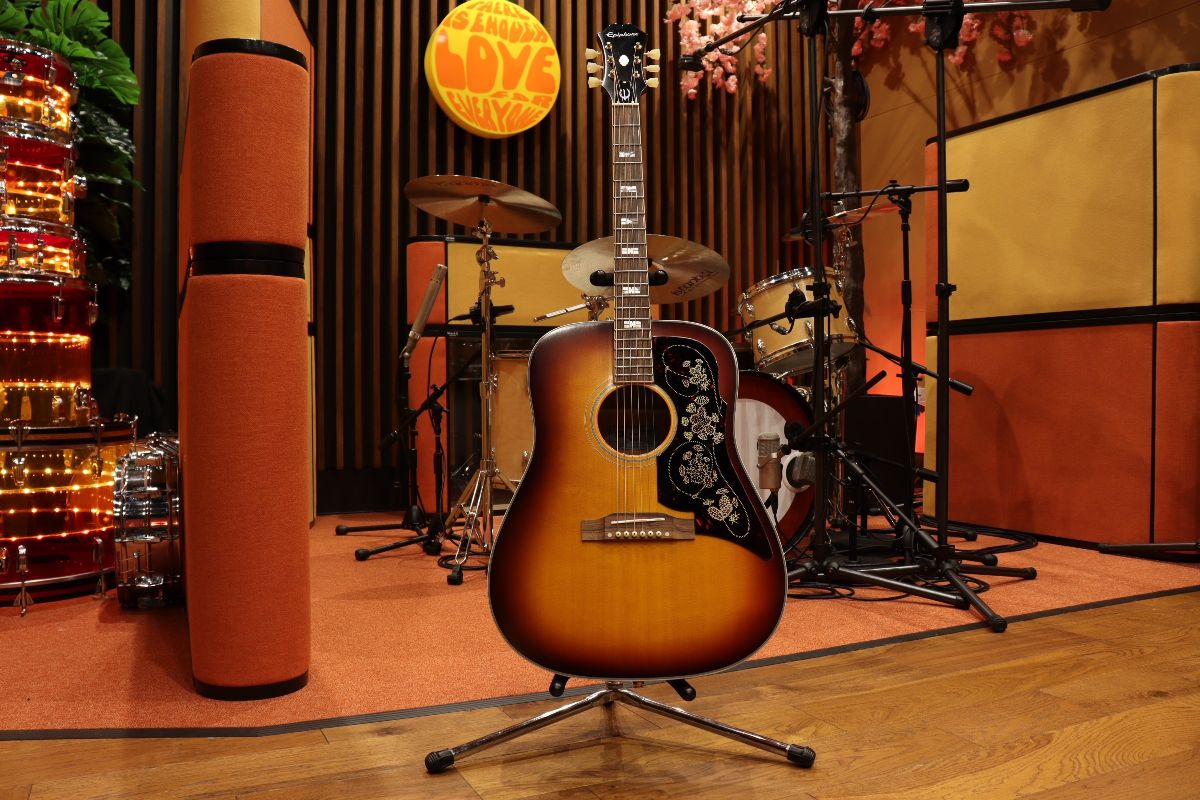 Back in December, it was announced that last year’s #ILoveLive memorabilia prize draw raised over half a million pounds for UK-based stage crew workers. Prizes included instruments signed and played by Liam Gallagher, The Cure’s Robert Smith, Radiohead and more.

Live events and festivals could be set to return this summer under the government’s proposed “roadmap” out of lockdown, with the four-stage plan detailing the gradual removal of all COVID restrictions by June 21.

Following the announcement, the likes of Reading & Leeds, Wireless, Latitude and Isle Of Wight Festival have confirmed their plans to return in 2021. However, events scheduled for earlier in the summer (such as Glastonbury, Download and The Great Escape) have cancelled for the second year running.

Meanwhile, Oasis fans have been invited to share their memories from Knebworth ahead of a planned special event to celebrate the 25th anniversary of the two legendary shows. The band played two nights at Hertfordshire’s Knebworth House on August 10-11 in 1996.