The government have revealed they are considering a four-tier traffic light system that could allow people to travel abroad this summer.

Culture Secretary Oliver Dowden stressed that rising COVID-19 infection rates in Europe could pose “challenges”, but explained that ministers were at an early stage of considering the traffic light system that could open up international travel, for people travelling to the UK and UK nationals returning from trips as potential holidaymakers, festival-goers or performing artists.

Reports from The Telegraph over the weekend claimed that Heathrow Airport had recommended a system with four levels – green, yellow, amber and red. Green list countries would be permitted to enter the UK with no travel restrictions attached but those travelling from nations on the yellow list would need testing and/or vaccination certificates.

However, no entry will be permitted from high-risk red list countries except for British and Irish citizens and those with certain jobs.

Dowden told Sky’s Sophy Ridge: “Clearly there are challenges around international travel, you only have to look across the continent and see the rising case rates in many of our nearest neighbours.

“It has been in the past the case that those rising infection rates have seen their way to the UK, we’re hopeful that won’t happen this time round because of our progress with the vaccine and so on, but we do need to be cautious about that.”

From the middle of April we’ll be conducting pilots in all sorts of different environments. pic.twitter.com/YDpCU7f1go

The roadmap for easing lockdown currently states those living in England can travel on holidays abroad from May 17 at the earliest. Heathrow’s chief executive John Holland-Kaye said: “The UK’s progress in the global vaccine race coupled with advances in testing, means that ministers no longer need to choose between public health and the economy – a risk-based approach to international travel will allow us to protect them both.”

He added:”‘Restarting trade and travel to key markets like the US after 17 May will be key to the government achieving its Global Britain ambitions and helping communities across the UK to level up.”

While the exact impact of the system on touring artists and music fans is yet to be revealed, it could potentially pave the way for foreign artists to fly in for some of the UK’s biggest festivals, and potentially allow for more international line-ups overseas too.

Paul Reed, CEO of the UK’s Association Of Independent Festival, previously told NME that festival bosses are focusing on delivering safe events this summer and  giving music fans something to look forward to, regardless of the line-up.

“Festival organisers have been talking for several months about alternative line-ups and what they might look like for the obvious reasons of travel restrictions,” he said. “I think the general sense out there is that it won’t really matter to audiences this year in terms who headlines and who’s playing.

“After doing 10 years of surveys at independent festivals, we know that over half the audience’s primary reason for buying a ticket was for the atmosphere and the experience, as opposed to headliners. You’ll inevitably see a lot more of that this summer due to the uncertainty around travel restrictions. People aren’t really concerned about the line-up.” 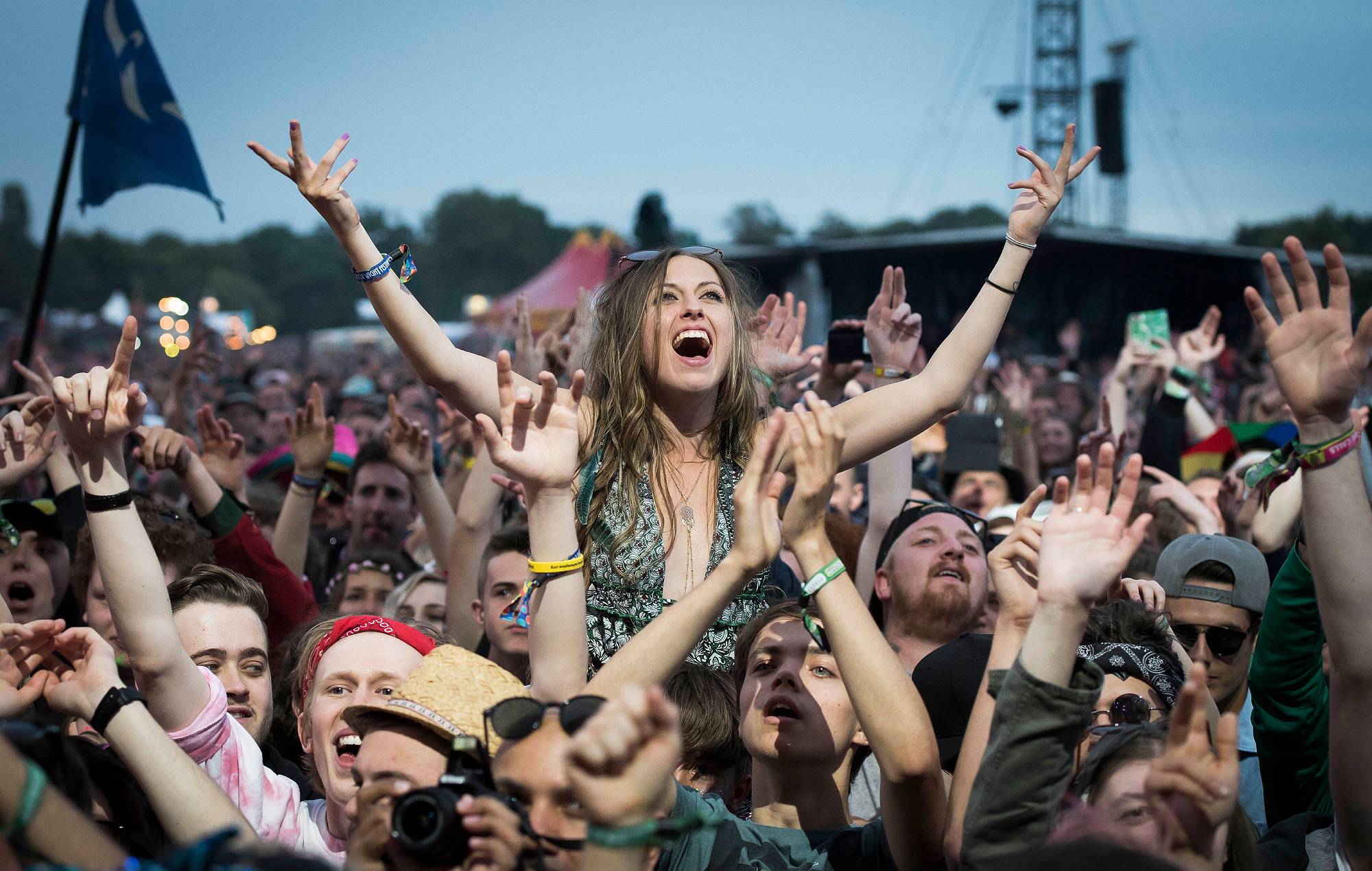 He continued: “It could be really exceptional in that sense. It could be an incredible opportunity for UK artists, and we’re very lucky that we’ve got so much talent on our doorstep that we can tap into.

“It’s really complicated in terms of international travel because it depends on what’s happening in each country and what the restrictions are. Getting to a point where an artist can tour and do a run of festivals but also quarantine in an economically viable way will be challenging.”

Speaking to NME, Isle Of Wight Festival boss John Giddings agreed that his own festival and the UK’s summer at large could be dominated by domestic talent.

“The vibe I’m getting is that we’re largely two or three months ahead of the rest of the world,” said Giddings. “With Americans travelling, it’s 50/50 – but who knows? There are seven months to go and the whole scenario can change.

“It’s going to be the ‘Great British Music Festival’ because it’s based in Britain, but there are enough artists out there wanting to play and entertain people. There’s an appetite out there for entertainment in a field and we’ve got a precedent for delivering what people like.”

Meanwhile in Europe, the summer of live music differs from country to country with each state’s success on handling the virus and rolling out the vaccine. Many EU festivals are prepared for entirely domestic audiences and line-ups, while others are more optimistic.

Madrid’s Mad Cool Festival boasts a stellar line-up that currently includes the likes of The Killers, Foals, Cardi B, Phoebe Bridgers, Kings Of Leon, Red Hot Chili Peppers, Deftones, Haim and Zara Larsson. Booker Cindy Castillo previously told NME that the festival were “currently working with agencies on all possible scenarios for this year” for how COVID might impact on the bill.

“I would say the whole industry is collaborating more than ever to try and make it work the best way, to achieve our plans,” she added. “We need live music to come back to our lives, to everyone’s lives.”

Dr. Michael Head is a Senior Research Fellow in Global Health at the University of Southampton. While telling NME that he was feeling optimistic for the summer, he also warned that people should “be careful that we’re prepared for any new COVID variants that might impact on the vaccine” – and that despite the vaccine and testing many will still be vulnerable.

He added that one currently can’t be certain what the rules will be for quarantining for overseas travel when the summer rolls around and that “those policies might change in the last minute”. For fans travelling to another country to attend a foreign festival, Dr. Head warned of the possibility of needing to quarantine on arrival or perhaps even testing positive on arrival and being denied entry.

“You need to consider whether all of these possibilities are worth it for what you’re going to do when you get there,” he said.

The huge demand for live music this summer has so far seen Reading & Leeds sell out, with Live Nation’s events selling an astonishing 170,000 tickets in the three days following the announcement of Johnson’s roadmap.

How kelp forests off California are responding to an urchin takeover