The stage lights will (hopefully) come alive in 2022

Let’s be honest with ourselves – the chances of mingling with other sweaty music fans in a dark venue at any point in 2021 are looking increasingly slim.

Even with vaccines, the enormous ripple effect caused by the coronavirus pandemic means getting the festival and live music industry up and running this year would be a huge and logistically-challenged effort.

Fear not though, it’s not completely doom and gloom as the stage lights are looking bright for 2022.

A growing number of music superstars – from Little Mix to Ozzy Osbourne – have been forced to delay their scheduled 2021 tour dates.

Disappointing? Yes, but it does mean we just have a whole slew of exciting shows to look forward to next when, hopefully, life gets back to some semblance of normality.

Which tickets will you be snapping up?

All the big music tours and concerts delayed until 2022

Perrie Edwards, Leigh-Anne Pinnock and Jade Thirlwall were due to hit the road on their Confetti tour – their first since Jesy Nelson quit – in April.

However, the UK and Ireland shows have been delayed by a year and will now kick off in April 2022 beginning in Belfast.

The girls have also kindly added an extra date in Cardiff so, frankly, all’s forgiven.

You know how much we love being on the road and performing every night for you all. However, due to the ongoing Coronavirus pandemic, we must prioritise the safety of our fans and crew and help to stop the spread. pic.twitter.com/edgkMzPEfI

The Holiday hitmakers said in a statement: ‘You know how much we love being on the road and performing every night for you all. However, due to the ongoing Coronavirus pandemic, we must prioritise the safety of our fans and crew and help to stop the spread.

‘Therefore we’re so sad to say that the Confetti tour will be postponed to April 2022. All tickets will be valid for the corresponding rescheduled dates and we’re taking this chance to add an additional show for our fans in Cardiff.

The rock gods have been forced to postpone their Rhapsody world tour yet again due to Covid.

Instead, they’ll be launching the anticipated UK leg in Manchester in May 2022.

Adam confirmed the rescheduled dates and told fans: ‘Under continuing Europe-wide Covid restrictions there’s no possible way the tour can go ahead as planned for this year. The prospect of again not being able to look forward to performing and getting to experience those wonderful audiences is just heartbreaking.’ 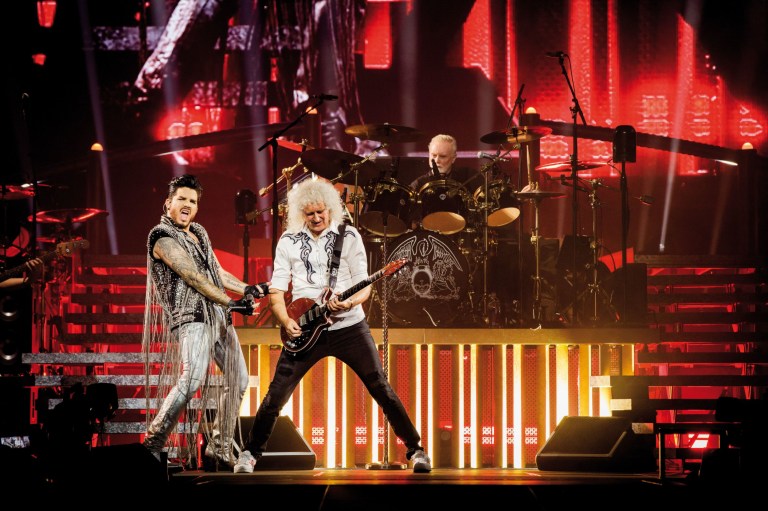 Queen and Adam Lambert will bring their Rhapsody tour to the world next year (Picture: PA)

Brian May added: ‘Those incredible scenes at those concerts now seem like an impossibly distant dream. One minute we are out in Australia strutting our stuff and interacting with thousands of happy people, next minute we are stuck in the house.

‘We were so lucky to be able to complete that tour, running just ahead of the wave that was about to break on us.’

Black Sabbath’s former frontman will have a bit more time to relax as he’ll bring his No More Tours II shows to the masses next year.

It was actually the Prince of Darkness’ wife Sharon Osbourne who spilled the tea as she told Planet Radio Rock: ‘Everybody’s booking their tours again for like 2022, and to find availabilities right now, it’s crazy. 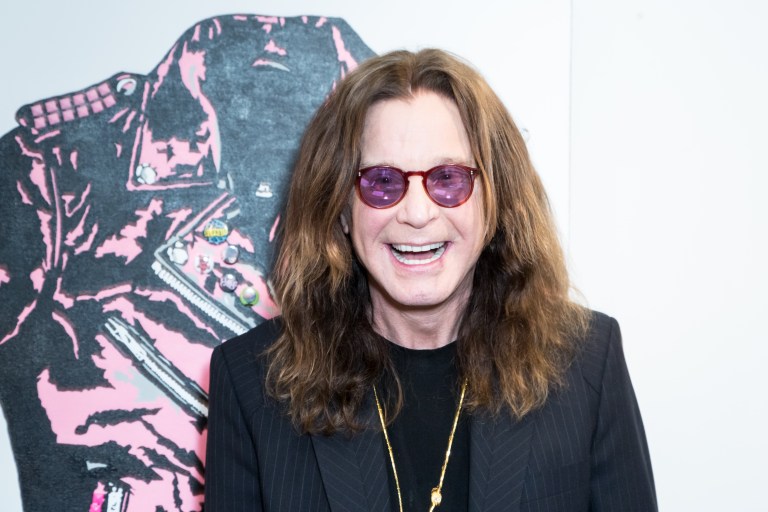 ‘Agents and facilities are going nuts, trying to get everybody back. It will be exciting. I think it will be a very exciting time when bands do go back and it’ll be joyous.’

Ozzy isn’t wasting time in kicking off as he’ll set off on January with the European leg in Berlin, Germany.

You’ll have to wait a little longer to do the Blinding Lights dance challenge with thousands of other fans as The Weeknd has rescheduled his After Hours tour until January 2022.

By then, it will be almost two years since the release of the eponymous chart-topping album, which dropped in March 2020, but you’ll have more time to learn all the words.

The Weeknd’s UK fans will have even longer to wait as the After Hours tour will arrive here in October.

While you’re waiting for the Spice Girls to announce a new tour, why not just check out the Sporty one instead?

Mel C will be headlining her own set of shows to support her latest solo album Melanie C, released last year.

â£ð Iâm sure itâs no surprise to most of you, but itâs with great regret that I have to announce my tour is postponed again, due to Covid-19. The new dates are now in January / February 2022. â 
â 
ð Find more info about rescheduled dates on my website. https://t.co/osixv28MGb pic.twitter.com/1RlnSBPpg2

The Wannabe singer will now hit the road in January starting in Lisbon, Portugal to kick off your year with a little spice.

The former One Direction singer was hoping to finally serenade us with his Fine Line hits last year after releasing the album way back in 2019 – doesn’t that feel like a lifetime ago?

Poor Hazza was forced to cancel the shows again, announcing in December that all UK and European shows are postponed ‘until further notice’.

He’s not yet confirmed the dates but 2022 is looking all the more likely.

Ariana hasn’t been able to perform songs from her latest album, Positions, live on-stage just yet.

Even when the album was released, Ariana predicted 2021 would be a bust for the touring industry and made it clear that she wouldn’t be hitting the road until 2022.

‘It’s not realistic. I don’t know why people are pretending that their tours are gonna happen right now. They’re like “delaying until the summer” and I’m like “good luck”,’ Ariana said.

Jennifer Aniston Through the Years