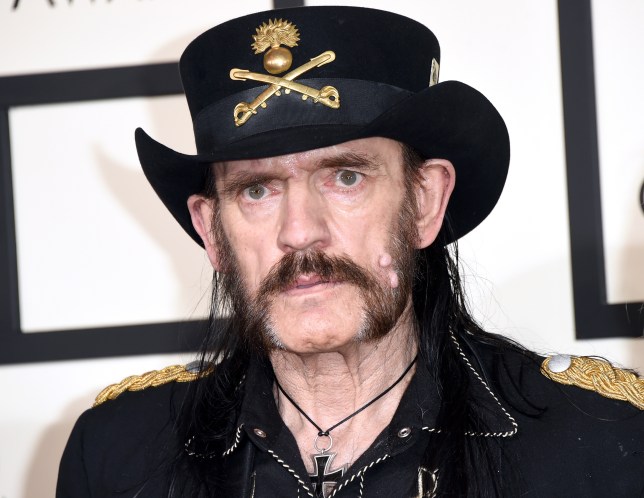 Lemmy’s ashes have been placed into bullets and gifted to friends (Picture: Getty)

If you want to make sure your mates have a small momento of you when you go, perhaps take some notes from late Motörhead star Lemmy Kilmister, who has seemingly requested his ashes be placed into bullets and given to his close friends.

It’s been claimed that prior to his death from prostate cancer and heart failure at the age of 70 in 2015, the bassist and frontman made a request for where his ashes should go.

Headbangers Ball host Riki Rachtman said that Lemmy asked for his ashes to be collected in bullets and passed along, sharing the end product with us this week.

Rachtman shared a photo of his own Lemmy bullet to social media, saying he only just received it, five years after his friend’s death.

The bullet bore the name of the legendary musician and sat on a black cloth in a small glass box.

Former MTV host Rachtman wrote on Twitter: ‘Before his death #Lemmy asked for his ashes to be put in some bullets & handed out to his closest friends.

‘Today I received a bullet & was literally brought to tears Thank you @myMotorhead.’

He wrote: ‘#Lemmy (RIP) from #Motörhead asked that his ashes be put in some bullet and given out to his closest friends, last night one was presented to my mate #whitefieldCrane whilst we were having dinner at “Lemmys bar in “The Rainbow”.’

Lemmy died in December 2015, two days after he was told he had cancer, and was laid to rest in early 2016, with the likes of Dave Grohl, Slash and WWE star Triple H reading eulogies at his funeral.

Following Lemmy’s death Foo Fighters star Grohl got a tattoo tribute to the icon and also recently revealed his band’s single No Son Of Mine was a tribute to the rocker.

He told OK magazine: ‘I wish Lemmy were alive to hear it, because he would see how much an influence he’s been to me.’