Morgan Wallen has blamed his use of the N-word on being on a ‘72-hour bender’, while urging his remaining fans not to defend his behaviour.

The disgraced country singer was caught on video shouting the racial slur while returning home from a night out in Nashville with friends.

He was immediately ousted from the country music industry with radio stations banning his music and his record label dropping him.

In a new video, Morgan apologises for his language and admits his statement was ‘long overdue’.

He then explained: ‘The video you saw was me on hour 72 of 72 of a bender and that’s not something I’m proud of either. Obviously, the natural thing to do is to apologise further and just continue to apologise, but because you got caught. And that’s not what I wanted to do.

‘I let so many people down who mean a lot to me and who have given so much to me and it’s just not fair. I let my parents down and they’re the furthest thing from the person in that video. I let my son down and I’m not OK with that.’

Later in the five-minute clip, Morgan asked his fans for a ‘favour’ and said: ‘I appreciate those who still see something in me and have defended me. But for today, please don’t. I was wrong. It’s on me. I take ownership for this and I fully accept any penalties I’m facing.’

Morgan Wallen has begged supporters not to defend him (Picture: @morganwallen, Instagram)

The Whiskey Glasses singer also revealed that he was asked by TMZ if he wanted to apologise which ‘of course [he] did’.

‘I wrote many detailed thoughts, but only a portion of those got used, [which] put me in more of a careless light,’ he complained.

‘I let so many people down…I let my parents down. And they are the furthest people from [that video of me]. I let my son down. I’m not OK with that…this week I have been waiting to say anything further until I got the chance to apologise to those closest to me that I knew I personally hurt,’ he added. 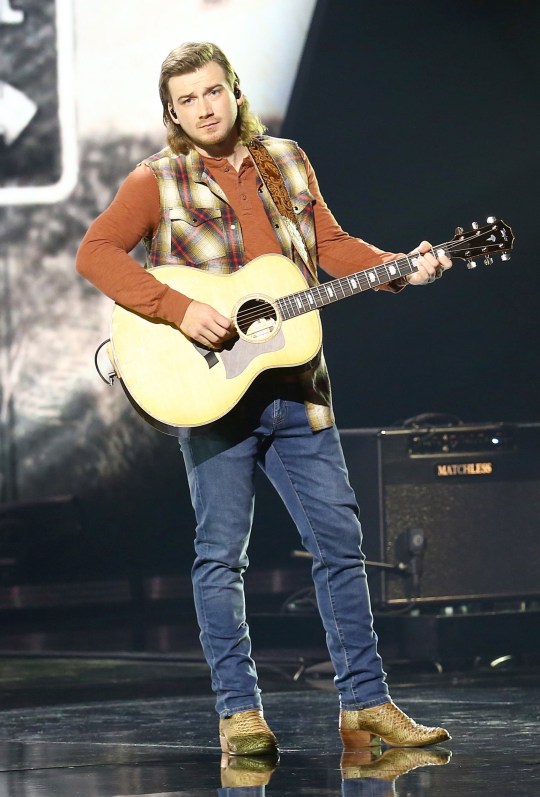 Wallen has been ousted from the country music industry (Picture: Getty Images)

The 27-year-old later revealed he’s accepted invites from Black-led organisations to have an educational conversation about the gravity of his language.

He explained: ‘They offered my grace and they also paired that with an offer to learn and to grow. And I will be honest with you, that kindness really inspired me to dig deeper on how to do something about this.

‘One thing I have learned already, that I am specifically sorry for, is that words matter and that word can truly hurt a person.’

Despite the controversy, Morgan still remained at number one on the Artists 500 chart for the fourth week in a row while his latest album Dangerous: The Double Album held onto the top spot on the US Billboard 200 chart, according to Rolling Stone.

Six sex positions to spice up your Valentine’s Day

Who is Neymar’s ex-girlfriend Bruna Marquezine and why did PSG ace break up with Brazilian actress? – The Sun