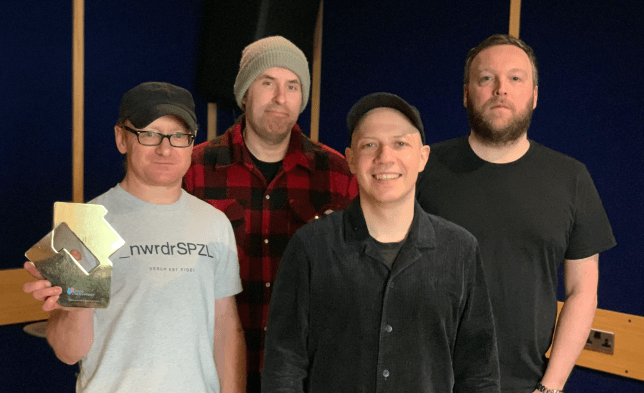 Mogwai have landed their first number one album with As The Love Continues, beating out stiff competition from Ghetts.

It’s an impressive milestone for the four-piece Scottish group, who made their debut in the industry 25 years ago after founding their own label, Rock Action Records.

As well as the album being at the of the album charts, it is also a best seller on vinyl and in independent record shops.

Guitarist and singer Stuart Braithwaite lifted the lid on the success of As The Love Continues to Metro.co.uk, revealing how the group – also made up of Martin Bulloch, Dominic Aitchinson and Barry Burns – were planning to celebrate.

‘We’re going to do a Zoom call with everyone involved with the record,’ the 44-year-old told us. ‘It’s got quite a small operation so just the people in the label, the rest of the band and a few of our friends. 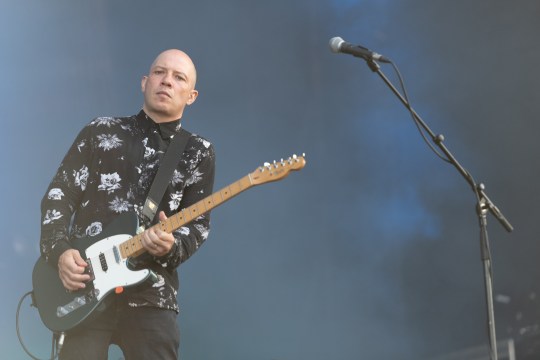 Stuart Braithwaite revealed how the group will be celebrating their win (Picture: Redferns)

‘We’ll have a few drinks and talk about how unbelievable it is.’

Stuart insisted that their celebrations would have been a little different if there wasn’t a pandemic, but joked that they would keep the commemorations going until lockdown restrictions ease.

That’s definitely a party we want an invite to.

This is the group’s 10th album since they dropped their debut record, Mogwai Young Team, in 1997 and, despite receiving a ‘wild’ reaction from fans, Stuart never expected to have a chart battle on his hands.

In fact, he initially thought it was a mistake.

‘I think you’re always conscious of losing peoples’ interest,’ he said when asked about the release. ‘I don’t think we were worried, we were always confident that this was a good record.

‘We always thought people who liked our music would enjoy this record but the response has been wild, it’s been beyond anything any of us really had any inkling of.

‘We’re quite lucky it’s done well in a lot of other places in Europe, we’re just looking forward to being able to go back and play. I think that’s the next step. It might take a while before gigs start up properly again.

‘It’s gonna be crazy, even if it’s not one we play. The first gig I go and see will be amazingly emotional.

‘There’s going to be a lot of emotion when people get back in a room, seeing and playing gigs.’

Before then, Mogwai will be revelling in the success of As The Love Continues.

And Stuart was full of praise for his wife, Elizabeth, and the fans who have been so supportive on their journey to the top – especially after such a tough 12 months for everyone around the world.

‘I just want to say thanks for all the support, we really, really appreciate it,’ he added. ‘It’s been a hard year for everyone and we’ve spent last year making this record.

‘The reason we make music is to make people happy, and for everyone to support us in this way, and respond so well to the music, is really beautiful.’