Meek Mill appears to be addressing his feud with Tekashi 6ix9ine on the mic as he’s teased what fans believe to be a diss track.

The US rappers almost came to blows on Saturday night after partying at a nightclub in Atlanta and filmed each other in the club’s car park shouting expletives and insults at each other.

At several points, it looked as though the two were going to clash physically but fortunately they were held back by their security teams.

Hours later, Meek shared a snippet on Instagram of a new song and it’s speculated that the lyrics are aimed at his rival.

Driving in his sports car, Meek raps along to the lyrics which include: ‘He a fraud on the ‘gram like who is that? / Big dog, real boss… n***a you a pet / Credit card n****a real fraud.’

Reacting to the track, one Instagram user said: ‘He got in the studio quick.’

‘He couldn’t wait to make a diss track??,’ another agreed. 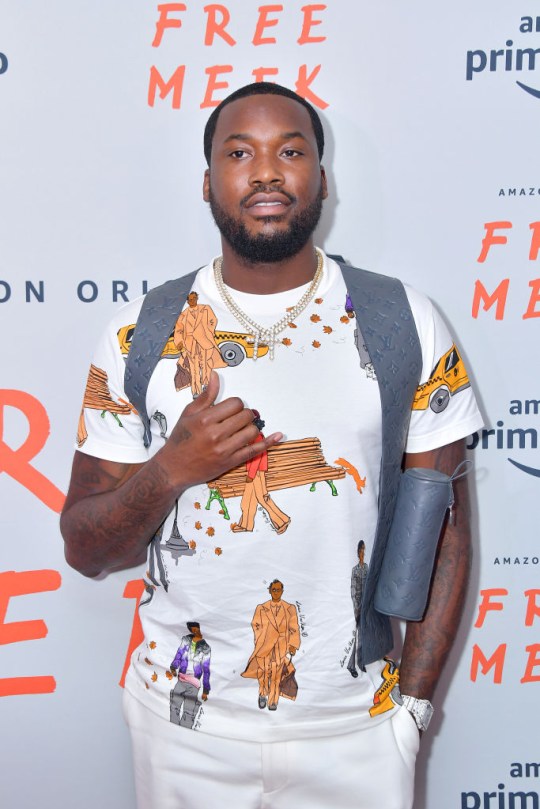 One said: ‘Not him making a whole song about it?.’

Another suggested Meek should just bury the feud and commented: ‘If i was rich i’d be doing anything else in the world. feeding the homeless, in a treehouse in a tropical location. anything.’

After sharing footage of the incident on social media, Meek detailed his version of events and tweeted: ‘The feds sent him to take me out wtf. [I] had to spit on him so he retreated lol he really waited outside the club for me. I thought I was dreaming wtf we almost smoked him lol he posed a lil threat popping up in the parking lot waiting for me.’

The All Eyes On You rapper added in a series of tweets: ‘69 waited out side the club for me they tryna get usssssss wtf.

‘We did not run into eachother I was getting in my car he just popped out ….we almost was smoking on that 69 pack for the love of a viral moment ….. he tryna get something locked up no cap lol.

‘Why did he pick meeeee wtf lol. Then he said a Pooh shiesty bar to me wtf.’

Tekashi also addressed the altercation and said in his own Instagram post: ‘Stop letting these rappers lie to you! They to [sic] tough for security @meekmill running around with police.’ 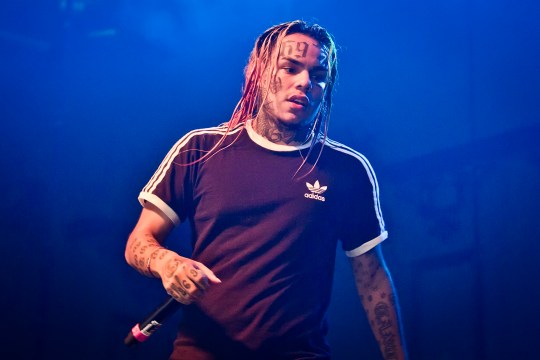 It was only a matter of time before the feud between Meek, 33, and Tekashi, 24, would reach boiling point after bubbling for almost a year.

Following Tekashi’s prison release last April, Meek indirectly tweeted about his rival: ‘I hope that rat going live to apologize to the people he told on or the victim….. Y’all forgot that fast a “rat” killed nipsey he wasn’t suppose to be on the streets!

‘That’s the only thing ima day because he’s dead… left his baby mom and child like a coward as targets!’

In June, Tekashi fired back and said in an Instagram live: ‘I’ma start with Meek Mill … I’m not clout chasing. I have more followers than you.

‘Meek Mill, you can’t pick and choose who you want to call rats. This is public information … Sir, you know. Ever since Nicki left you, you are a nobody … Did you forget who you was? I forgot what Drake said, what did Drake say? “Was that your tour or your girl’s tour?”‘