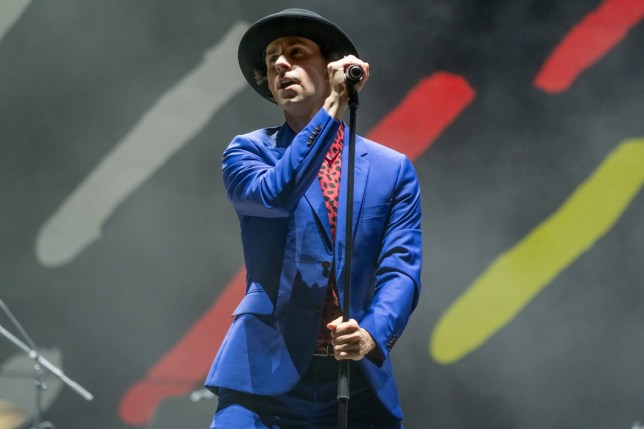 Maxïmo Park star Paul Smith is on the edge of something big (Picture: Getty)

Maxïmo Park front man Paul Smith has described taking on Alice Cooper in the race for number one as ‘quite odd’.

The Newcastle band are currently ahead in the midweek UK album chart with Nature Always Wins, their seventh album overall and their first album in nearly four years, with the School’s Out star at number two with Detroit Stories.

Maxïmo Park – made up of Paul, Duncan Lloyd, and Tom English – have pal Stuart Brathwaite of Mogwai to thank who, having reached number one himself last week, wanted to apply some pressure (sorry) by launching a social media campaign to get his fellow rockers to the top spot.

Presenter Greg James has also added his support, taking to Instagram to give a shout out.

‘This new album has come along at a time when we’re all feeling totally all over the place,’ the radio host said, excited, adding that it made him feel ‘comforted and inspired’.

Things have picked up steam for Maxïmo Park since – but Paul is trying his best to stay chill. 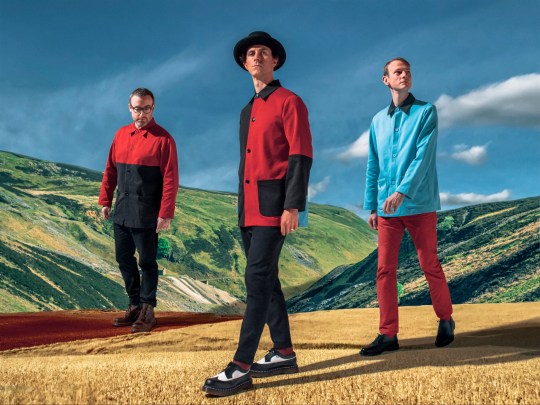 The band are back with their seventh album Nature Always Wins

He told Metro.co.uk: ‘A lot of my favourite bands or friends who are in bands have never had that kind of recognition that we’ve had already. We’ve had a number two record, we’ve had a really really strong following all the way through our lifespan as a band which I feel grateful for, because I know a lot of people don’t have that.

‘I think that kind of keeps our feet on the ground when it comes to weeks like this where the spotlight’s on us and you feel that kind of groundswell of people willing you on.

‘It does mean something. I’m generally very pragmatic about these things but I would be lying if I said it wasn’t pleasing to see people respecting what we do.’

The Our Velocity singer shared that the trio are content to be an independent band separate from the scene entirely and ‘kind of just get on with it’, but this week has made them hopeful about reaching more ears.

‘Everybody got on board with [the campaign],’ Paul said, ‘including people like Stuart. They’ve gotten on the bandwagon and said, “Yeah it would be great to have two independent bands being number one one week after the other”. It would be fairly unusual. 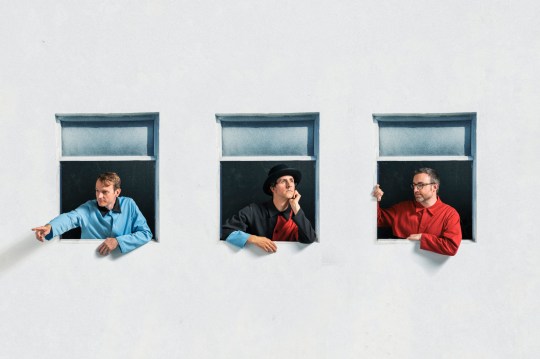 ‘I’d be lying if I said it wasn’t pleasing’: Paul is staying pragmatic

‘I didn’t expect it because it’s our seventh record, you know, people already have their minds made up about us in some ways.’

Like many of us, the musician has been unable to perform live as the pandemic continues globally, particularly hard for a visceral front man who feeds off the reaction of a crowd.

However we can take some comfort from the fact that even rock stars have had to turn their hand to home schooling, something that has been a comfort to Paul as he remains at home with his wife and four-year-old daughter.

‘On a practical level, not being able to work for a year and not being certain of work this year, has been hard’ he revealed.

‘It’s been difficult, but making Nature Always Wins, having my family around me, homeschooling my daughter, it’s something that if I was on the road, I wouldn’t have been able to do.

‘I can’t complain. I’ve got a roof over my head and I love my family and we’re all getting through it, even though some days are more difficult than others.’

Asked how he is feeling about taking on – and potentially toppling – a rock veteran this week, Paul told us: ‘Alice Cooper’s obviously a legend and we’re a little way on, and we’ve got younger artists around us who are putting out their first few records and they’re excited to be in the charts, so it’s quite odd.

‘You just focus on the music that you’re making and when you end up in a kind of chart race, you’re exposed to loads of different new dimensions where you think, yeah, we’re part of this pop culture, doing our thing.

He joked: ‘Everybody knows Alice Cooper for School’s Out but I wish he’d waited until schools were back in before taking us on in this chart battle!’

Nature Always Wins is out now.