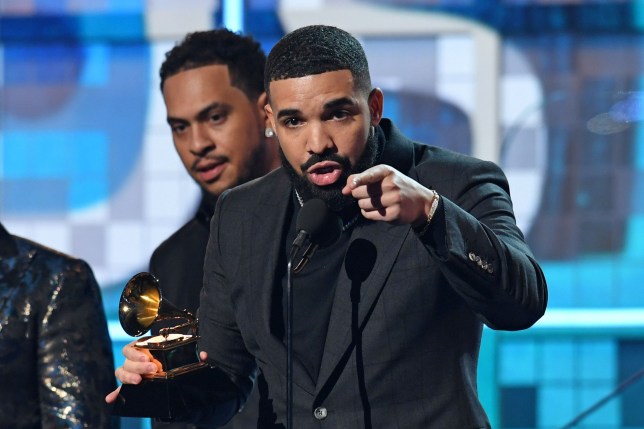 Lizzo has shed some light on that X-rated single in Rumours, her hot new single with rapper Cardi B that dropped on Friday.

In the track, Lizzo talks about the past year in the lyrics: ‘Last year I thought I would lose it, reading s**t on the internet/My smoothie cleanse and my diet, no I ain’t f**k Drake yet’.

The Juice singer told Zane Lowe on Apple Music 1 that she namedropped Drake in the suggestive line for a bit of banter.

‘I just thought it would be so funny to say. I have a small relationship with him. He’s very cool,’ she explained.

The star added that she wanted to turn the table on people who are used to hearing female artists being referenced in music because of their looks. 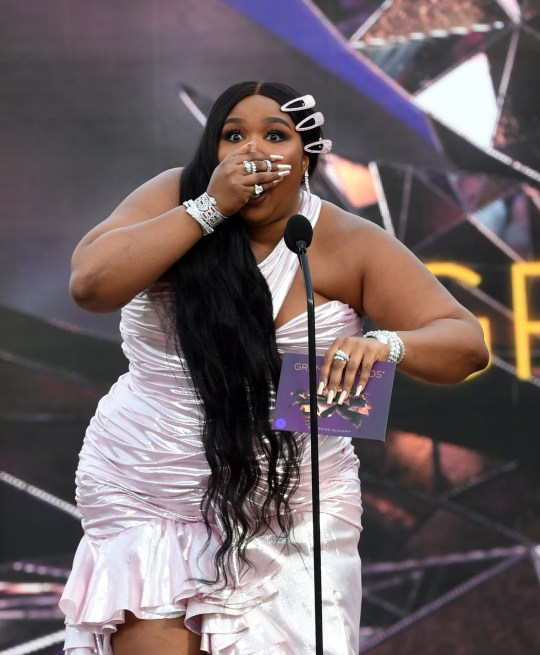 Lizzo added the line for a bit of banter (Picture: Getty)

Lizzo, real name Melissa Jefferson, shared: ‘I just feel like women, there’s so many times where girls’ names get dropped in songs because they’re fine.’

She also had high praise for the Bodak Yellow rapper, saying she was inspired by the way Cardi ‘follows her heart’.

‘Cardi B is the ultimate,’ Lizzo said of the star, who is expecting her second child.

‘She, to me, has always done it right. Everything that she said, every way that she’s reacted because you know why? It’s because she was true to herself the whole time.

‘She’s a ground breaker. You can’t deny her ability. She’s a superstar. She has changed the game forever for a lot of us, a lot of women.

‘I don’t even think she realises she’s doing it because it’s just like, I’m trying to just be successful. I’m trying to get this money. I want to live a happy life. She just follows her heart. That’s what I love about her.’