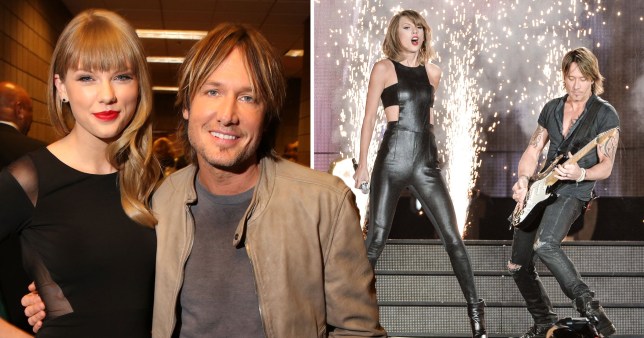 Country music star Keith Urban revealed he was doing last-minute Christmas shopping in Australia when Taylor Swift asked him to appear on her re-recorded album, Fearless.

Keith, 53, features on two Fearless (Taylor’s Version) tracks titled We Were Happy and That’s When.

Fans were delighted to hear the track when Taylor released the album, which originally arrived in 2008, last week as part of the process of re-recording her old material in a row over her master recordings.

Discussing their latest collaboration during his appearance on The Ellen DeGeneres Show, the We Were Us singer revealed the surprising way he got involved with the project

He explained: ‘I’m at the shopping mall doing my Christmas shopping and I get a text from Taylor saying, “I’ve got these couple of songs I’d like you to sing on, do you want to hear them?” and I said, “Sure”.

‘So she sends me these songs and I’m sitting in the food court at the shopping centre listening to these two unreleased Taylor Swift songs.’ 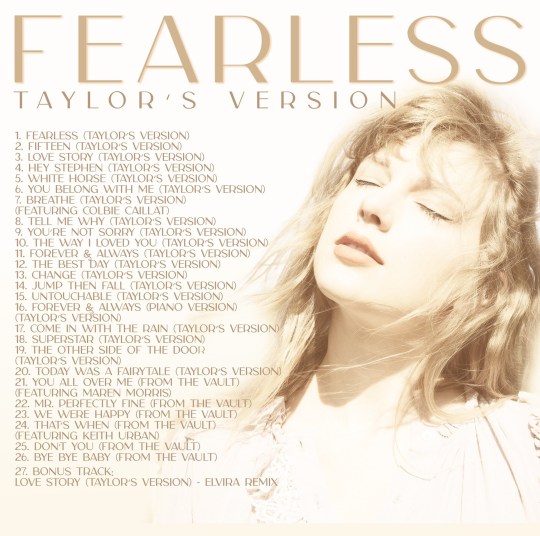 Fans have been streaming the album non-stop since its release (Picture: Taylor Swift)

Keith laughed: ‘It was an unusual place to be hearing unreleased Taylor Swift music but I love the songs and luckily got to put a vocal on both of those.’

The New Zealand-born crooner – who has two daughters with Hollywood actress wife Nicole Kidman – told Ellen that his girls are ‘big Taylor Swift fans’ as he added: ‘They were just excited dad got a text from Taylor Swift.’

It was the first album to drop since the star revealed she is re-recording her masters, after the rights to them were bought by producer Scooter Braun.