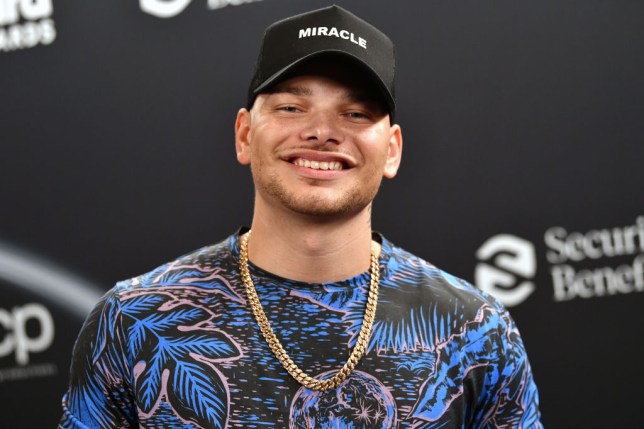 Country singer Kane Brown has become the first Black solo artist to win the ACM video of the year awards.

Ahead of the 56th Academy of Country Music Awards this weekend, the 27-year-old artist is one of many winners who have found out about their victories before the ceremony.

Wednesday saw the biracial singer win his first ever ACM gong for the video to his track, Worldwide Beautiful.

The emotional video made a mark following its released thanks to the powerful message it makes about justice and equality.

Kane found out the news on CBS This Morning and opened up about his inspiration for the song as he stated: ‘I wrote this song with three of my buddies out of Nashville. We were just like, “You know, it would be a great day when everybody could just see the beautiful in the world”… we’re all a little different, but we’re all just different types of beautiful.

‘So we just wrote a song about it. When everything started coming out in the media, we felt like it was time to release it… Our fans were asking for it. I couldn’t ask for it to come out any better than it did.’

JUST REVEALED: Country music star @KaneBrown just won “Video of the Year” for #WorldwideBeautiful ahead of the @ACMAwards, becoming the first Black solo winner in that category. pic.twitter.com/bPBCx9q6Fn

Taking to Instagram to celebrate the news, he wrote: ‘I was just Grateful to be nominated let alone win my FIRST ACM AWARD!

‘Thanks @acmawards for nominating the video, the awesome writers who helped me with the song and of course the fans who listened 🔥 we got us one!!’

The Be Like That singer is also nominated for album of the year for his album, Mixtape Vol. 1.

Sunday’s ceremony will see fans get to enjoy as performance of Famous Friends by the star and Chris Young and Brown as country’s biggest names come together in Nashville.