Jesy Nelson has headed back to work (Picture: @jesynelson, Instagram)

Jesy Nelson has dropped a major hint that she’s set to launch a solo music career after quitting Little Mix, by heading to the recording studio this week.

The Woman Like Me singer quit Little Mix in December explaining that she felt too much ‘pressure’ being in the girl group and would be taking time out to focus on her mental health.

Perhaps feeling rested and revitalised, Jesy seems ready to get back to work as she shared a Instagram story of herself sitting in the studio with two producers at the mixing decks, including one playing the guitar.

She didn’t offer any explanation with the picture but left several cheeky laughing monkey emoji.

On her main Instagram feed, Jesy took a selfie in the mirror with the teasing caption: ‘Let’s go ???.’

Fans began bombarding the pop star with DMs asking if she was indeed going solo and Jesy only added fuel to the speculation by reportedly replying to one: ‘Maybe.’

One fan defended Jesy’s possible decision to release her own music and commented: ‘Jesy ‘presumably’ going forward with a solo career doesn’t mean she didn’t want to be with LM It’s that being in a girl group means you are going to be compared to the other girls all the time, and that was a reason why her mental health deteriorated. Don’t hate on her pls.’ 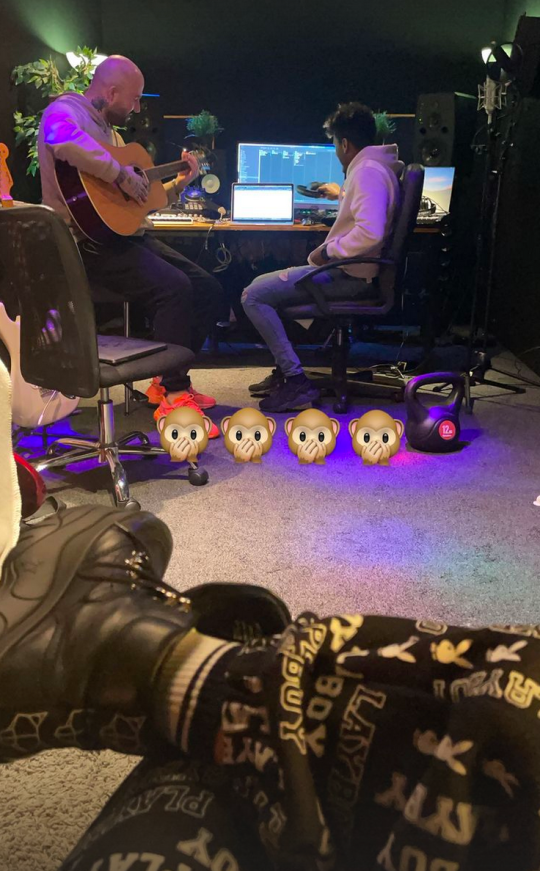 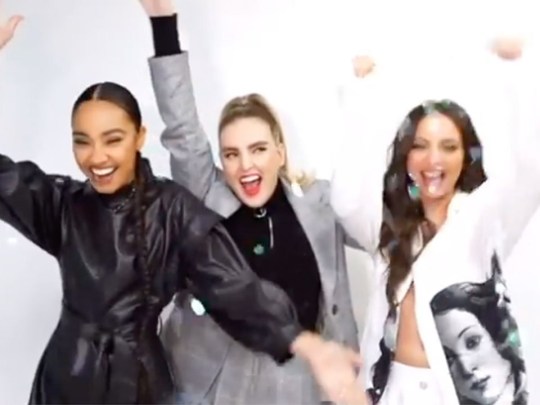 Proving to be the most supportive fan, one stated: ‘I’m still going to check out/support jesy in whatever she chooses to do just like I’ll continue supporting little mix regardless what they do whether it’s solo or group related.’

Another commented: ‘Ngl i’m kinda excited to see what jesy has to bring in her solo music. we saw how much she hated bubblegum pop. her own mature era is coming.’

Announcing her departure from Little Mix two months, Jesy explained: ‘The past nine years in Little Mix has been the most incredible time of my life…

‘The truth is recently being in the band has really token a toll on my mental health. I find the constant pressure of being in a girl group and living up to expectations very hard.’

She continued: ‘There comes a time in life when we need to reinvest in taking care of ourselves rather than focussing on making other people happy, and I feel like now is the time to begin that process.’

Little Mix singers Leigh-Anne Pinnock, Perrie Edwards and Jade Thirlwall are continuing on as a three-piece and are preparing to embark on their Confetti tour in 2022.