Speaking in a new interview alongside Pearl Jam‘s Stone Gossard, the pair talked about a variety of topics including the time McKagan first met his future bandmate in a Los Angeles deli.

“I met him and [former Guns N’ Roses drummer] Steven Adler at [Jewish deli] Canter’s,” McKagan told Spotify’s Rock This With Allison Hagendorf podcast. “It’s a restaurant. I had never been to Canter’s. [The owner] Marc Canter was Slash’s boyhood friend. These guys grew up with each other in L.A.

“It was so foreign to me. I had come down [from Seattle] and played punk rock gigs [in L.A.], but I didn’t know anybody in Hollywood, and here I was. I walked in. His name was Slash in the ad. We talked on the payphone, and I thought he’d be some, like, punker guy like me. ‘Cause it was ’84.

“By ’84, and Green River is a good testament to this, by ’84, people were looking, like, ‘Whatever’s gonna be next is gonna be on our shoulders. Punk’s done.’ The hardcore had come in and kind of ruined a lot of punk scenes. It was these suburban jock guys who shaved their heads and started beating up people and doing ‘sieg heils.’ It was, like, ‘This is not punk, guys.’ So whatever was next, it was gonna be up to.” 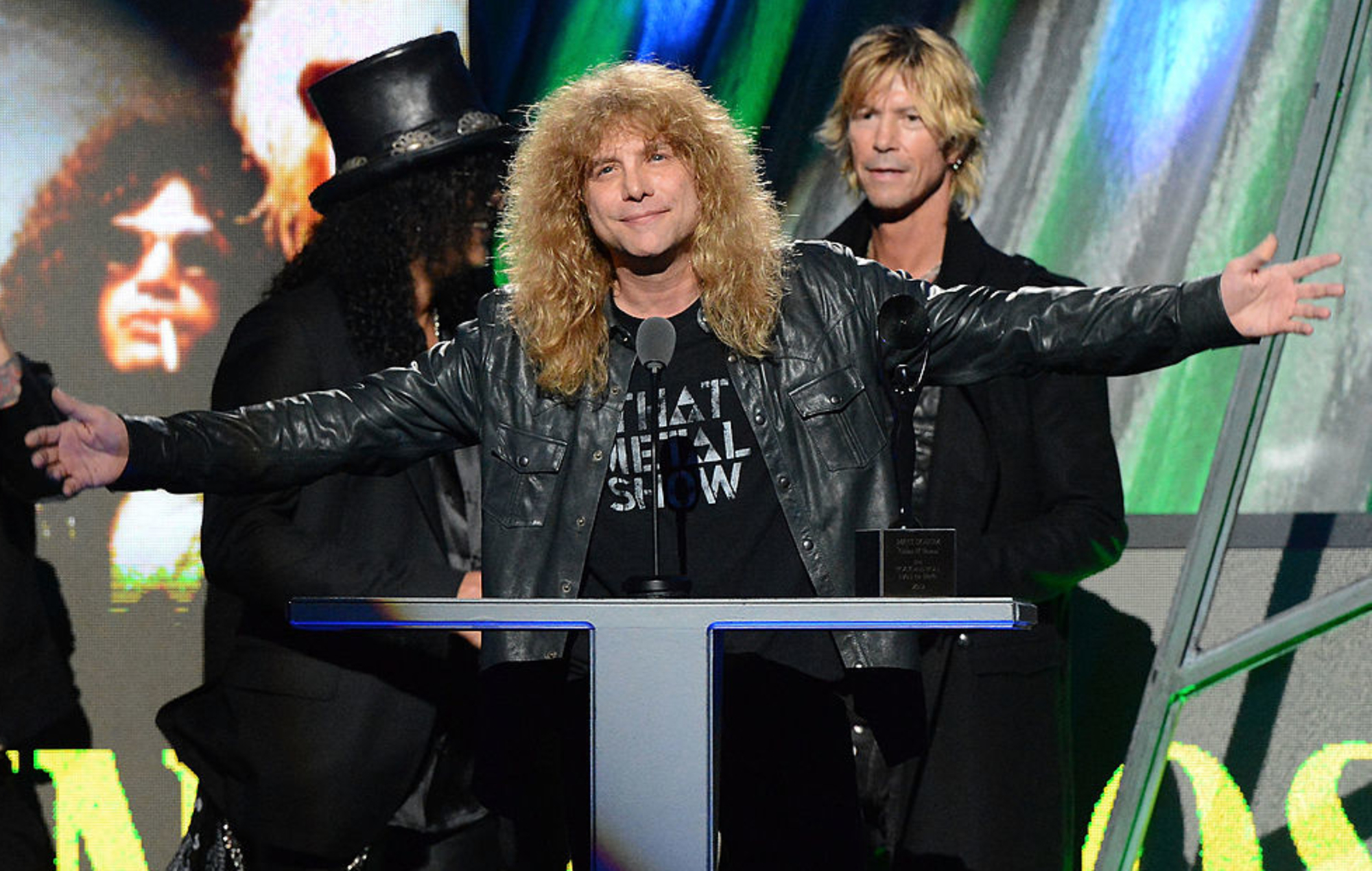 McKagan continued: “So this guy’s name was Slash. The influences he liked were Fear, Aerosmith, Alice Cooper… I’m, like, okay, but this guy’s going kind of where I’m going. I had blue hair, short blue hair. I walked into Canter’s. And they told me what booth they were gonna be at. So I found the booth, and it’s these two long-haired guys, and I’m, like, ‘Woah.’ It was kind of a culture shock, and I think I was a little bit of a culture shock to them. But we sat down and started talking, and we talked about music. And that’s the thing that – it’s a universal thing.

“We went back to Slash’s house, his mom’s basement, and he started playing acoustic guitar. [Prior to that] I had played with these guys. Stone mentioned Paul Solger – he was the guitar player [at the time]. He could play leads and he was smooth and slick, and I thought he was the best guy on the West Coast. And I got in this basement with Slash, and I’m, like, ‘Oh, wow.’”

Last week, Duff McKagan’s pre-Guns N’ Roses band The Living shared the video for their song ‘Live By The Gun’.

The band, which formed in Seattle when the bassist was 15 years old, put out a record of previously unreleased songs ‘The Living: 1982’ on Friday (April 16).

Meanwhile, Guns N’ Roses have rescheduled their upcoming UK and European tour dates to 2022 due to the coronavirus pandemic.