As a music manager, Glastonbury was a big feature for me every year (Picture: OLI SCARFF/AFP via Getty Images)

I love Glastonbury Festival and I love being there as the ‘grandfather energy’.

I love getting into discussions with young people about what they listen to, as well as what they wear and what they believe in. I’m always fascinated to discover the type of music they ‘feel’ and why they came to this place specifically to experience that.

Glastonbury is the big event where you can see many acts from the past and present. The line-ups are truly multi-generational. It has become a memory lane.

I see Glastonbury Festival as an adventure that shows how culture is changing and developing over time. From the emerging musicians to the clothes, food, and everyone discovering the same things.

That’s why I’ve been going for over 40 years – and I’ll keep going for hopefully many more to come.

My first Glastonbury was in 1980 when I was 27. I was drawn to the place itself because of Tor and the myths of Glastonbury.

The Isle of Avalon and King Arthur has always fascinated me, as well as Stonehenge, which is only 50 miles away. I saw it and it opened my eyes to all kinds of possibilities.

When you enter Glastonbury for the first time, it is as if you are entering a different sphere. During my first experience, watching everyone walk around and get lost in this other world reminded me of the beauty in life and humanity – enjoying the air and soaking in the atmosphere.

One of the first bands I ever saw perform there was New Order, who a few months earlier were still Joy Division. I went there to meet with them as I wanted to represent them as a music manager. 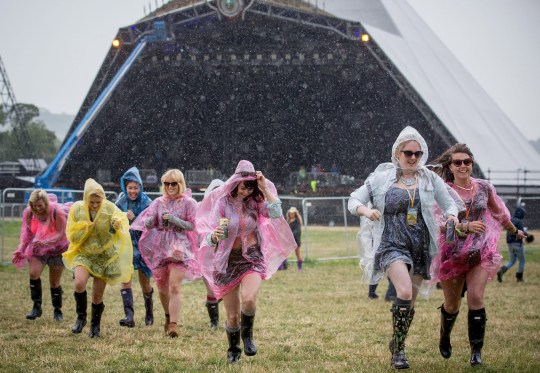 I feel a very strong connection to the people who go to it (Picture: David Hedges / SWNS.com)

It did not work out for me professionally, but the magic that was in the air got to me. It was not simply the bands; it was the air and the vortex of love that is Somerset in the Glastonbury region.

In 1981, I got involved with some students from Bristol who wanted Peter Gabriel to head a World Music Festival of song and dance. WOMAD festival was born from this, and I helped along the way.

I got the money to put together the festival through creating the music label and assembled the first WOMAD album comprised of world artists from many diverse nations, who went on to play at that first WOMAD.

Glastonbury was much smaller then and I naively believed WOMAD would be a bigger festival when we started it, but I was wrong. The charm and magic of Glastonbury has endured and flourished.

I’ve lived in many different places during my lifetime. Some might say I’m a bit of a nomad and I certainly felt a strong desire to stay in Glastonbury, but the world called me away. However, the magic of Glastonbury remained with me and has resulted in me being a constant visitor.

Every year I have been since, the familiar feeling returns. I go whenever I can because it’s a very special place to me. I will always enjoy events that are bursting with people – whether that be sport or music or anything.

There is something magical about a shared experience in a bustling crowd of strangers who you will likely never meet again. This feeling hasn’t dwindled as I have grown older.

As a music manager, Glastonbury was a big feature for me every year. English DJ, Adamski, was the first artist that I managed to get to perform at Glastonbury, which was in 1990. That was an experience I’ll never forget.

When I arrived at the festival with Adamski and our crew, we couldn’t get through because of how late we were. The security wouldn’t listen to me or let us in, and I started to panic that they wouldn’t make their set.

So as a last resort, I gave a security guard £40 and bought his vest from him so that I could pretend to escort Adam through the crowd. It worked and he made the set. There was not a chance I was going to let him miss out on an opportunity as big as Glastonbury.

In 2008, I watched my dear friend Leonard Cohen perform. As he opened with Dance Me to the End of Love, I couldn’t believe how magical it felt – another reason I have so much love for it.

Although Glastonbury is very special to me. I don’t necessarily feel a stronger connection to it than I do to any other festival. I do, however, feel a very strong connection to the people who go to it.

For example, I met artist and lecturer Lui Krieg at Glastonbury, who has been a friend and companion to me and my wife Debbie ever since. Together, we have been creating the School of Sacred Knowledge, a school of spiritual learning.

I’m 70 this year, and my attitude and enjoyment of festivals and live music events hasn’t changed as I have aged.

In fact, I took my son to Glastonbury in 2010, when he was 23 and I was 57. Despite him enjoying the festival, he didn’t want to camp! Instead, he wanted to stay somewhere more luxurious with a real bed.

Even though I was 30 years older than him, I was still eager to get the full festival experience, including uncomfortable sleeping arrangements.

I think there are misconceptions about the crowds at festivals being exclusively under 30s, when this has not been my experience at all. We must challenge ideas that music fans should miss out on a festival experience due to age or fear of judgement.

This is particularly true with Diana Ross performing this year. If she can go at 78, so can anyone! 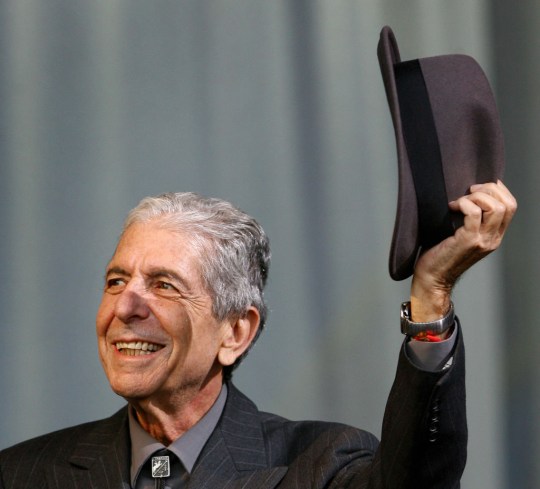 The festival experience hasn’t really changed for me because of my age; I still get the same enjoyment out of it as when I was in my 20s, but I think my age and experience allows me to see how much the culture itself has changed across the decades.

Sadly, music events are so much more corporate now, and I think you can feel that. The move towards a computer-based world – where music taste is often predicted and suggested to us based on various algorithms – means we are being told what to like. Computers dictate everything.

I would love to see Glastonbury and other festivals return to where they were. When I first started experiencing festivals, you heard brand new music and made a judgement in the moment, and were more inclined to devise your own opinion and taste. These decisions have been taken over by our technology.

Despite changes in the music industry – which I feel has tainted the spirit of the festival slightly – the experience of Glasto and everyone being there, and the intoxicating atmosphere remains the same.

In the future, I would love to bring some of my artists; Roxx Revolt and the Velvets, Dalles Jacobus, Isaac Ryan Brown and Lui Krieg to Glastonbury. I’d also love to speak about my book there and be more involved, as I have done at many other festivals – such as WOMAD, EXIT and Greenman, to name a few.

I’ll continue to attend Glastonbury in the years to come, as many times as they’ll let me!

Since when was there an age limit on doing what makes you happy? Nobody should be excluded from experiencing music first hand due to age, as long as accessibility requirements are being met by the events.

In 2019, only 14% festival goers in the UK were over 55. I would love to see that number increase, but I think we need to see a shift in the narrative around festival culture first in order to encourage this shift.

Age means nothing, you just need to live your life. Glastonbury is the perfect place to do that.

Steven Machat has worked with the likes of Genesis, Phil Collins, Phil Spector, Peter Gabriel, Leonard Cohen and the Electric Light Orchestra. His latest book, We’ve Got To Get Out Of This Place is the culmination of over five decades of research and explores the smoke and mirrors that surround humanity, religion and philosophy, revealing the truths that remain hidden in plain sight.

Where Arsenal’s ‘British core’ are now with two without clubs, Ramsey looking for exit and Gibbs at Inter Miami